VERIFY: Fact-checking misinformation in Trump's speech prior to his supporters storming Capitol Hill

Trump reiterated many debunked and unproven claims about voter fraud that he has made since losing the election in November. 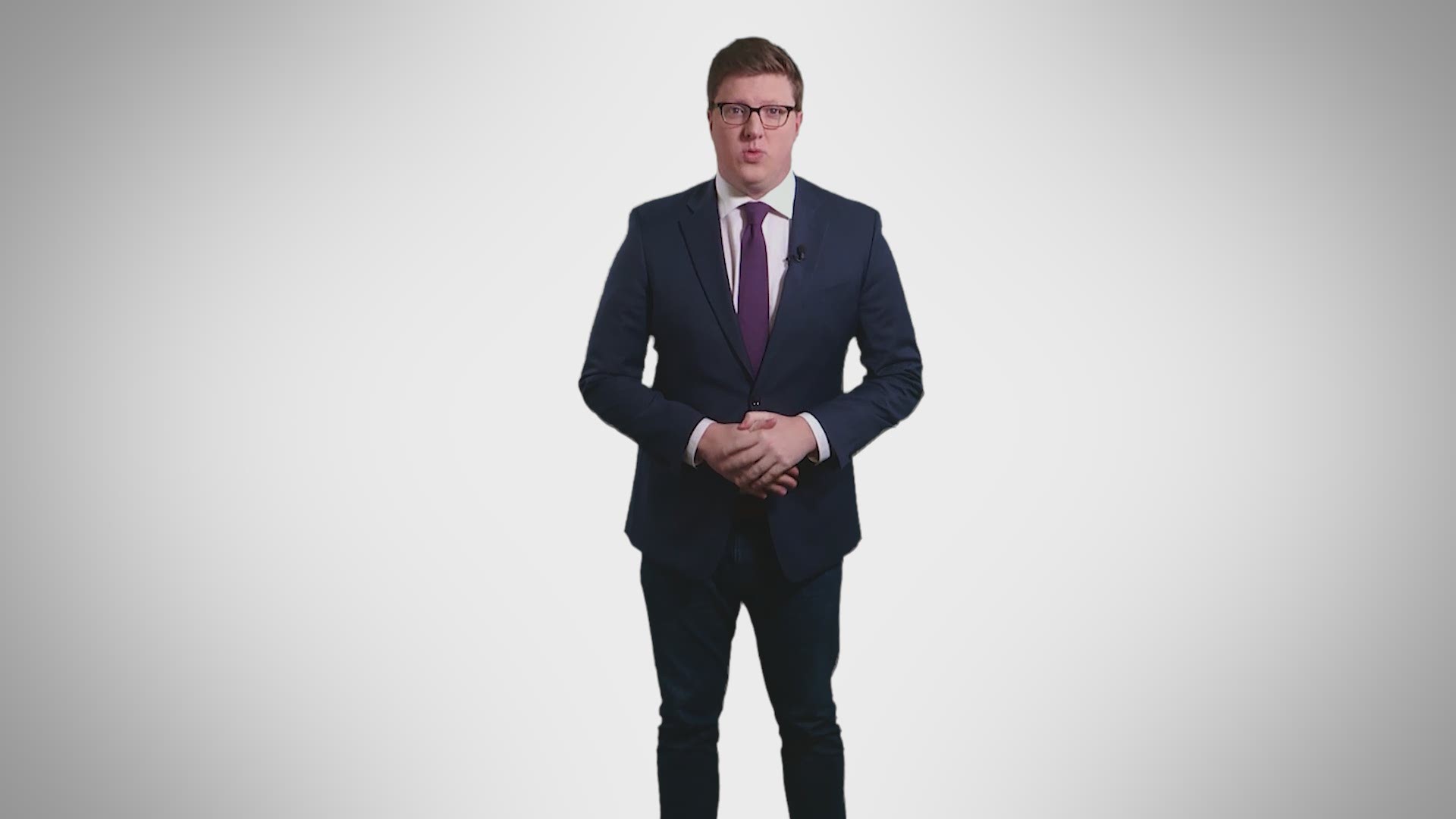 President Trump spoke to a crowd of his supporters in Washington, D.C. on Wednesday for over an hour just before the crowd marched to and stormed the Capital Building.

His speech was filled with a mixture of debunked claims and claims presented without any supporting evidence regarding his unproven case that the 2020 election’s results were changed by massive amounts of voter fraud.

Here are some of the many claims Trump made during his speech and the evidence to the contrary.

The numbers show this is totally false.

In June 2020, the most recent date in which Pennsylvania has voter registration statistics recorded in its archives, there were 8,599,294 registered voters.

According to Pennsylvania’s official election returns, there were 6,915,283 votes in the presidential election this year. That’s 1.5 million LESS than the total number of registered voters.

In fact, the difference is even greater than that. People could still register to vote in Pennsylvania in time for the presidential election after June and in October the Pennsylvania Secretary of State announced voter registration topped 9 million.

So that’s at least two million more voters than votes, NOT 205,000 more votes than voters.

CLAIM: “66,000 votes in Georgia were cast by individuals under the legal voting age.”

This is false, according to the numbers from the Georgia Department of State.

“Then there is the claim that 66,248 people below the age of 18 voted,” he said during the press conference, which was recorded in the transcript afterwards. “The actual number is zero.”

“Let me be clear. 66,000 versus zero. And the reason we know that is because the dates are on the voter registration. There are four cases, four where people request to their absentee ballot before they turned 18 but they turned 18 by the Election Day. That means that is a legally cast ballot.”

Sterling, like Georgia Secretary of State Brad Raffensperger and Georgia Governor Brian Kemp, is a Republican.

CLAIM: Mike Pence can choose whether to accept or reject electoral votes of states

Neither the Constitution nor U.S. Code support this. In fact, this was fact-checked yesterday.

RELATED: VERIFY: What happens when a member of Congress objects to the election results?

3 U.S. Code § 15 states the Vice President reads out the results submitted to him by the states and that he should ask if there are any objections -- but ultimately it’s Congress who debate and vote on whether to object to a states’ electors or not.

Article II Section 1 of the Constitution says the Vice President opens all the certificates, but does not give Pence any authority on accepting the votes. The 12th Amendment to the Constitution reiterates this role.

Pence himself announced just before the counting of the electoral votes that his study of the law came to the same conclusion -- that he has no authority to accept or reject the results of this process. He said he would not attempt to do so as a result.

CLAIM: “That election, our election was over at 10 o'clock in the evening, we're leading Pennsylvania, Michigan, Georgia, by hundreds of 1000s of votes. And then late in the evening or early in the morning: boom, these explosions of bull***.”

A past VERIFY found that states very rarely finish counting the ballots the night of the election, even in past elections. States have various deadlines for certifying their election results, accepting absentee ballots and beginning their absentee ballot counts. Thus, different states will vary on the speed of their vote counting because of this. It typically goes unnoticed because in most years, the votes counted later don’t significantly change the early results.

This year, however, there was more mail-in voting than usual. There was also a partisan lean as to who voted in-person and who voted by mail. And since some states counted mail-in votes early while others waited until Election Day to even begin processing them, some states appeared stronger for Democrats than they were in actuality and other states appeared stronger for Republicans than they were in actuality.

RELATED: VERIFY: Votes don’t have to be counted by end of Election Day

CLAIM: “In Fulton County, Republican poll watchers were rejected, in some cases physically, from the room under the false pretense of a pipe burst -- ‘Water main burst, everybody leave!’ -- which we now know is a total lie.”

This is false. There was a water pipe that burst in a room where ballots were being tabulated. It did not damage any ballots or equipment, however, it briefly delayed the tabulating of ballots, as they were not tabulated during the time repairs were taking place.

This has been fact-checked multiple times, as well.

Jessica Corbitt-Dominguez, director of external affairs for the Fulton County Government, said in a November statement:

"At approximately 6:07 a.m. on November 3, the staff at State Farm Arena notified Fulton County Registration & Elections of a water leak affecting the room where absentee ballots were being tabulated. The State Farm Arena team acted swiftly to remediate the issue. Within 2 hours, repairs were complete. No ballots were damaged, nor was any equipment affected. There was a brief delay in tabulating absentee ballots while the repairs were being conducted.”

More recently, in the same January 4 press conference referenced above, Gabriel Sterling went over step-by-step what happened at State Farm Arena that day and referenced videos you can find on Georgia’s Secure the Vote website. The very first video shows the floors wet and water spreading across them.