VERIFY: Do you have the attention span of a goldfish?

Many people think this information comes from a Microsoft Canada report, when in fact it's from the lesser-known website “Statistic Brain.” 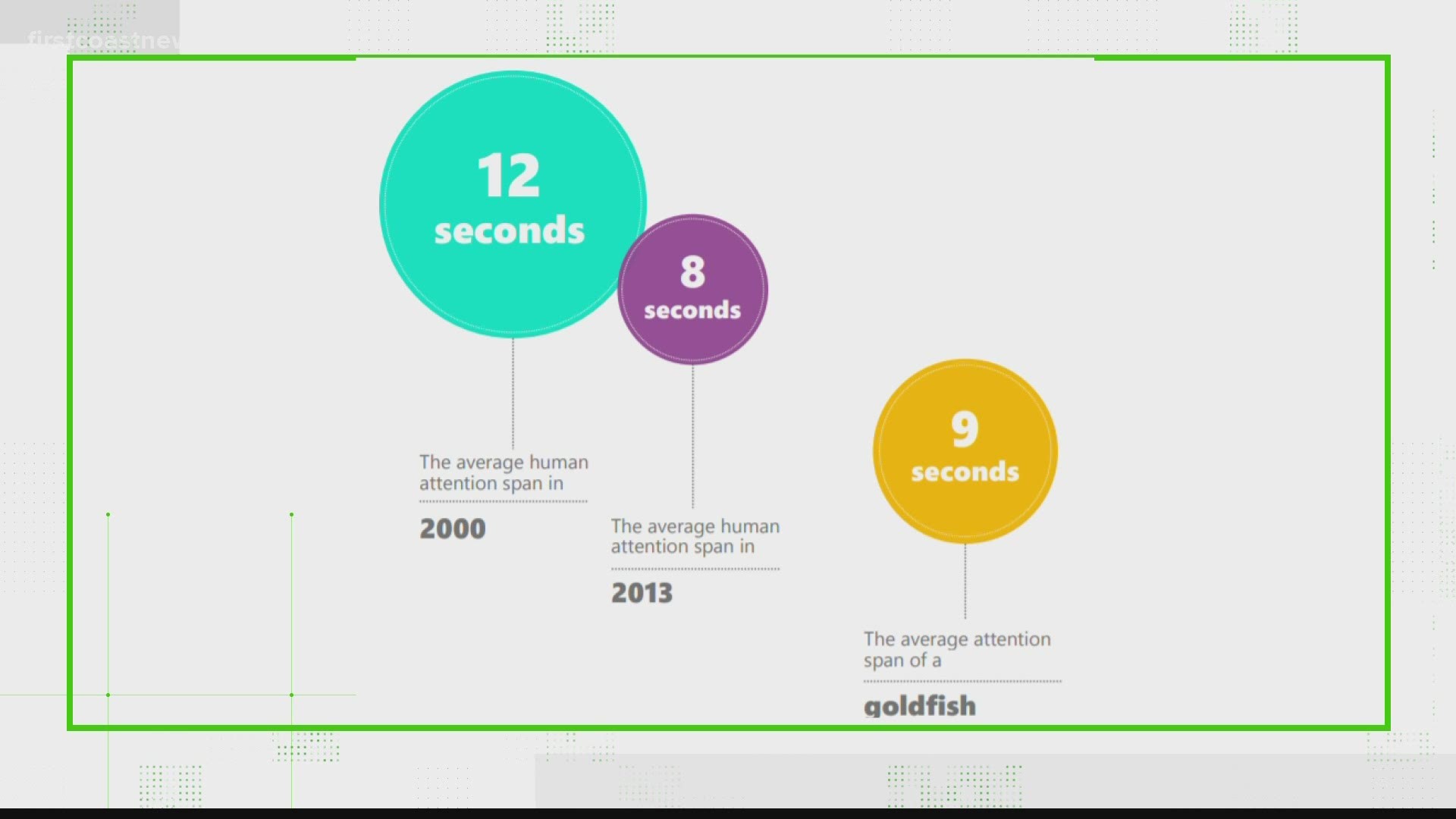 JACKSONVILLE, Fla. — You have probably heard it before, “The human attention span is shrinking to that of a goldfish.”

Many publications claiming this credit a Microsoft Canada report, when in fact the report itself credits the website “Statistic Brain.”

If you buy a subscription to the website, you’ll find its study doesn’t say seconds, it says about 8.25 to 12 minutes. The 8.25 minutes is also listed as a 2015 statistic. There is no statistic listed for 2013, like in the Microsoft report.

Also, nothing about a goldfish.

Statistic Brain lists various sources, which either don't mention or do not back up the claim that the human attention span dwindled to those specific statistics.

So what really is the average attention span?

Many publications, including that from Dr. Neil Bradbury with the Chicago Medical School, shows it varies depending on what you’re paying attention to.

A few of many variables may include who is presenting it or what the topic is.

There are so many different factors to studying the attention span.

Bottom line, there is no data backing up the statement that our attention spans are that of a goldfish, and you can’t pin down one way to measure the attention span.

As for that goldfish, not enough research has been done on their attention spans.

Scientists have studied their memory though, and it’s longer than you think.

Researchers from the University of Nebraska point out goldfish can actually remember things for months. This is often found through eating habits.

When it comes to theories about their attention span, it just doesn’t hold water.