VERIFY: Fact-checking the final night of the Republican National Convention

The VERIFY team fact-checked the panel of speakers who gave speeches during the fourth and final night of the RNC. 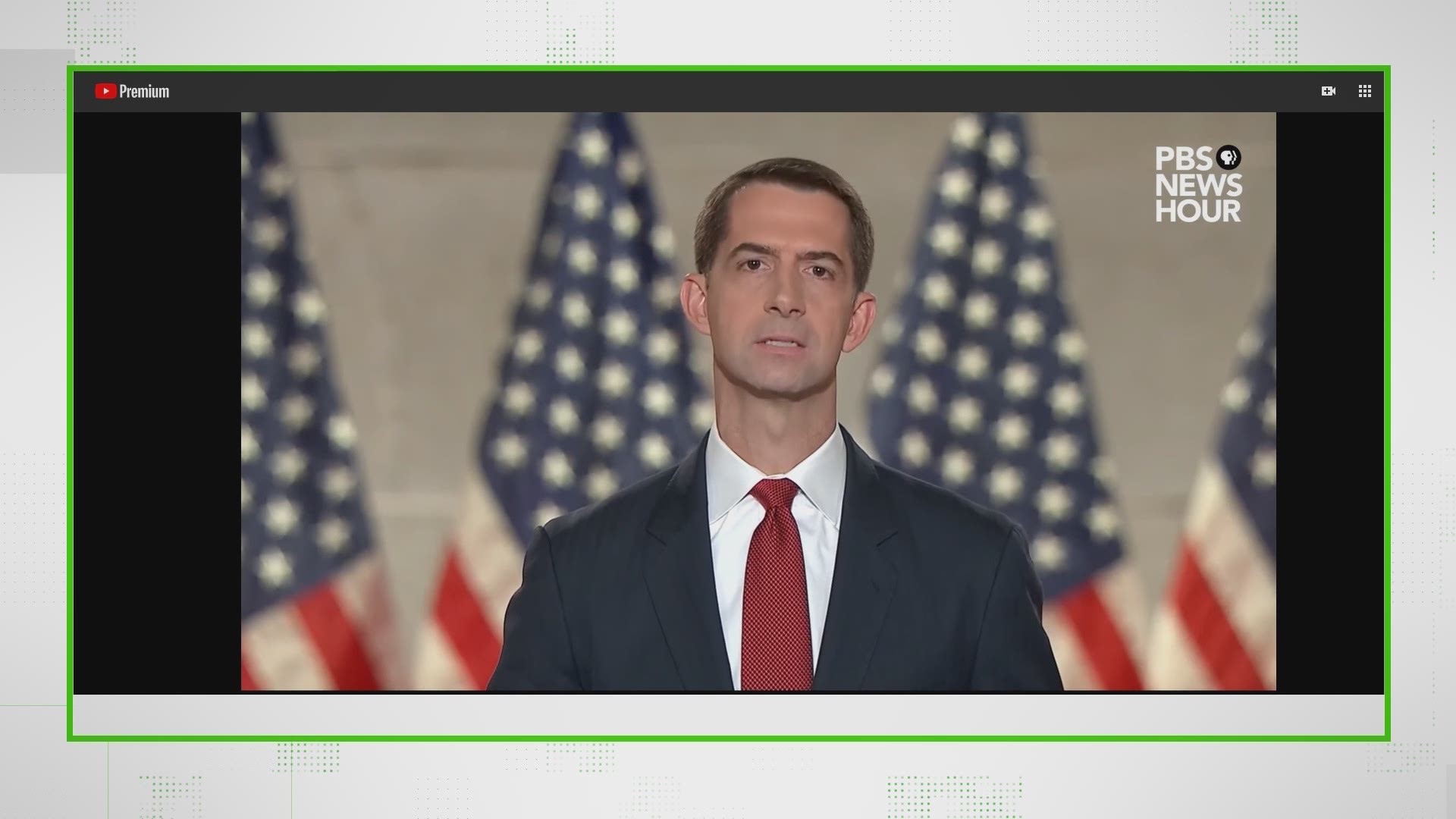 The VERIFY team fact-checked each night of the RNC after last week's fact-checks of the DNC. Here are the previous VERIFY articles.

CLAIM: Arkansas Sen. Tom Cotton said that “Barack Obama’s own secretary of defense said Joe Biden has been wrong on nearly every major national-security decision over the past four decades.”

Robert Gates was appointed as Secretary of Defense in 2006 by President George W. Bush and he served in that role in the Obama administration until 2011. On Page 288 of his memoir, Gates wrote of Biden that “I think he has been wrong on nearly every major foreign policy and national security issue over the past four decades.”

That is a direct quote from his book.

Source: “Duty: Memoirs of a Secretary at War”

This is true, but needs context.

However, it should be noted the military receives a pay increase every year.

“Charter schools were originally intended to be publicly funded schools with increased flexibility in program design and operations. Democrats believe that education is a public good and should not be saddled with a private profit motive, which is why we will ban for-profit private charter businesses from receiving federal funding. And we recognize the need for more stringent guardrails to ensure charter schools are good stewards of federal education funds. We support measures to increase accountability for charter schools, including by requiring all charter schools to meet the same standards of transparency as traditional public schools, including with regard to civil rights protections, racial equity, admissions practices, disciplinary procedures, and school finances. We will call for conditioning federal funding for new, expanded charter schools or for charter school renewals on a district’s review of whether the charter will systematically underserve the neediest students. And Democrats oppose private school vouchers and other policies that divert taxpayer-funded resources away from the public school system."

Biden does not mention an official stance on charter schools in his education plan on his campaign website.

CLAIM: Ivanka Trump claimed that nine pieces of legislation have been signed into law by President Trump to combat the evils of human trafficking.

If the number isn't nine, it's close.

There are also at least two separate bills that became law out of the 115th Congress.

While symbolic, he has declared January "National Slavery and Human Trafficking Prevention Month" on several occasions.

CLAIM: President Donald Trump said that “The Biden-Bernie Manifesto calls for abolishing cash bail, immediately releasing 400,000 criminals onto your streets and into your neighborhoods.”

Joe Biden does call for the end of cash bail. His campaign website calls the cash bail system a “modern-day debtor’s prison.” But it is not true that ending a cash bail system would “immediately releas[e] 400,000 criminals.”

A 2016 report by the Department of Justice report found that more than 65% of the more than 700,000 people in county or city jails in the United States were “unconvicted.” That’s roughly 400,000 people who were in jail but hadn’t been convicted of a crime yet.

Bernie Sanders introduced a bill to end cash bail, but it didn’t call for the immediate release of all 400,000 of those people. It allowed states and local courts to create “alternative pretrial protocols” or “preventive detention programs.”

Even if all of those 400,000 people were released by a different bill or law, the president’s statement is still false because he labeled “unconvicted” people as criminals. Since our legal system is built around the presumption of innocence, “unconvicted” people are considered innocent until proven guilty.

Being in jail due to the inability to pay bail is not a determination of guilt or criminality.

CLAIM: President Donald Trump claimed about Biden, “He voted FOR the Iraq War; he opposed the mission to take out Osama bin Laden.”

The first part of this claim is confirmed. As a senator, Joe Biden was chairman of the Senate Foreign Relations Committee when he supported the authorization vote. GovTrack shows he was one of 77 senators who supported the passing of this bill on October 11, 2002.

The claim about Biden being opposed to the mission that took out Osama Bin Laden is more unclear. Over the last decade, Biden has given multiple accounts of the night Bin Laden was killed. On January 30, 2012, he was quoted by ABC News as saying the following when asked by President Barack Obama about the best course of action:

“Mr. President, my suggestion is, don’t go. We have to do two more things to see if he’s there.”

In 2015, he offered a different account, while speaking with Walter Mondale at an event at The George Washington University.

“I told him my opinion,” he was quoted as saying. “That I thought he should go, but follow his own instincts.”

Since Biden has given multiple accounts of this historic moment, it’s difficult to verify whether or not he supported this move by President Obama.