President Donald Trump on Wednesday was acquitted of both impeachment charges he was facing.  Senators voted 52-48 to acquit him on the abuse of power char... 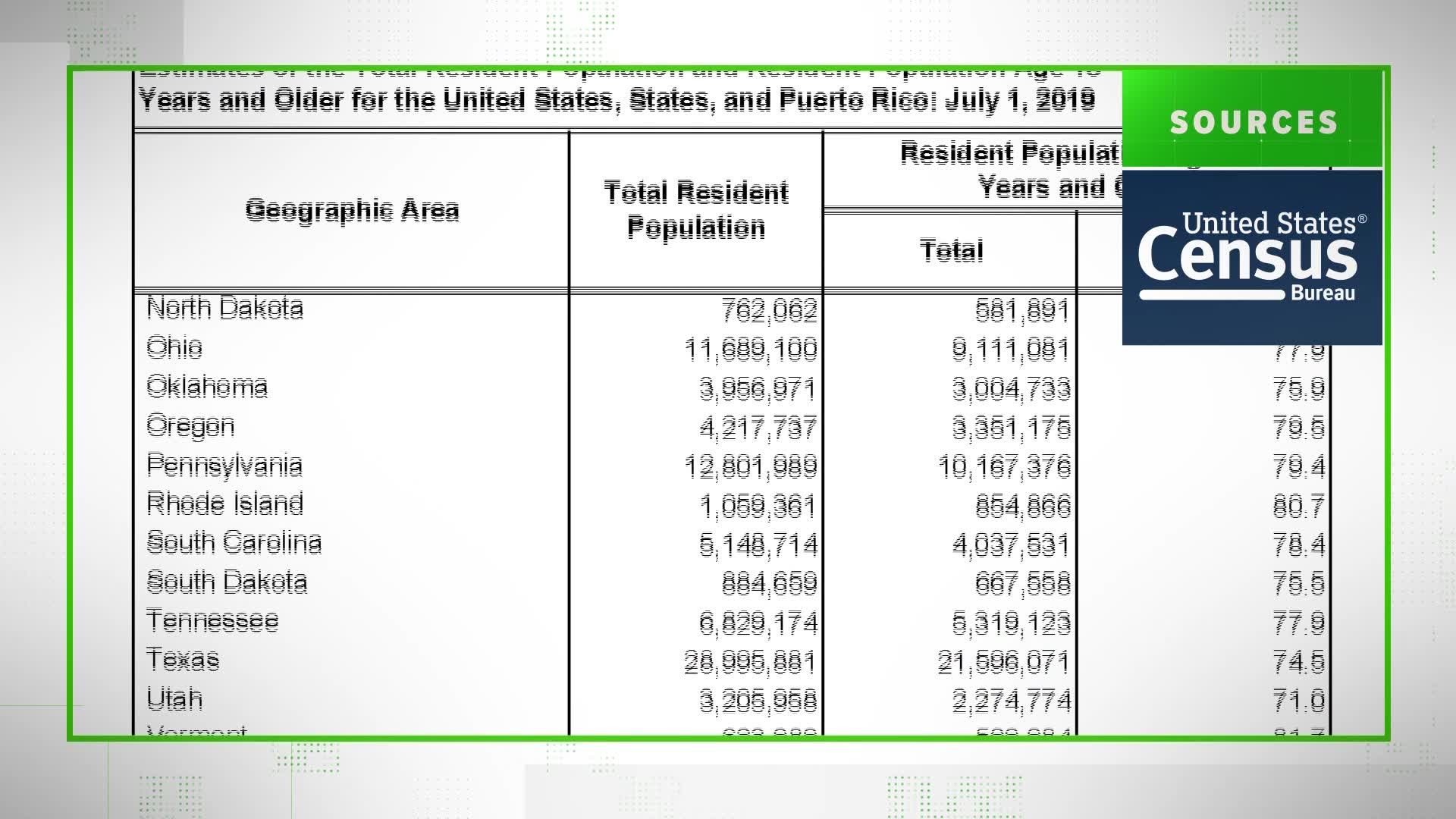 President Donald Trump on Wednesday was acquitted of both impeachment charges he was facing.

While those votes do put an end to the impeachment trial, a viral claim is questioning whether the voting senators really represented the will of the people.

One claim that’s popping up in a lot of social posts is that the “48 Senators who found Trump GUILTY represent 18 million MORE people than the 52 who voted not guilty.”

Did the senators who voted to find President Trump guilty really represent 18 million more Americans than the ones who voted to acquit?

That difference actually decreases if you further limit those numbers to registered voters.

More importantly, the claim makes a dangerous assumption. While the senators who voted guilty may “represent” more people in a population sense, that doesn’t mean those people all agreed with the senators’ viewpoint.

RELATED: Senate votes to acquit President Trump on both articles of impeachment

Using data from the U.S. Census Bureau, VERIFY broke down the total number of U.S. citizens by their respective Senators’ vote.

Keep in mind, this claim can only be made by assuming that each Senator represents half their state’s population.

We compared that list to the Census population by State list. If both Senators for a state voted the same way, we added the entire population.

If the senators split their votes, we split the total population in half.

The claim says the difference was 18 million. Using census data, it actually came out to about 15.4 million. That number goes down if you only account for registered voters.

That means the number in the claims is false.

Not only is the number false – the point itself makes a dangerous assumption.

It relies on the idea that since senators who voted guilty represent more Americans, that means more Americans believe President Trump is guilty.

But that’s not how representation works.

This claim uses the total population number, not the total number of people who actually agree with the Senator to make an unclear political point.