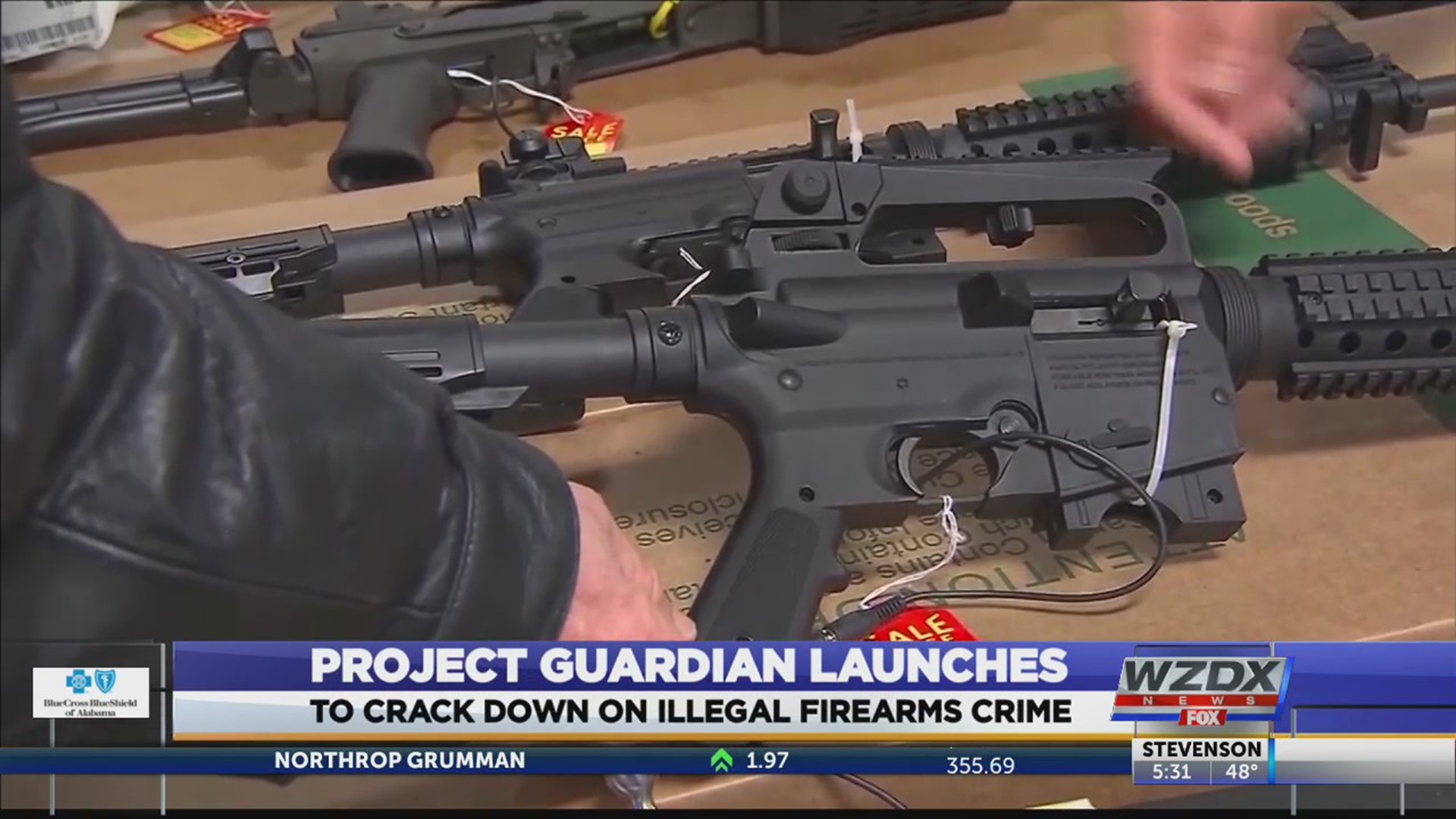 Attorney General William Barr rolled out a program aimed at reducing violent crime yesterday called Project Guardian, and US Attorney Jay Town explains what it will look like in action here in North Alabama.

These are all federal crimes, and Town said this kind of criminal activity will be targeted through Project Guardian.

“What we’re seeing,” he explained, “The girlfriend or a friend or a family member or neighbor are buying these firearms for someone else. And often that person has a criminal history already.”

Now, Town said, the initiative is to make sure that not only are bad guys and bad guys with guns taken off the street but also those people who are providing them guns.

Through a Prosecutor-to-Prosecutor Program, or P3, Town said they’re making a robust prosecution effort into illegal firearms by both the state and federal government here in the northern district.

“We’re putting them in the jurisdiction where the sanction is the greatest and the most meaningful to the community we are ripping them from. The communities for too long have hidden behind closed doors, and we want to give the neighborhoods back to the law abiding citizens,” said Town.