I’m sure everyone knows that saying there’s no place like home I feel like that’s what the UAH chargers are saying because it’s been alm... 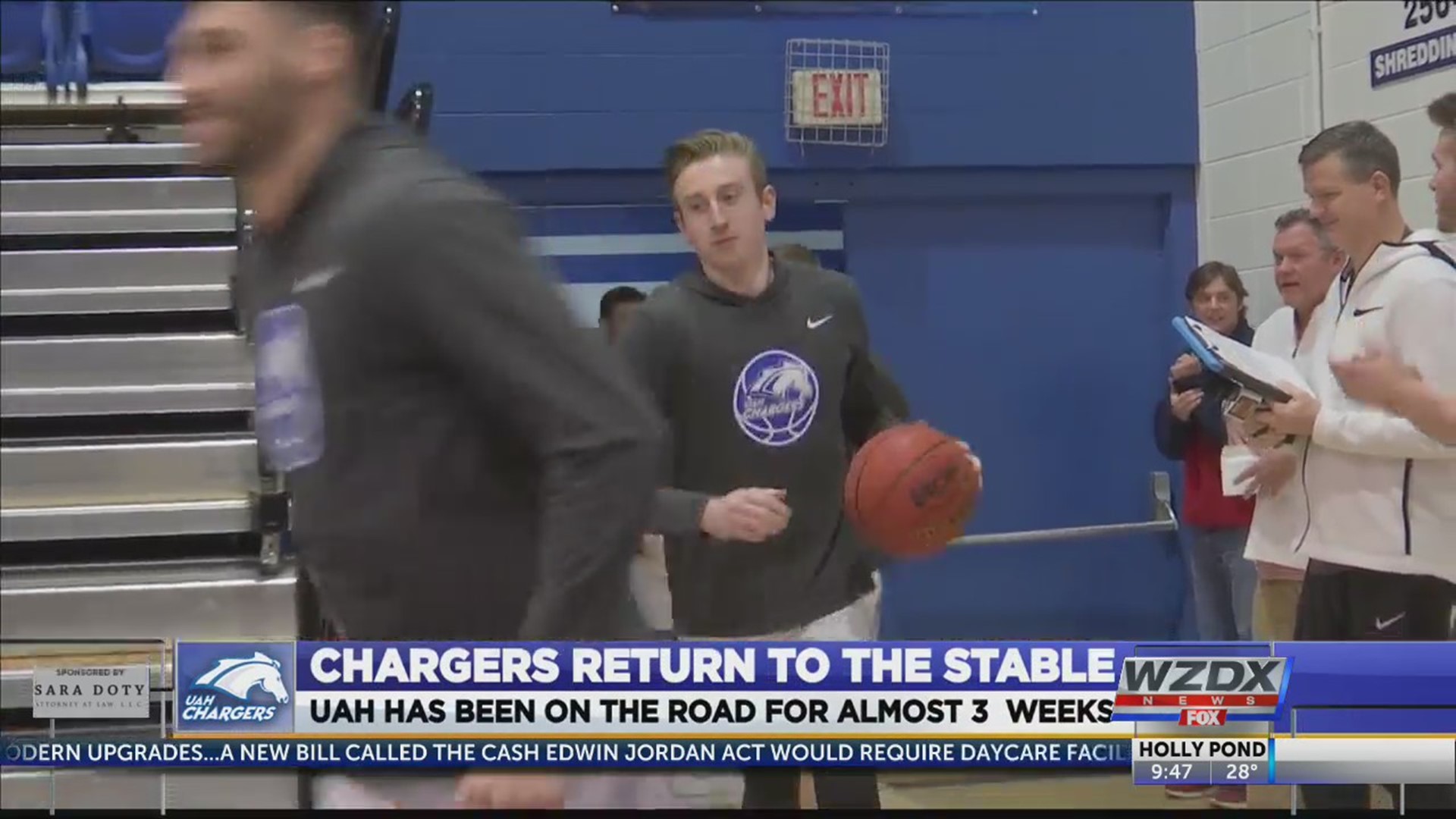 I’m sure everyone knows that saying there’s no place like home I feel like that’s what the UAH chargers are saying because it’s been almost three weeks since they’ve played here at the stable.

So of course both the men’s and the women’s teams both excited to be back at home as they continue conference play.

The men are coming off of a win over West Alabama making them now 6-3 in conference play.

A main component for their success lately has been redshirt junior guard JJ Kaplan.

Coach Shulman says they try to game plan around him.

The Chargers now have their sights set on taking on delta state who have dropped their last 4 games. They say they’re ready for the task at hand.

We’ve watched a lot of film prepared for personnel and stuff but Coach Shulman says they have to play us we don’t have to play them so really just working on sharpening our skills and getting better every day.

The Lady Chargers are hoping to bounce back from back to back losses to Lee and West Alabama.

But someone who can really help get the chargers back on the winning side of thing is senior guard Aaryn Sanders who leads the conference in steals..

Aaryn does so much for this team she’s one of the fastest guards in the conference. we like to call her our little thief. Her consistency her effort her desire to win she brings so much to this team.

This week they’ll have a tough task at hand as they’re going up against the no. 3 team in the conference in Delta State.

Coach Lemmond says in order to take down delta state they’re gonna have to play a complete game.

Anytime the ball touches your hand you have to be a threat. our offense it touches everyone on our floor… 1-5 when it gets to your tab point you gotta be ready to go.”

You can catch the chargers in action this Thursday right here at Spragins hall as they take on delta state. Tip off for the women’s game will be at 5:30.. men will be at 7:30.