Three people were found dead in Limestone County Tuesday in what officers are calling a domestic incident. 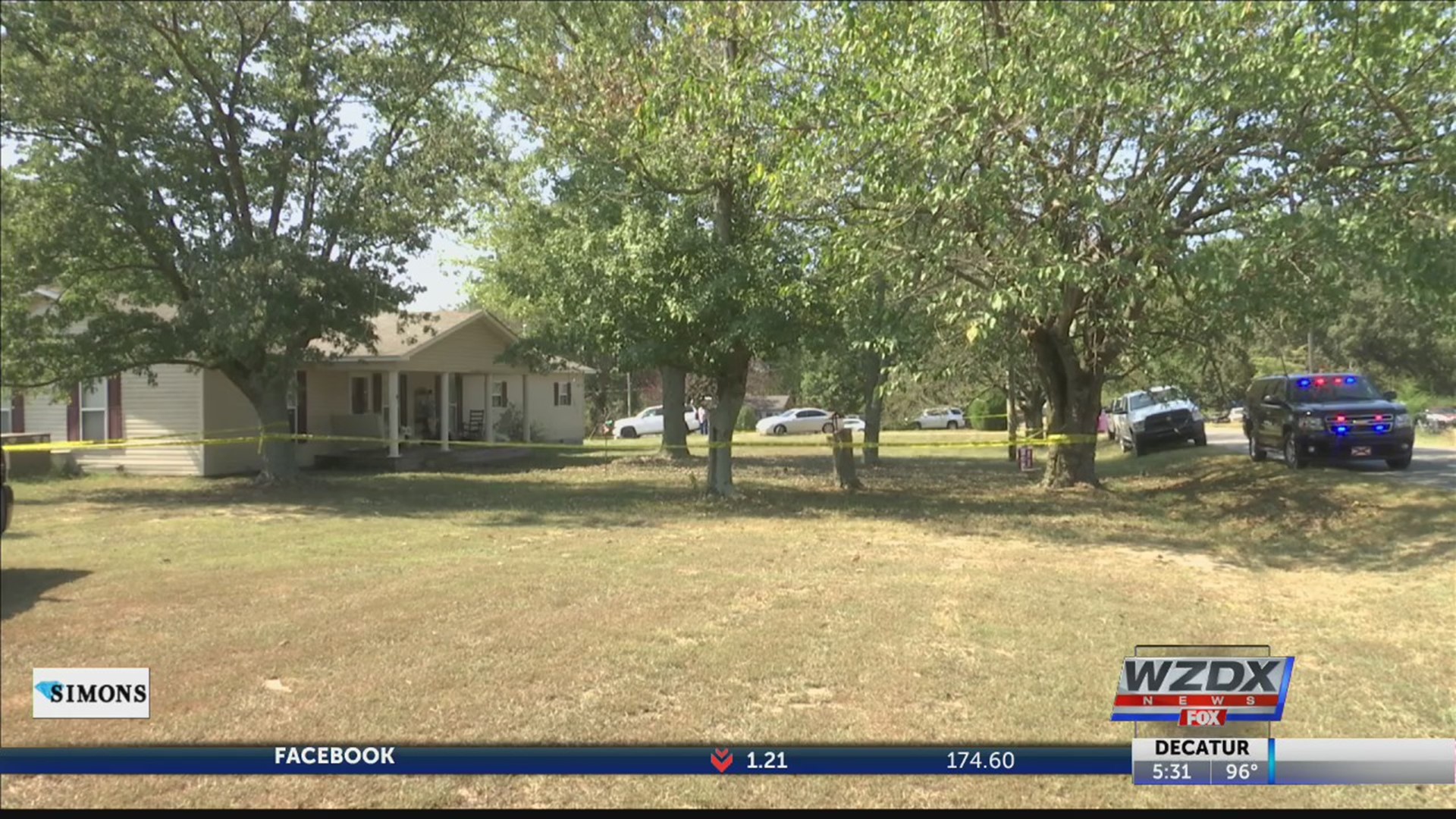 Three people were found dead in Limestone County Tuesday in what officers are calling a domestic incident.

No one is in custody and there are no suspects. Officers aren’t saying how the people were killed. We do know they are three adults and each was found in a different part of the property on Black Road just north of Athens.

At 10:30 a.m., Limestone County sheriff’s deputies say a 911 call from a family member led officers to find the three adults murdered. One body was in the house, one in the garage, and one was in a shed out back. There’s no word on how long they’d been there nor if they were all murdered at the same time.

“What’s important here is you’ve got a family who’s lost loved ones, you’ve got a community who’s got questions, you’ve got neighbors,” said Stephen Young with the Limestone County Sheriff’s Office. “Because it was domestic we can certainly assure people there’s not somebody running out there that they need to be worried about.”

Officers won’t say who lived at the home nor how the victims were related. A neighbor two houses away says she never saw anyone at the home.

The triple homicide comes while scars still show from the Sisk family murder last month in Elkmont where their teenage son allegedly killed his five family members including a six-month old baby.

“This is domestic violence month coming up,” Young said. “This further highlights the need for communities and families to come together, work together.”

Officers say there is no threat to the community and those who need domestic violence resources should seek help before a situation ends in tragedy.

There’s no word yet on the names of the people murdered. Stay with WZDX News as more information becomes available.

UPDATE: Officers say three adults were found dead, one in the house, one in the garage, and one in a shed out back. Officers were responding to a welfare check at about 10:30 Wednesday morning.

There’s no word yet on the cause of death or how long the people had been there.

UPDATE: 3 adults found dead- one in the garage, one in the house, one in a shed out back. Officers responded to a welfare check around 10:30am. No word yet on cause of death or how long they'd been here. pic.twitter.com/dk8bT0QH4D

On the scene now of Black Rd in Limestone Co where law enforcement are now reporting 3 bodies found. The coroner is here. More info to come. pic.twitter.com/Z5vyg7asvW

Officers just brought two animals out of the home in cages and also taped off a smaller home to the left. @rocketcitynow pic.twitter.com/aVhKmELQTH

BREAKING: Investigators are on the scene in the 22000 block of Black Rd where three bodies were found.

ORIGINAL: The Limestone County Sheriff’s office is investigating the deaths of two people off Black Road outside Athens.

Officers are on the scene and working to find out more. They say one person may have been found in a house and one in an out building, but are still clearing that up.

WZDX News has a crew heading there. Stay here for more details.