Two Alabama men were arrested in Georgia following a crime spree Sunday afternoon. According to the Marietta Police Department, the two Alabama suspects were ar... 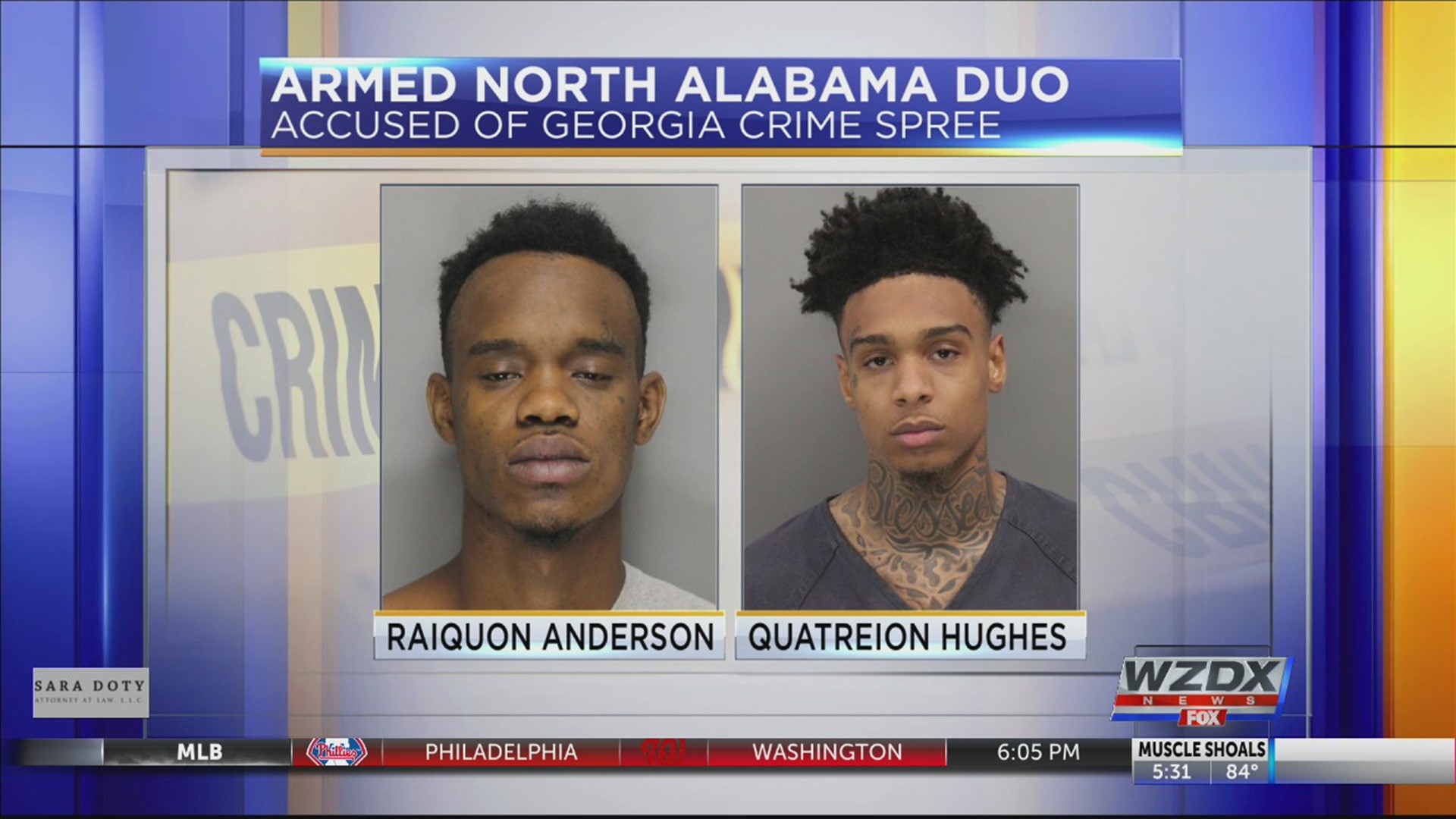 According to the Marietta Police Department, the two Alabama suspects were armed and attempted and committed several violent acts over the course of an hour.

Below is a timeline of events from Sunday, Sept. 22 (all times listed are EST):

Both suspects were located and taken into custody without incident. The stolen vehicle, personal property and all cash taken was recovered.

All charges are felonies.

This investigation is ongoing; anyone with additional information about either suspect or other criminal activity that may be related is urged to contact Marietta Detective Ellenson at 770-794-5477. If you have information but wish to remain anonymous, contact Crime Stoppers Greater Atlanta at 404-577-8477.