A traffic stop in Falkville led sheriff's deputies to marijuana and counterfeit money. 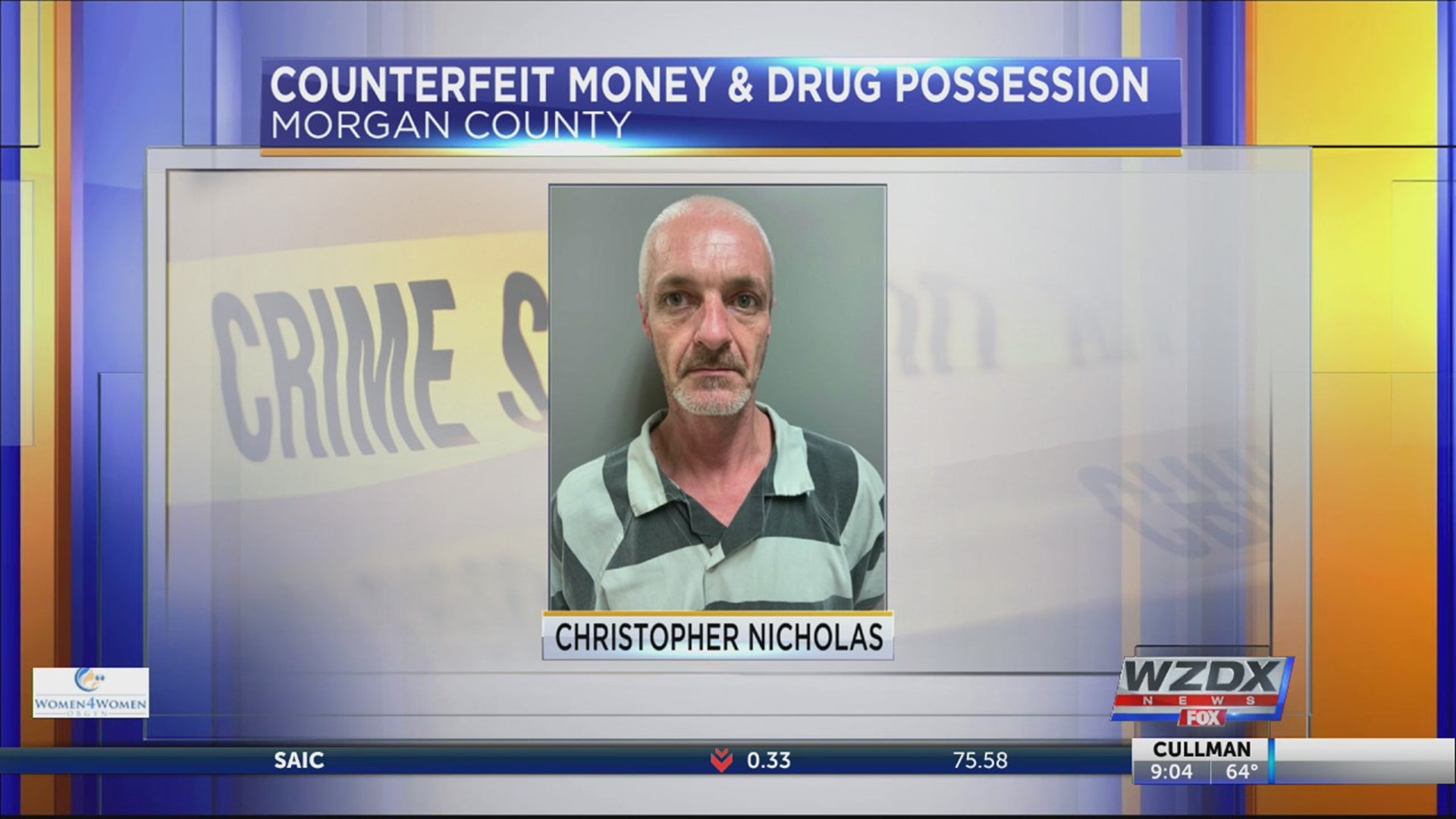 A traffic stop in Falkville ended with one man in jail and the seizure of marijuana and counterfeit money.

According to the Morgan County Sheriff’s Office, when deputies stopped Christopher Lee Nicholas over the weekend, they noticed the smell of marijuana coming from Suburban and asked for permission to search the vehicle.

After it was given, deputies found three grams of marijuana along with $2,600 in counterfeit U.S. currency.

Sheriff’s Office investigators arrived and arrested Nicholas for three counts of Criminal Possession of a Forged Instrument 1st degree, and Possession of Marijuana 2nd degree. He was booked in the Morgan County Jail with a $15,300 bond..

No information was given on the status of his female passenger.

The Morgan County Sheriff’s Office reminds the public that indication of an arrest does not mean and individual has been convicted of a crime. All subjects are presumed innocent until proven guilty in a court of law.