Patterson says, “People think that if we’re wearing a vest, then it’s going to keep us alive. The vest is just a tool… just like everything else on our belt.” 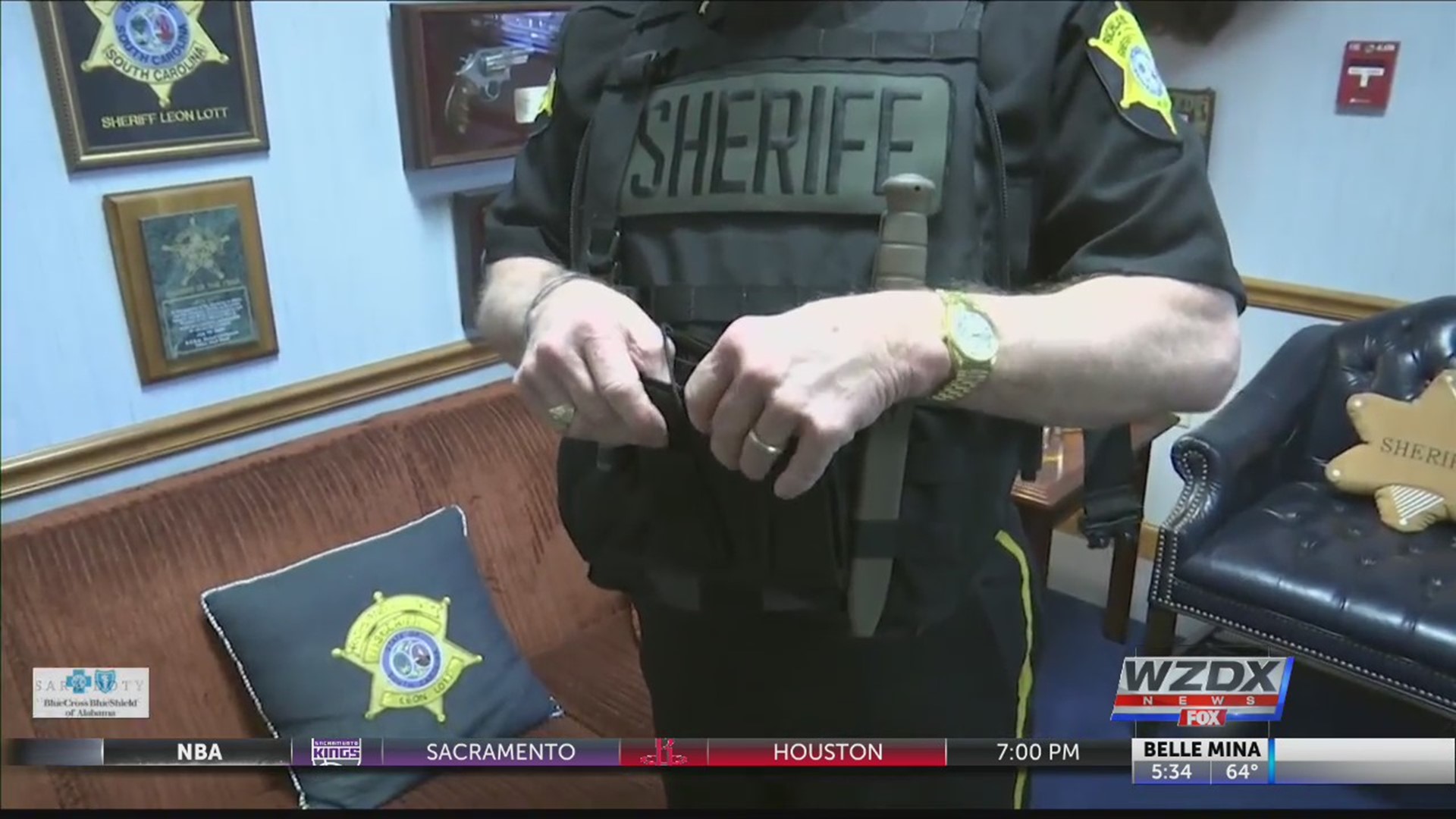 When STAC Agent Billy Clardy III was shot and killed Friday, he was struck in the heart– just beyond the boundaries of his bullet-resistant vest. Two other officers were shot and killed in other states this weekend.

Fayetteville Police Department’s, Officer Stephen Carr, was shot and killed at point blank range to the head Saturday night, while sitting in his patrol car. Fayetteville Police Chief Mike Reynolds refers to the shooting as an “ambush”.

We met with Brent Patterson, from Madison County Sheriff’s Office. He tells us that there are a lot of misconceptions about police use of bullet-resistant vests. Patterson says, “People think that if we’re wearing a vest, then it’s going to keep us alive. The vest is just a tool… just like everything else on our belt.”

It’s true, bullet resistant vests are important, but don’t “guarantee” any officer’s safety. Brent Patterson tells us, all of HPD’s officers are provided with a protective vest and trained on how to wear them.

Ensuring right fit helps make sure each officer is covered and protected to wear the vest throughout their entire shift. He adds, “Our main goal is to make sure everyone in our department wears a vest.

The FBI releases it’s “Law Enforcement Officers Killed & Assaulted” report each year. They say 55 officers were killed while a crime was being committed in 2018. 43 of the officers were wearing body armor at the time. But, 32 officers were shot in areas that the vest doesn’t cover.

He tells our reporter, the tragic killing of Officer Clardy, was one that nobody could have seen coming. And a loss that’s felt deeply by the department. Patterson adds, “The man did everything right. He did everything right. He wore his weapons, he wore his vest. He did the training he was supposed to do. And it still didn’t work out. Things like that happen, and unfortunately nation-wide as well.”