Three people were killed after a two-vehicle crash overnight/early Saturday morning in Blount County. Michael Anthony Bryant, 46 of Oneonta, was killed when the... 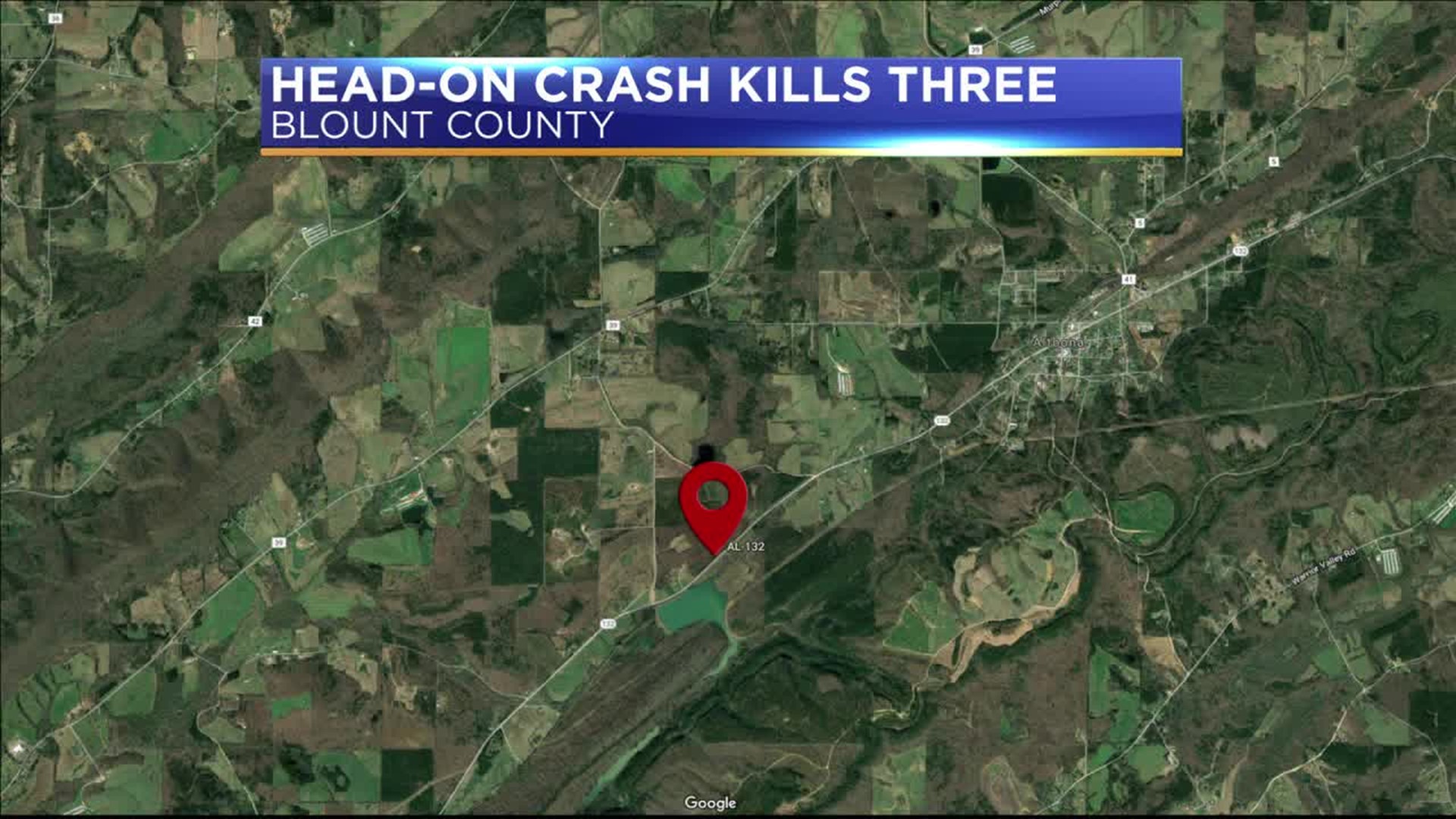 Michael Anthony Bryant, 46 of Oneonta, was killed when the 2006 Ford 500 he was driving crossed the centerline and hit a 1995 Chevrolet Blazer head-on. Bryant, who was not wearing a seatbelt, was pronounced dead at the scene.

ALEA troopers are continuing to investigate; updates will be made as they become available.