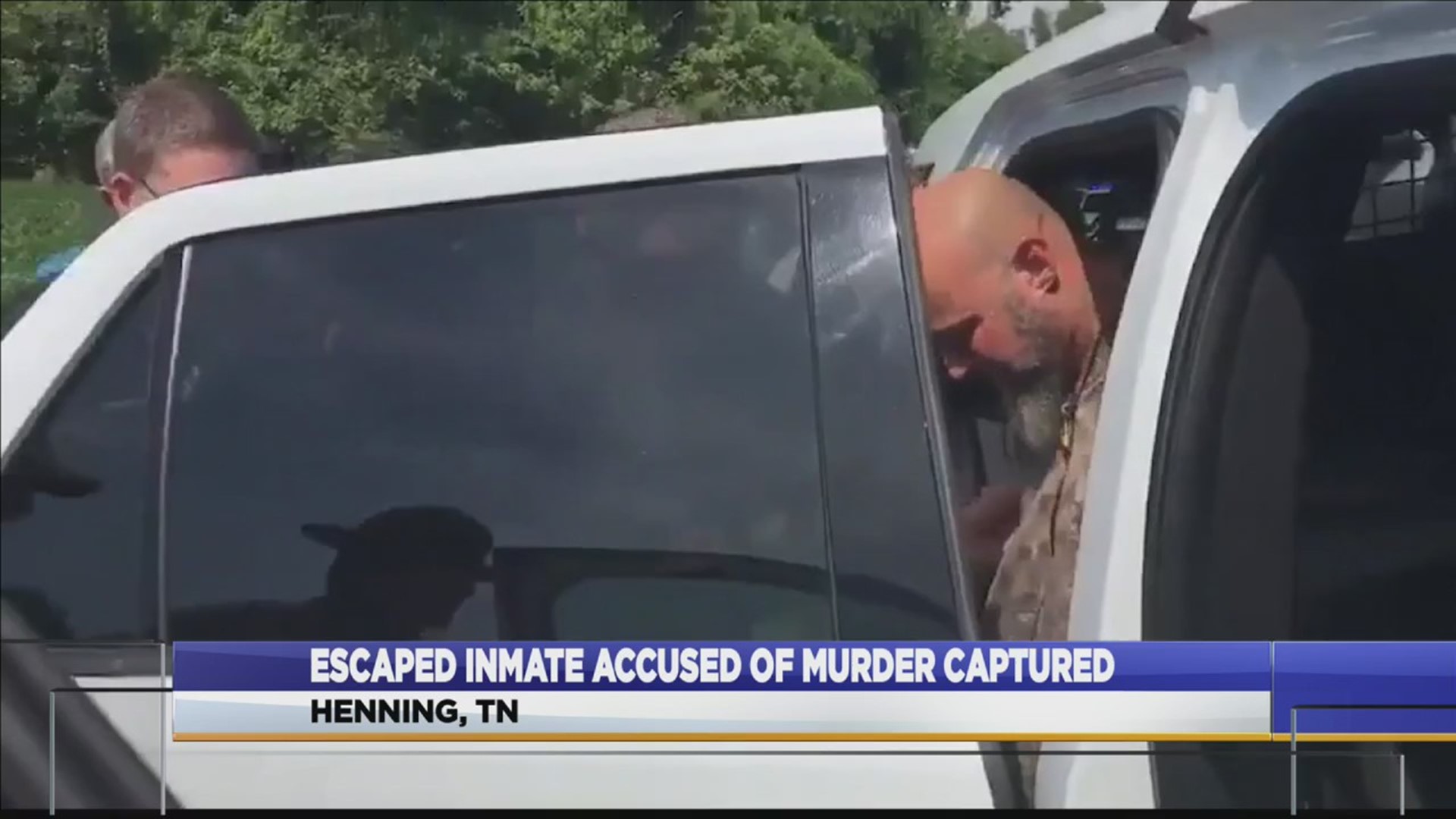 Police in Tennessee say an escaped convict suspected of killing a corrections administrator surrendered without incident seven hours after authorities received a tip to his whereabouts.

Rausch says the field is 10 miles (16 kilometers) from the prison he escaped from Wednesday and near a home where Watson was seen on a surveillance camera earlier Sunday. The homeowners called police after one of them recognized Watson from police-issued photos.

Watson was on lawn mowing duty when the TBI says he sexually assaulted and strangled a Department of Corrections administrator employee at her home Wednesday at the West Tennessee State Penitentiary. Authorities say Watson will be arraigned this week.

Authorities say a Tennessee convict suspected of killing a corrections administrator before escaping prison on a tractor has been captured.

The Tennessee Bureau of Investigation said on Twitter that 44-year-old Curtis Ray Watson was caught Sunday. Details on the capture weren’t immediately released.

The state police agency says Watson was on lawn mowing duty when he sexually assaulted and strangled a Department of Corrections administrator employee Wednesday at the West Tennessee State Penitentiary in Henning.

TBI says Watson escaped prison grounds, and the tractor was found nearby. Authorities launched an intense manhunt after Debra Johnson’s body was found with a cord wrapped around her neck Wednesday morning.

Officials in Tennessee say there has been a confirmed sighting of a convict charged with sexually assaulting and killing a corrections administrator, then escaping on a tractor.

The Tennessee Department of Corrections says on Twitter that 44-year-old Curtis Ray Watson was spotted early Sunday in the west Tennessee community of Henning, where he escaped from the West Tennessee State Penitentiary on Wednesday.

The department says a resident who saw Watson on their property alerted authorities. Photos provided by the resident show Watson dressed in camouflage bib overalls and a hat and carrying a camp backpack.

An affidavit says Watson was on mowing duties and was discovered missing several hours after he was seen near the house at the penitentiary where 64-year-old employee Debra Johnson had lived. She was found dead.