The Southwestern Athletic Conference held its annual spring meetings this past week in Biloxi with several significant pieces of legislation being adopted... 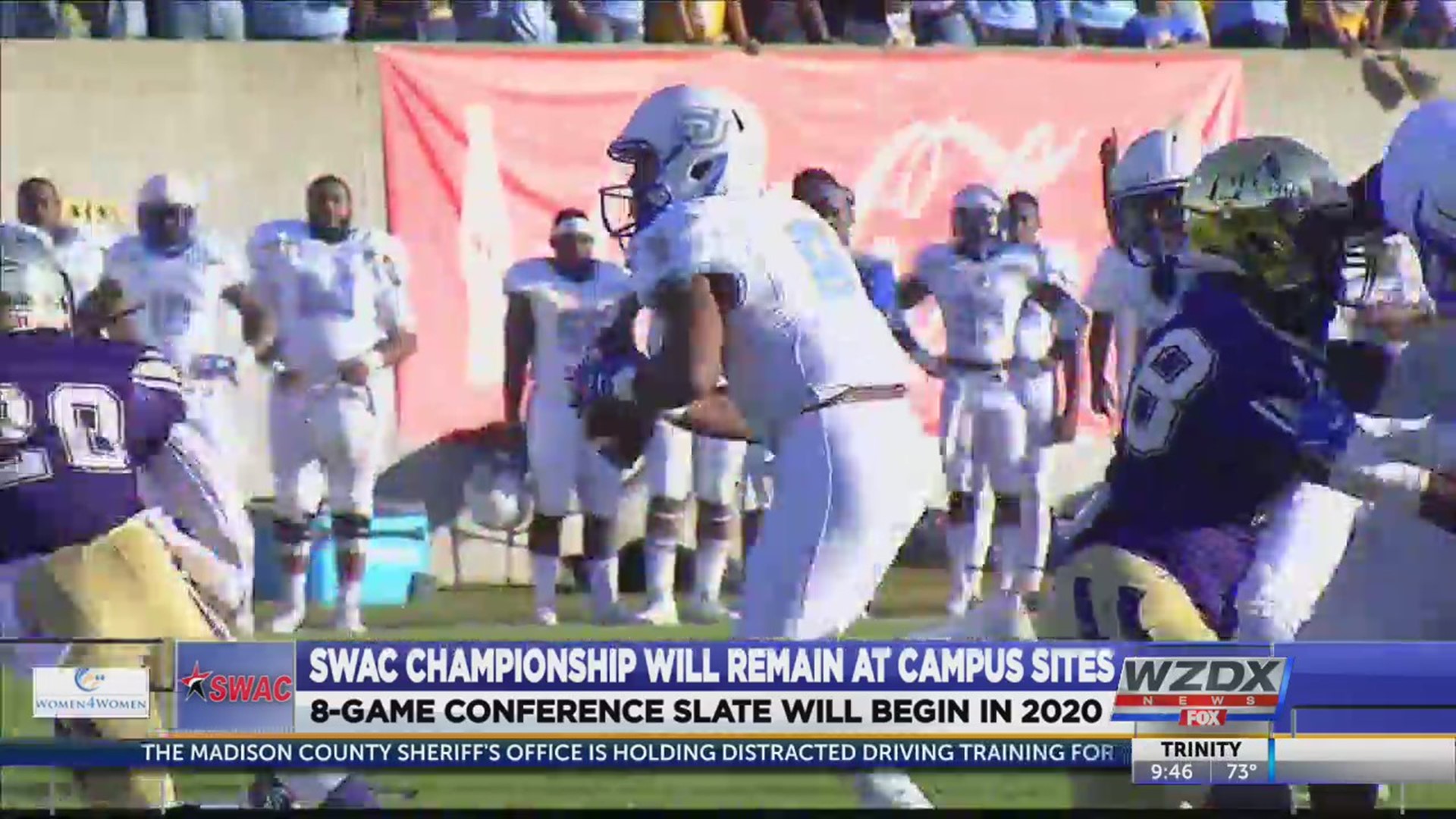 The Southwestern Athletic Conference held its annual spring meetings this past week in Biloxi with several significant pieces of legislation being adopted for the upcoming athletic year.

The approved measures were recommendations from the leagues’ Sports Administrators Committee (SAC) which consist of member institutions’ Athletic Directors and Senior Woman Administrators.

With league finances serving as a significant topic of discussion during the meetings, the SWAC unveiled its strategic business model which will be implemented during the upcoming 2019-20 season.

“One consistent theme that we were able to communicate to our membership during our spring meetings was that moving forward, the Southwestern Athletic Conference will be fiscally transparent and on solid financial standing in every facet of our operations,” said SWAC Commissioner Dr. Charles McClelland.

“We’re on track to finish this current fiscal year with a reserve balance after eliminating a multi-year deficit,” said McClelland. “With our budget in good standing we’ll move into the next phase of our overall strategic plan.”
“The conference office will explore all viable resources that will help us strengthen our league. During the 2019-20 season we will significantly increase the revenue distribution to our member institutions while also striving to provide a student- athlete experience that is second to none both athletically and academically,” added McClelland.

The long-term fate of the SWAC Football Championship game was also discussed during the meetings with a final determination being reached by the membership.
The SWAC Council of Presidents and Chancellors formally voted to permanently reinstate the leagues’ Football Championship game after initially approving to bring the title game back for the 2018 and 2019 seasons.

“The championship game held this past season on the campus of Alcorn State University was truly an electric atmosphere and further highlighted the overall value of our leagues’ title game as it relates to brand exposure, visibility, and revenue generation,” said McClelland.”
“The SWAC Council of Presidents and Chancellors saw that same value and voted to reinstate the game on a permanent basis. The conference office is extremely excited to be able to host an event that positively impacts not just the two member institutions on the field but also our league as a whole. We also couldn’t be more excited to have the ability to bring the game into the homes of millions via our broadcast agreement with ESPN,” said McClelland.

The 2019 SWAC Football Championship game is scheduled to once again be held on the campus of the highest seeded team at the conclusion of the football regular season.

A formal announcement regarding the future sites of the Southwestern Athletic Conference Football Championship and Men’s and Women’s Basketball Championships will be unveiled during the leagues’ upcoming 2019 SWAC Football Media Day set to be held July 16th at 10:00 am.

The revised football scheduling model was one of the final key points of adopted legislation by the league prior to the adjourning of the meetings. The 2019 SWAC football schedule will consist of seven league games per institution, in 2020 the league will move to an eight-game conference slate.

“As a key part of our strategic plan towards raising the overall profile of our league in the sport of football, the implementation of an eight-game conference schedule was one of the first steps we needed to take to achieve that goal,” said McClelland.

“This initial step along with future implementation strategies will increase the likelihood of SWAC football teams qualifying for the Football Championship Subdivision (FCS) playoffs via an at-large selection if they don’t qualify to participate in the Celebration Bowl.”