Super Bowl LIV: Getting ready for the Big Day

The countdown is on for Super Bowl LIV! Every detail is being finalized, from the menu, to the condition of the grass on the field. The stage is set for the big... 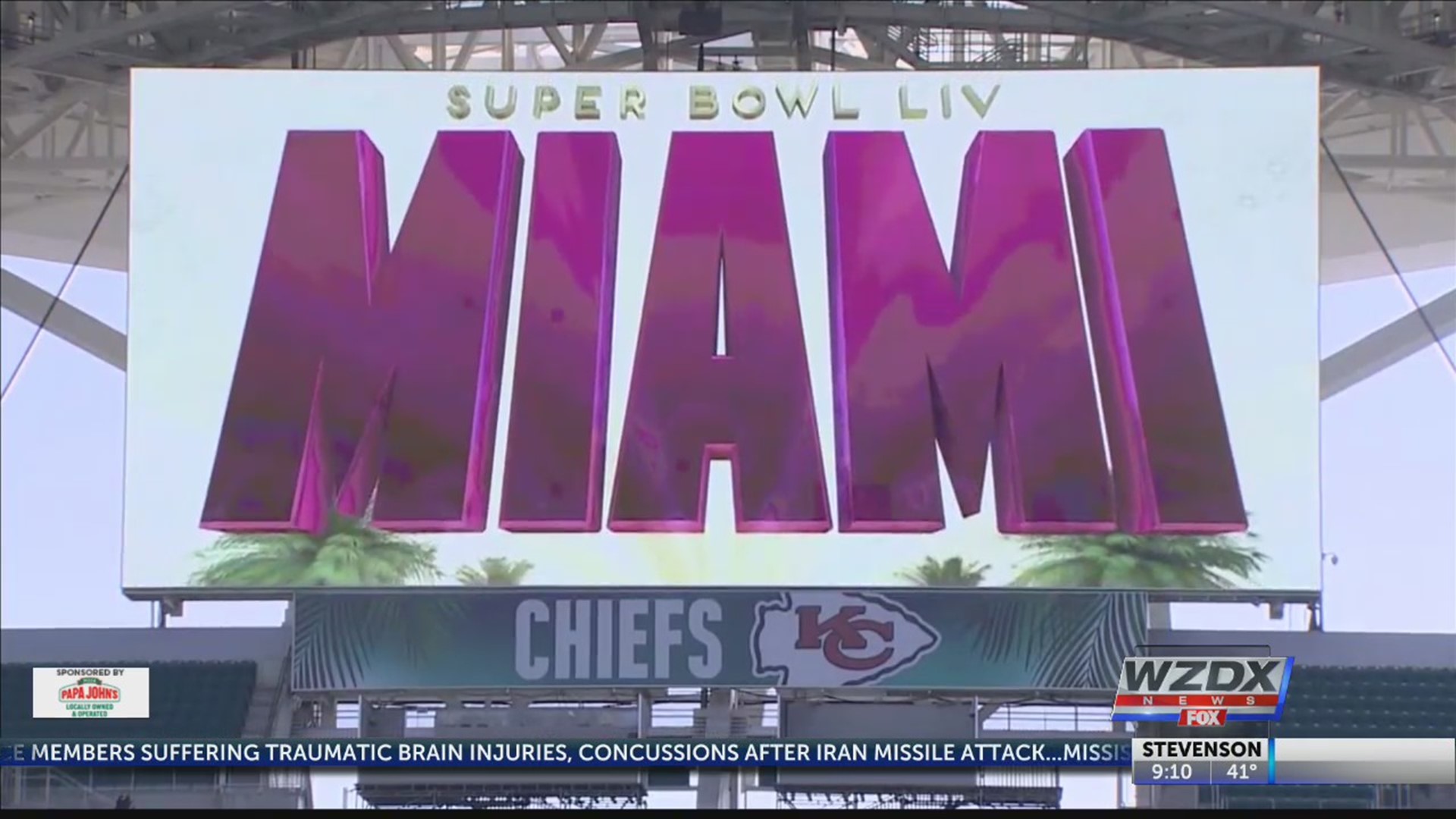 The countdown is on for Super Bowl LIV! Every detail is being finalized, from the menu, to the condition of the grass on the field.

The stage is set for the biggest night in football. Final preparations being made for Super Bowl Sunday.

“You have things going on on every level of the field,” NFL Director of Event Operations Eric Finkelstein said.

From the field to the food, thousands at Hard Rock Stadium are hard at work.

“We have, you know, over 6000 workers that have been working consistently over the last few weeks,” Finkelstein said.

That includes Ed Mangan, the Super Bowl Field Director. A brand new field, which is standard, is being put in for the Big Game.

Now because of the angle of the sun, there isn’t a whole lot of sunlight hitting the field, so they’re using these grow lights to help supplement the sunlight.

“This is really the first year we’ve done with grow lights… you know… luckily they had those here in years past, that they haven’t used in a while, but we were able to get them back into operation,” Mangan said.

And the field isn’t the only thing getting a lot of TLC. A whole team of chefs have been brought in to cook up some good grub for the fans. From concession levels, to premium and club levels, there’s a little bit of everything for every palate. And as far as the game goes, some special stuff in store for the NFL’s 100th season.

“So it’s gonna be extra special in terms of added moments in the pregame show and other things that are going to be happening that, you know, are just going to make the Super Bowl, you know, that much more special than it always is,” Finkelstein said.