Students from across the country build rockets for NASA competition 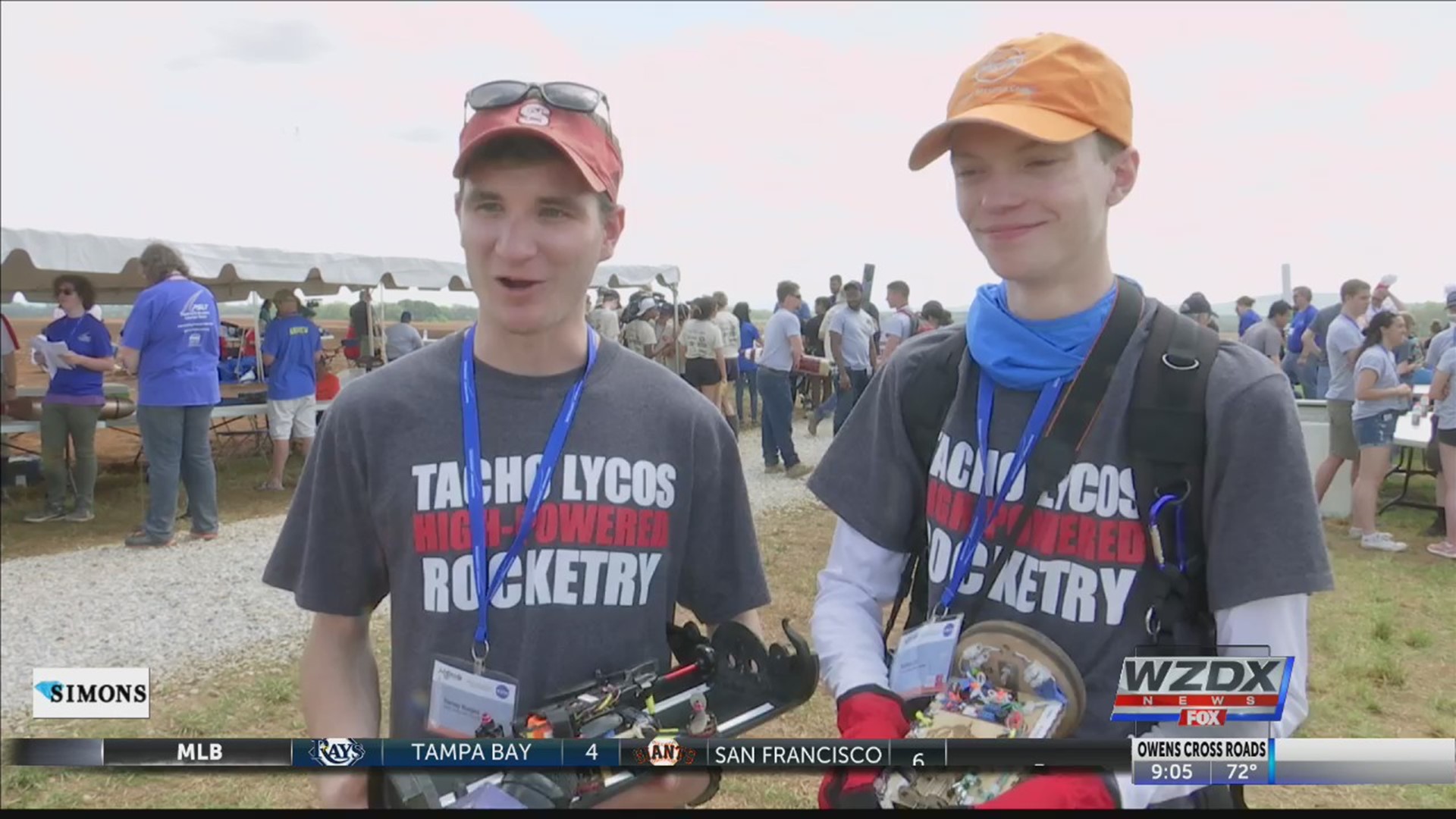 Fifty years ago, a Saturn V rocket launched Apollo 11 into orbit. Today, high school and college students from across the country gathered at Bragg Farms in Toney, Alabama to launch their own rockets.

I’m at the NASA #StudentLaunch competition right now. Teams are almost done setting up for the third round! Tune in tonight at 9:00 to see these rockets take off! pic.twitter.com/2Tu8oOPyFc — Kelly Kennedy (@KellyWZDX) April 6, 2019

Each rocket had to have a student-built payload. It could either be a rover that collects a soil sample or a drone that lands at a certain location.

“When it lands, it deploys and it flies away to our target out on the field,” said Hoopps.