WEST LAFAYETTE, Ind. (WTHR) — A Purdue student says he was denied over-the-counter cold medication because of his Puerto Rican ID.​ “She said she needed a... 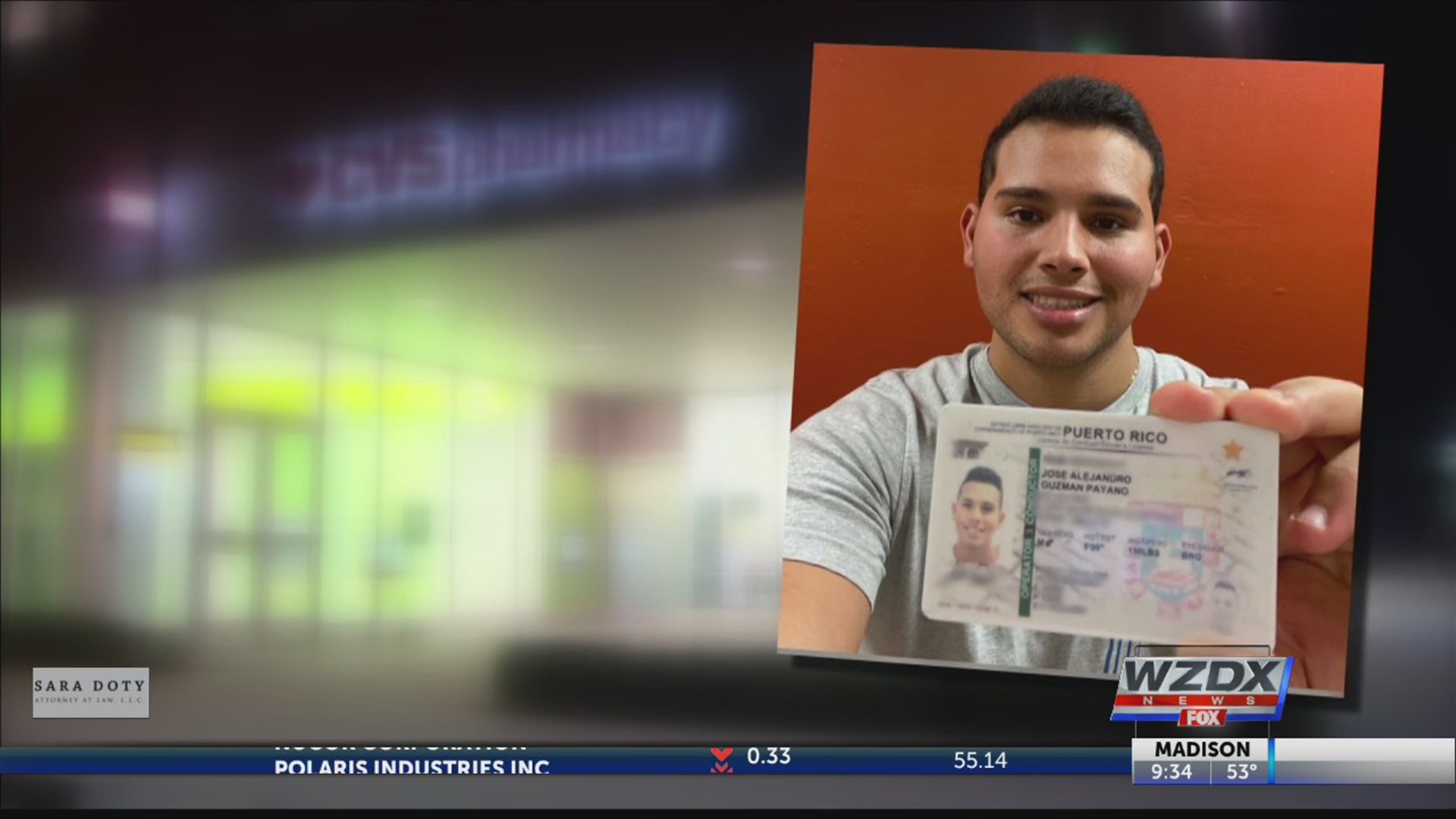 “She said sheneeded a U.S.-issued ID, Canada or Mexico license. That’s when I tell her thatwas a U.S. issued license, and I didn’t need anything else but thatlicense,” said Jose Guzman Payano, a junior engineering student.​​

Guzman Payano says thecashier kept saying the store did not accept his form of identification.

“And then whenshe asked me for a visa, I was in shock at that time. And we went back andforth, and I said this is a U.S.-issued license,” said Guzman Payano.​

He says incidents likethis have happened before.​​

“I carry aroundmy passport on my bookbag because of things like this,” he said.​

He ended up leavingthe store without his medication and called CVS to file a complaint.​​

“I was a littlenervous. I was shook by what had happened,” said Guzman Payano.​​

He left the store andcalled his mom back in Puerto Rico to explain what happened. Arlene PayanoBurgos took to social media to post what happened to her son. It’s a post thathas been shared more than 10,000 times. ​​

“Needless to saymy son, or any other consumer, is not obligated to disclose his immigrationstatus to any CVS employee! What caused this employee to ask him for his visa?Was it his accent? Was it his skin color? Was it the Puerto Rican flag on thelicense? Whatever triggered her to discriminate against my son embodies exactlywhat is wrong in the United States of America today.” ​​

Payano Burgos calledto speak with a shift supervisor at the store.​​

“She proceeded toexplain that she was just following CVS policy, and that CVS only acceptsidentification from the United States, Canada or Mexico. I then explained thatPuerto Rico is a territory of the United States, and she then clarified thatthe policy specifically requires that employees do not accept driver’s licensesfrom Puerto Rico!”​​

Guzman Payano says ittook nine days for someone from CVS to contact him about his complaint.​​

“I felt ignoredbasically like something did happen, but they didn’t want to take care ofit,” he said. ​​

“CVS Pharmacy iscommitted to ensuring that every customer receives courteous, outstandingservice in our stores. We sincerely apologize to our customer in West Lafayettefor his recent experience in one of our stores. We do, in fact, recognizePuerto Rican driver’s licenses to be a valid form of U.S. identification. Weare reinforcing with employees the correct procedures to follow when requestingidentification that is required by law for the purchase of certainover-the-counter medications.”​​

“There’s a lackof education — especially here in the states — of how Puerto Rico came to bepart of the U.S. Some people don’t even know where Puerto Rico islocated,” he said.​

PuertoRico is about 1,000 miles southeast of Florida in the Caribbean Sea. It firstbecame a U.S. territory following the Spanish-American War in 1898. In 1917,President Woodrow Wilson signed the Jones-Shafroth Act, which officially madePuerto Rico a U.S. territory. Puerto Ricans were granted U.S. citizenship by anact of Congress.​