Stopping human trafficking in your community

Human trafficking is unknown to a large number of people, and with January being Human Trafficking Awareness Month, the Junior League of Birmingham is trying to... 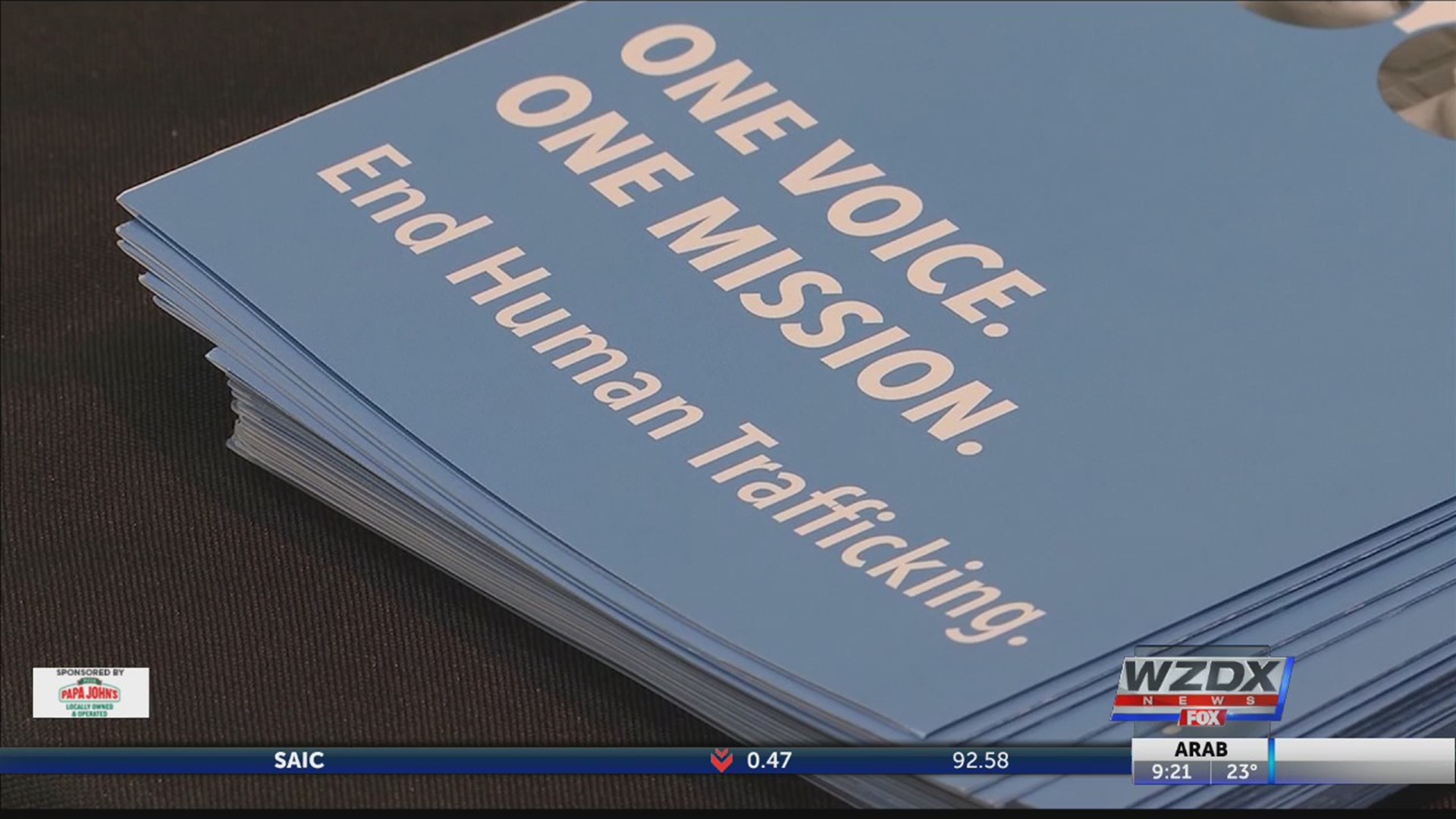 Human trafficking is unknown to a large number of people, and with January being Human Trafficking Awareness Month, the Junior League of Birmingham is trying to spread the word.

“And that’s why I came here today, to get more educated about what’s going on out in this world….the facts,” said Valerie Clark, human trafficking training attendee.

Attendees of the training like Valerie Clark learned a great deal of information to pass on to friends and neighbors.

“It’s not like one day they say this is a choice that I’m going to make. There’s a slow grooming process that happens, so we want to alert people to that and alert people to the signs of someone who’s potentially being groomed or someone who is entered into the life,” said Abby Grace Worrell, Junior League Anti-Human Trafficking Committee Co-Chair.

Victims entered into the life often exhibit signs of physical abuse, are distant from friends or family, act out of character and many times don’t admit to being a victim or needing help, some refer to their trafficker as a boyfriend.

“Pimps will start as a Romeo pimp, so someone that you believe to be your boyfriend, someone that you fall in love with who slowly but surely pulls you into a trafficking scenario that you can’t get yourself out of,” Worrell said.

There are dozens of websites in Birmingham alone where sex can be purchased. Around 3:00 pm is when the most sex is purchased, when a lot of people are at work, and the buyers are most of the time married with children.

Which is why many city’s have proclaimed themselves trafficking free zones, meaning there’s a no tolerance policy for buying and selling sex in the work place.

Trafficking may not be talked about often, but it could be happening right in front of you.

“And it’s out there. Someone’s dirty mind, a woman or a man is seeking to destroy your child,” Clark said.

The Department of Homeland Security started a campaign called the Blue Campaign to help spread awareness.