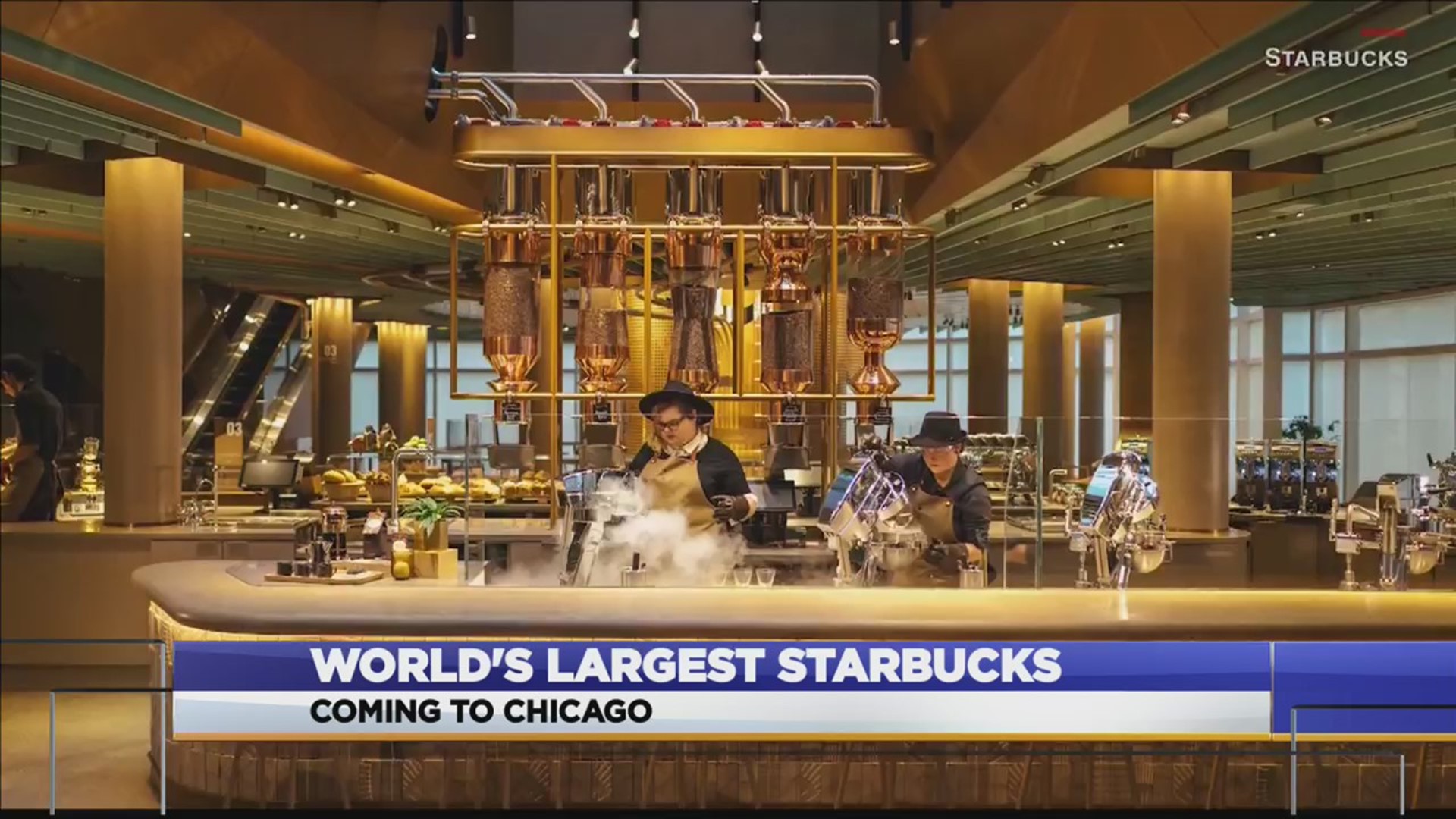 Starbucks’ largest-ever immersive coffee experience – across five floors and 35,000 square feet of retail space – celebrates the company’s heritage and is a tribute to the roasting and the craft of coffee.

Visitors will be able to see, hear and learn about coffee’s extraordinary journey through intentional and unparalleled design, while enjoying a menu featuring exclusive coffee beverages exclusive to this location. The Chicago Roastery joins locations in Seattle, Shanghai, Milan, New York and Tokyo.

Starbucks has a rich history with the Windy City, dating back to 1987 when the company opened its first store outside of the Pacific Northwest and had a total of 11 retail stores and served as the foundation for the company’s national growth strategy.

Nearly 32 years later, there are 796 company-operated stores in the region where Starbucks employs more than 18,100 employees. The Roastery employs nearly 200 people, including roasters, baristas, commessas, bakers, and mixologists.