HAZEL GREEN, Ala. – A man was arrested Saturday on multiple counts of assault by the Madison County Sheriff’s Office. Deputies responded to a reside... 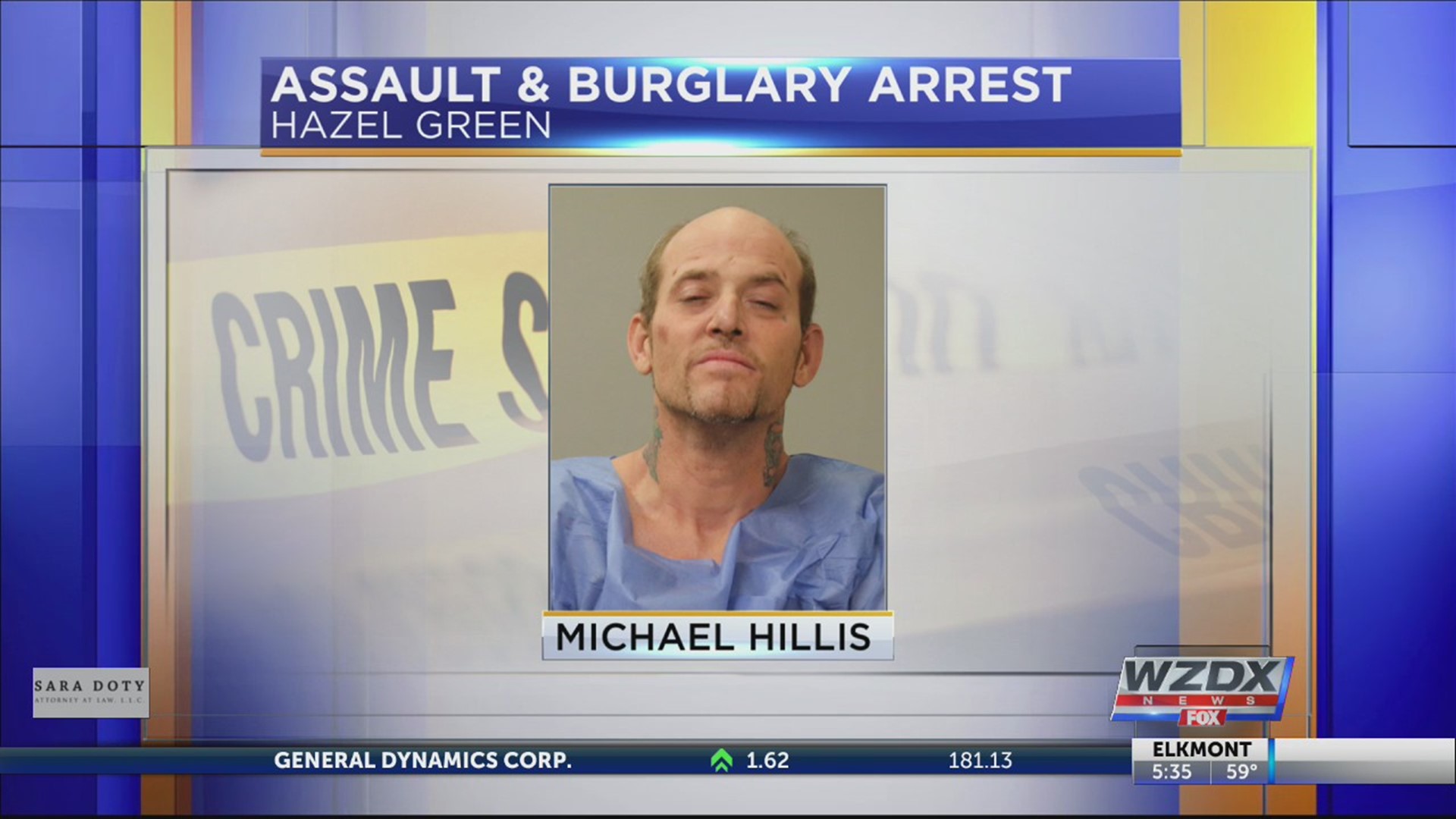 HAZEL GREEN, Ala. – A man was arrested Saturday on multiple counts of assault by the Madison County Sheriff’s Office.

Deputies responded to a residence on 1250 Scott Road in the Hazel Green community Saturday, Jan. 11. When they arrived at the scene, they found the victim suffering from a stab wound. The victim was transported to Huntsville Hospital to be treated for non-life threatening injuries.

Deputies then found the offender, Michael Ray Hillis, 41, and detained him; while he was being detained, he allegedly assaulted two deputies and made verbal threats against another.

The two deputies were treated by HEMSI personnel for their injuries while at the residence and subsequently released.

Authorities later determined that Hillis had ingested an unknown narcotic, at which time he was transported to Huntsville Hospital, where he was treated for a possible overdose as well as under the influence of alcohol. He was cleared by medical personnel at Huntsville Hospital and was released to the Madison County Jail Facility.