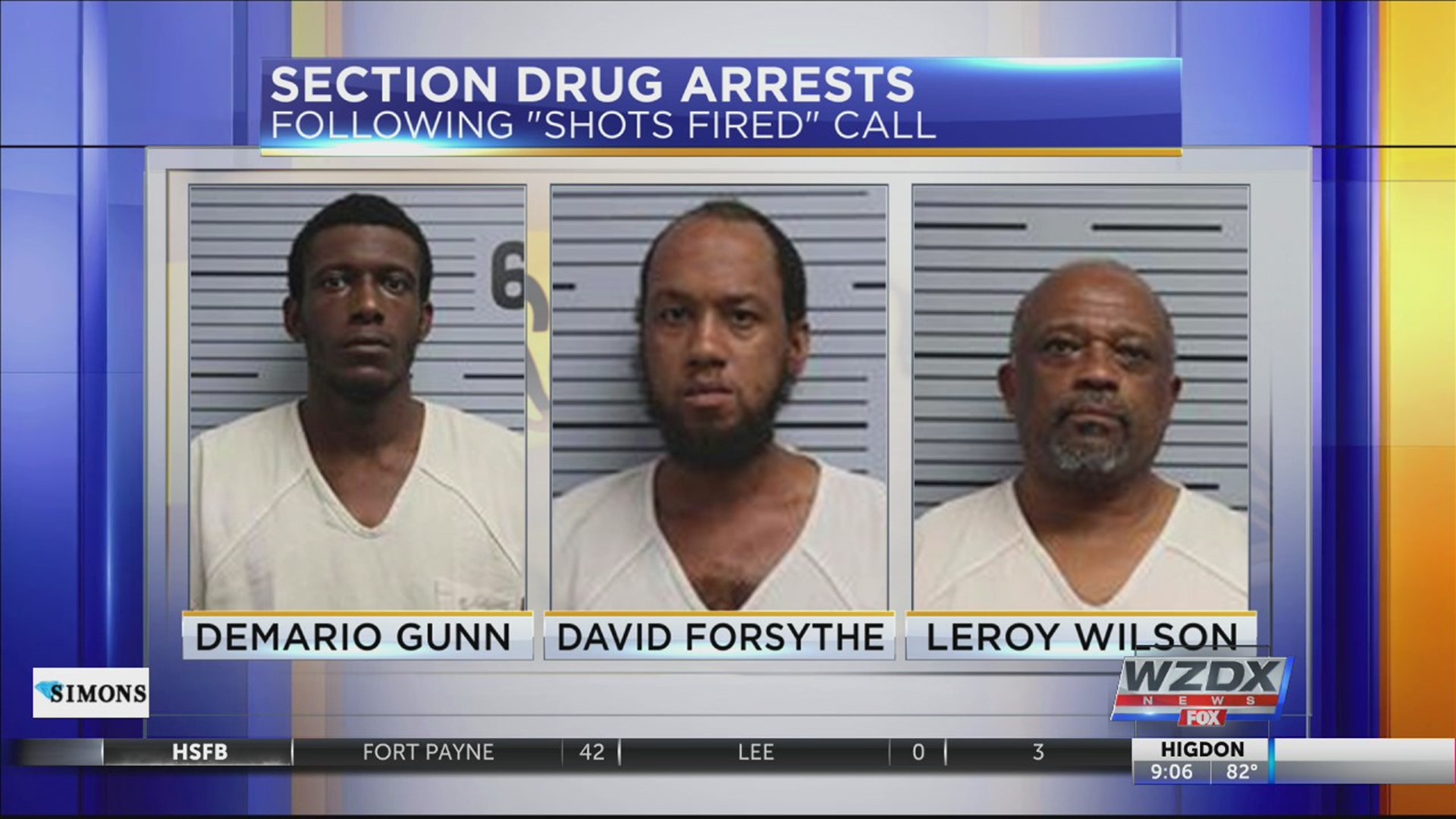 Authorities responded to a home on County Road 100 in Section. That’s where they arrested Demario Gunn, David Forsythe, and Leroy Wilson.

Gunn admitted to firing multiple shots at someone, but gave no reason why.

Authorities found meth, cocaine, marijuana, and a gun in the home. All men were arrested on drug charges.