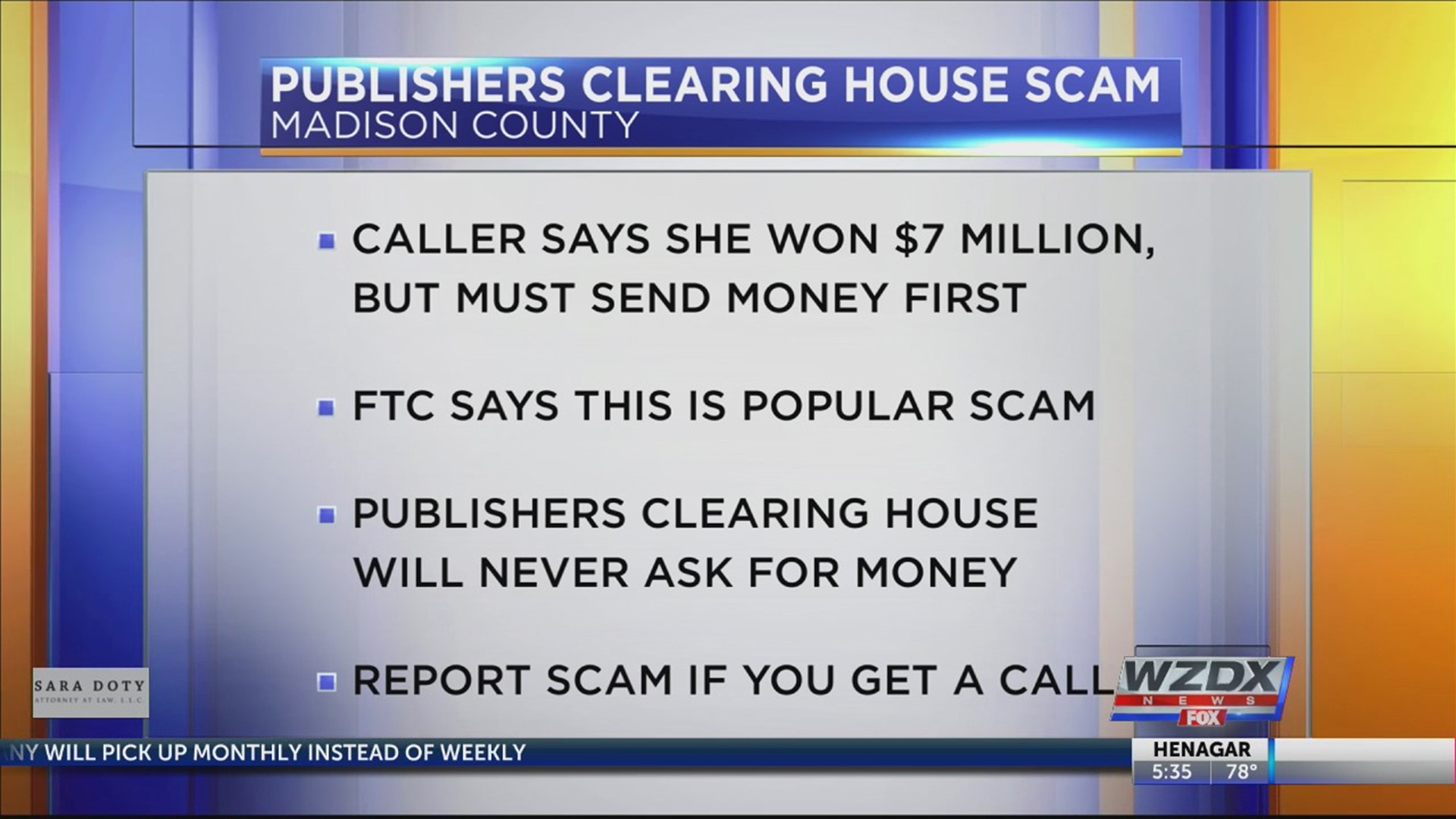 The Madison County Sheriff’s office is warning people about a scam from callers claiming to represent Publishers Clearing House.

Deputies say a scammer called an elderly woman and told her she had won more than seven million dollars from the Publishers Clearing House, but they said to collect her winnings, she had to send them $900. Luckily, the woman realized it was a scam and contacted the sheriff’s office.

According to the federal trade commission, the Publisher’s Clearing House scam is popular among thieves. Deputies say if anyone calls asking you to pay for a prize, hang up and report the call.