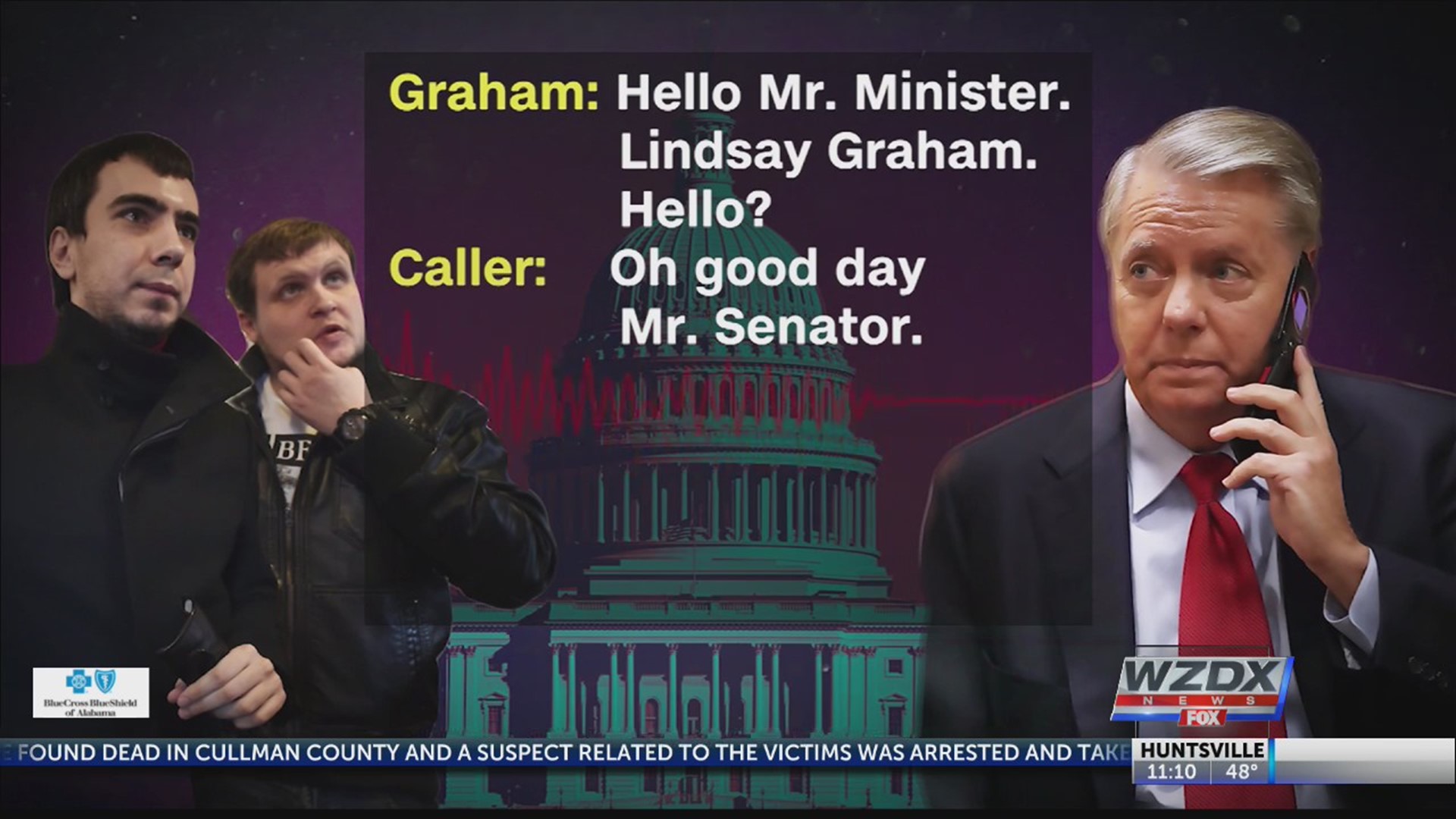 In August 2019, two Russian pranksters convinced one South Carolina senator that they were Turkey’s defense minister.

Politico first obtained recordings of two calls between Senator Lindsay Graham and who he thought was a Turkish official. An unwitting Graham is heard talking about an ideal scenario for U.S. relations with Turkey, and refers to Kurdish forces, which he refers to by the shorthand YPG, as a “threat” to Turkey.

Those private comments appear to contradict the senator’s recent criticism of President Trump’s decision to pull American troops out of Syria to make way for a Turkish military offensive.

A spokesman for the South Carolina senator confirmed to CNN that the prank calls happened and that they quote “got him.”

In a the second call, Graham even offers a call with the President himself.

Senator Graham is only the latest to fall victim to the Russian pranksters – whose real names are Alexey Stolyarov and Vladimir Kuznetsov. Russian pranksters have been blamed for hoax calls made to Energy Secretary Rick Perry and House Democrat Adam Schiff.

Even Sir Elton John took a call he believed was coming from Russian President Vladimir Putin.

The duo have denied insinuations that they are backed by the Kremlin or Russian Intelligence even though their crank calls tend to target Russia’s real or perceived adversaries.