A rescue and recovery effort is underway after an overnight fire at the Jackson County Park Marina boat docks. Eight people are confirmed dead. No identificatio... 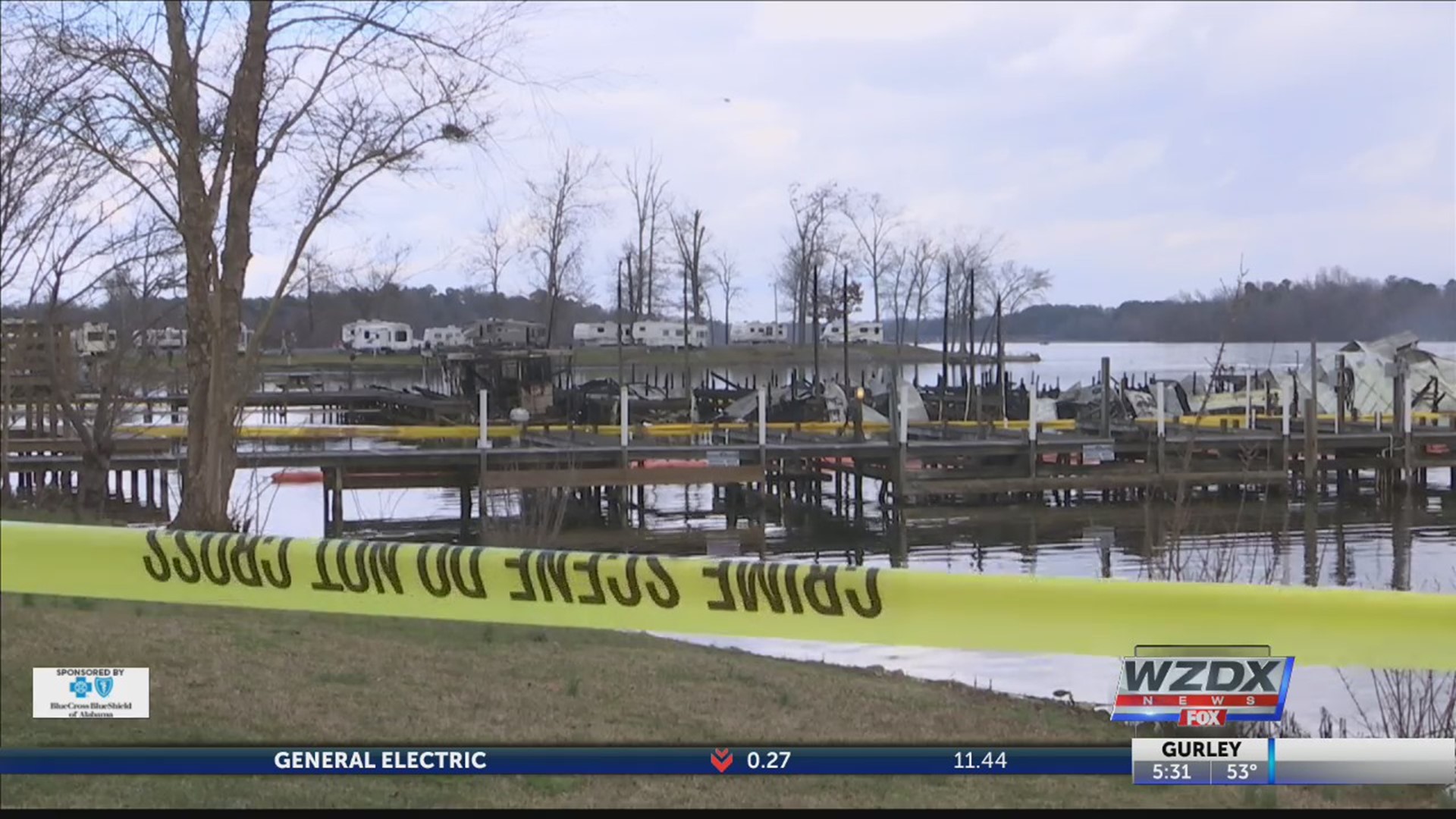 A rescue and recovery effort is underway after an overnight fire at the Jackson County Park Marina boat docks.

Eight people are confirmed dead. No identifications have been released and the recovery effort continues as teams attempt to account for every person and every vessel are accounted for.

Officials reiterated that the public needs to stay away from the area. 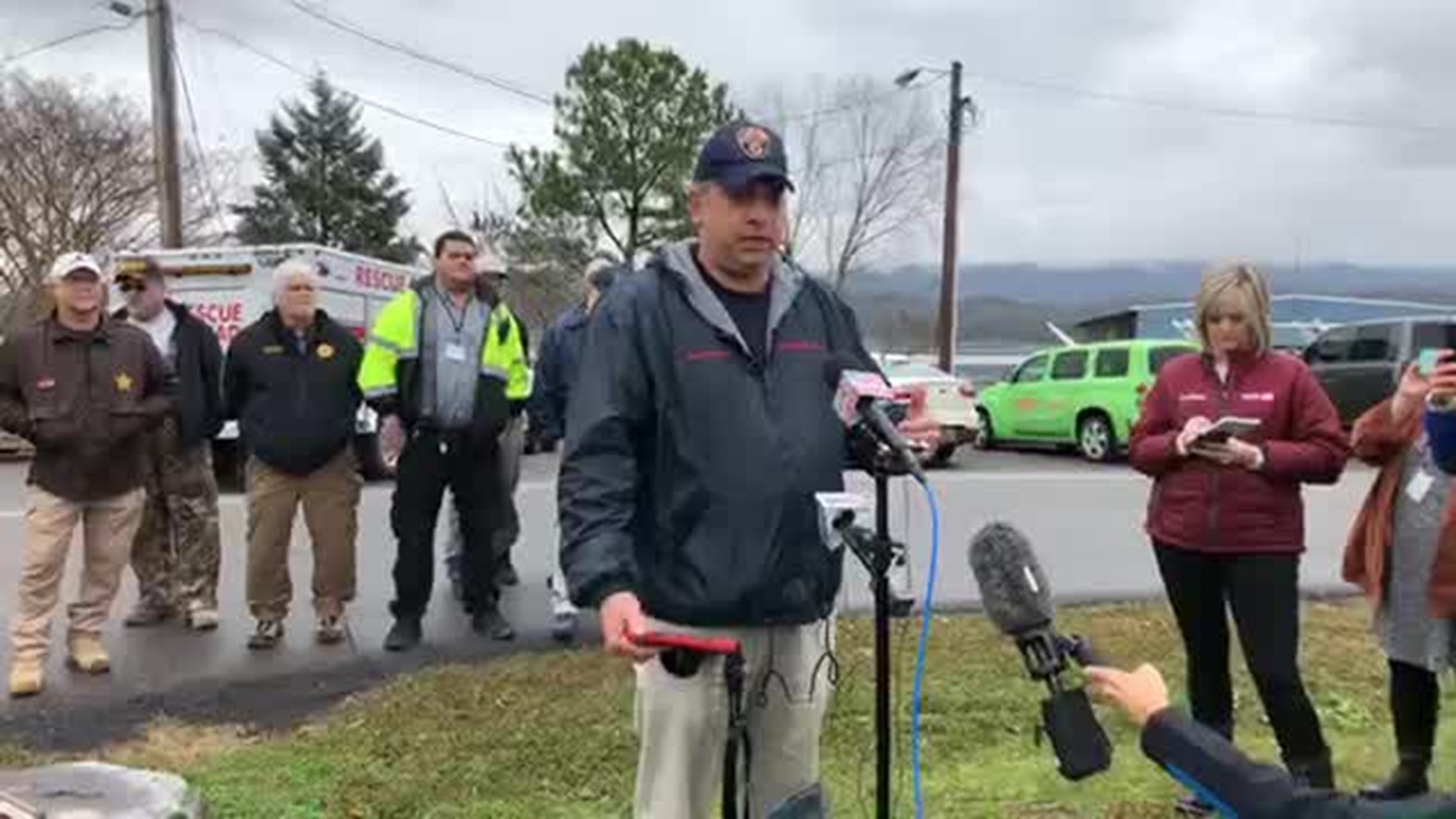 Necklaus confirmed earlier reports of a call at about 12:40 a.m. of a boat on fire at the Jackson County Park Marina, Dock B. When crews arrived, the dock was about 30% involved. He said that because of the fire’s location on the inland side of the dock, it caused substantial access problems for fire fighters to get to the fire and at the same time, problems for occupants of that boat dock to exit. Once the fire was extinguished, they determined that about 35 vessels were destroyed, ranging in size from about 20′ to over 40′, houseboats to pontoons. He shared that several people occupied those houseboats as a primary residence.

Necklaus explained the rescue actions started by rescuing people from the water who had jumped off the boats or off the docks in addition to extinguishing the fire. Seven people were recovered and transported to the hospital where they were treated and released.

Multiple boats sunk, some at the dock, some after they floated away from their moorings. It’s expected to take multiple days to complete the recovery effort.

Necklaus says that containment measures are in place to mitigate the environmental impact of this and there will be an extensive cleanup effort. 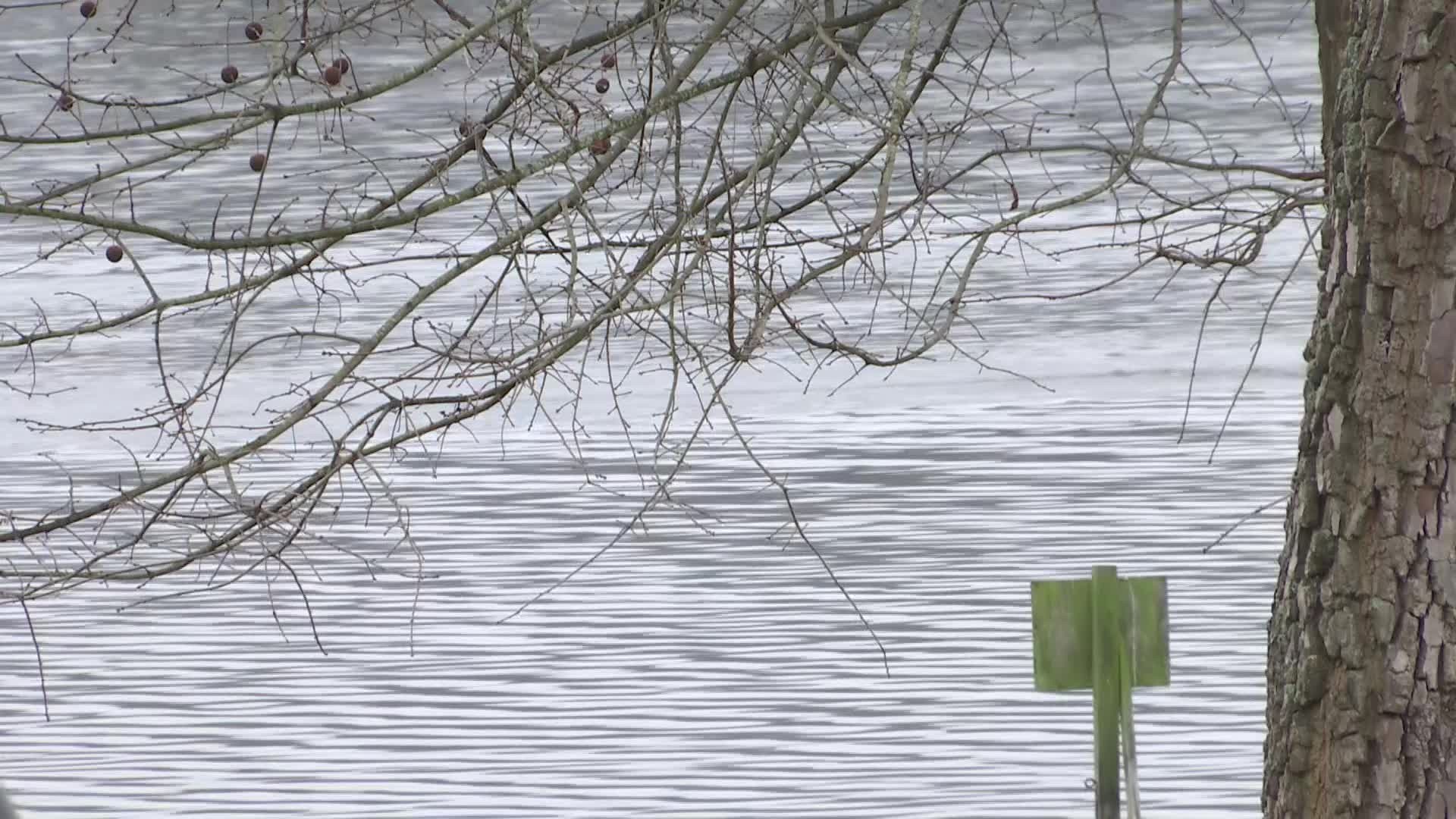 Jackson County EMA Director Paul Smith gave an update on the incident at about 10:00 a.m. 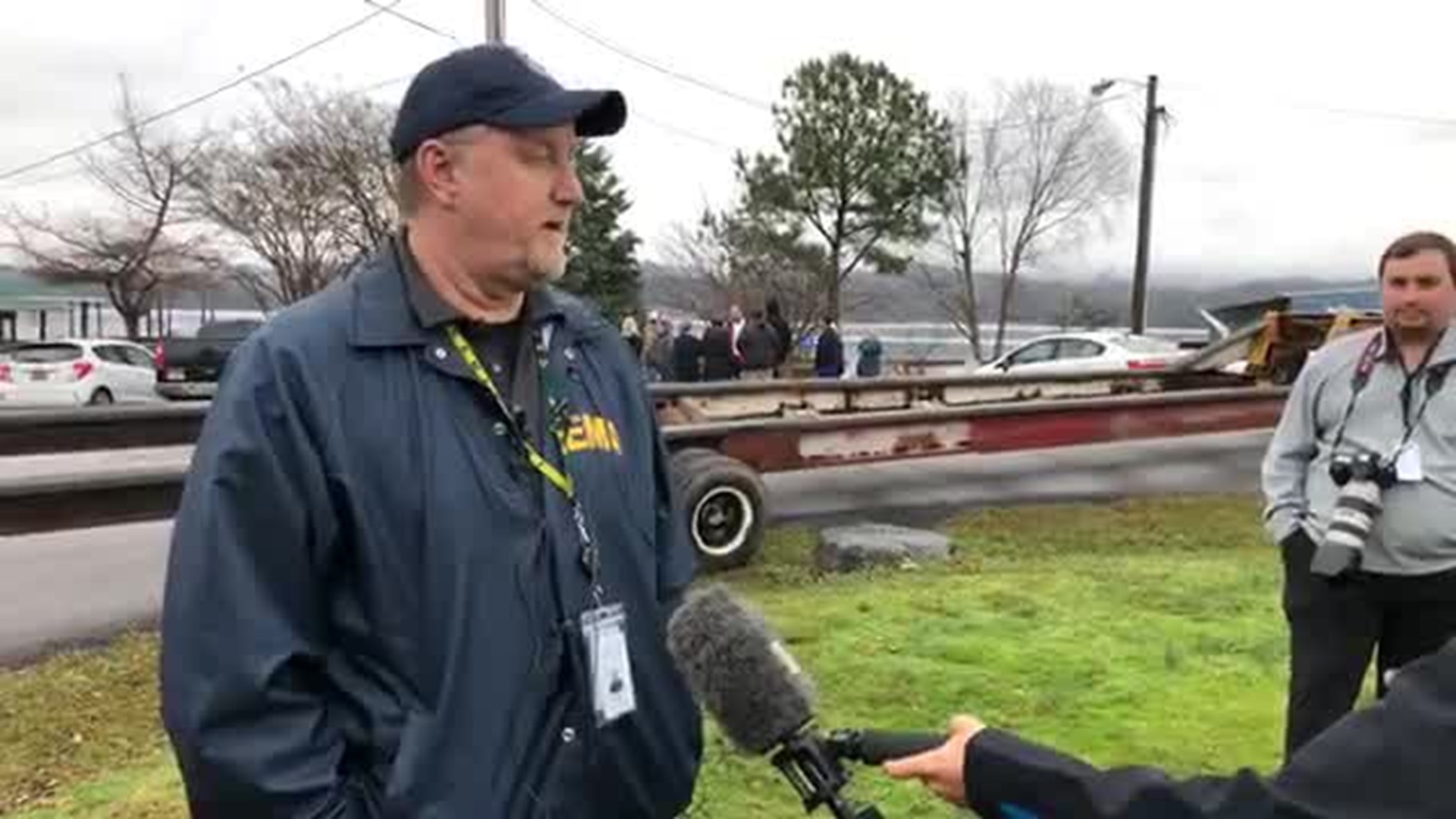 Smith said that a call came in at about 12:30 a.m. of two boats on fire. When the fire department arrived, there were considerably more than two boats. The fire had begun on the shoreline end of the dock and spread out. No cause for the fire has been determined. The State Fire Marshal’s Office is using drones to investigate the scene.

When asked about the number of boats and workers in the water, Smith said that besides recovery, they are working to contain oil, gas, and fuel in the water to try to keep it from becoming an environmental hazard. He also said that the approximately 50 workers out is typical due to the amount of debris and that that makes it difficult for just a small team to search.

Smith explained that the water conditions are the most difficult part of the recovery effort. “It’s January, the water’s pretty cold, there’s a lot of debris in the water, and it makes it difficult for the rescue folks to get where they need to be.” He also said that while they are prepared for cold water, their time in the water is limited and that requires extra dive teams.

The recovery process will take some time. Smith says that what’s left of the boats and debris from the docks will have to be removed from slips before divers can go down and continue their recovery. This will start as soon as equipment can be put in place.

“There were numerous people rescued from the water who had escaped by going into the water,” Jackson County Chief Sheriff’s Deputy Rocky Harnen told The Associated Press shortly after dawn. Smith later confirmed this and said that seven people were recovered from the water. While he can’t confirm the level on injuries, he said some of the people were being treated for hypothermia and exposure, but were ambulatory.

The blaze was reported shortly after midnight as people living in the boats were sleeping, and consumed the wooden dock and an aluminum roof that covered many of the vessels, cutting off escape routes and raining debris into the water.

At least 35 boats are reported destroyed. The dock is a total loss.

The fire destroyed the B dock, about 50 yards (46 meters) from the A dock where the boat of Mandy Durham and her boyfriend is moored.

“We woke up hearing screams and popping noises,” Durham said. “When we woke up, we could see red through the window.”

“Within 15 to 20 minutes, the whole dock was in flames,” she said. “All these boats have propane tanks and gas tanks, and that’s a lot of fire.”

People were jumping onto a boat at the end of the dock because fire had consumed the middle portion and that was their only escape. But then the flames spread to that boat, leaving water as their only way out, Durham said.

“Water was the only place they had to go,” Durham said. “Its just extremely sad. It’s horrible.”

Harnen said, “We have some confirmed fatalities, but we don’t have an exact number yet.” He added that several of those hospitalized suffered from being in the water, and some were burned.

It’s been a challenge for rescuers to reach the victims, Harnen said. “The damage from the dock has fallen on top of the boats, and some of the boats have drifted off,” he said. The aluminum roof and wood structure was destroyed, as were about three dozen boats. Crews also were using booms in an attempt to contain fuel in the water, he said.

Many of the boats on the dock that burned were owned by people who lived on their boats permanently, but some mainly spent weekends on them, Durham said.

Speaking with the AP shortly after dawn, Durham said there were rescue boats on the water. “Everybody is just hoping to find the ones they knew on that dock. There were families there. It’s devastating,” she said.

The park on the Tennessee River includes a boat ramp, a dock and a restaurant, and offers boat rentals, according to Jackson County’s government website.

Authorities are reporting multiple deaths with some people unaccounted for, but no official count or names have been released. The public is asked to avoid the area.

WZDX will bring you more information at it becomes available.