WASHINGTON (NEXSTAR) — Republicans say it’s time to bring some order to the way Congress spends money on disaster relief. They say the current system is out of ... 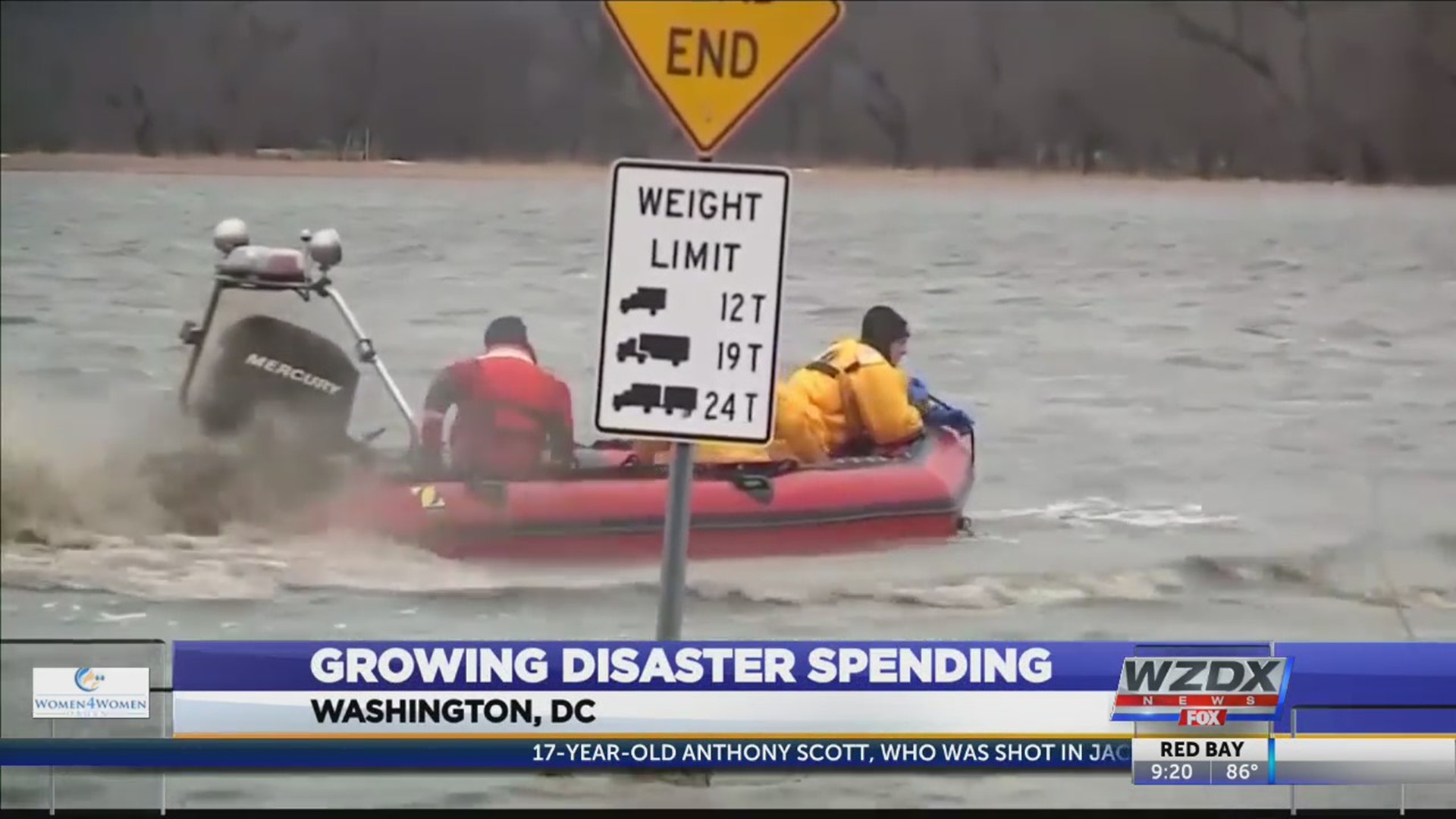 They say the current system is out of control, but the plan is already being met with backlash.

In the last two years, the U.S. has witnessed historic floods in the Midwest, deadly and destructive wildfires across the Western coast and record-breaking hurricanes that left Puerto Rico without power.

In May, lawmakers passed yet another multi-billion-dollar relief package and federal data shows disaster spending is skyrocketing every year.

The U.S. has experienced 246 massive natural disasters since 1980, according to federal data.

That has cost taxpayers more than $1.6 trillion and the annual cost each year is only growing.

Data shows three of the past six years have been the highest federal spending on disaster relief on record. That includes the most recent $19.1 billion disaster relief package to help hurricane, wildfire and flood victims.

Since costs are increasing every year, several Republican lawmakers are asking if the country can keep up.

“It’s definitely not sustainable,” said Sen. Mike Braun, a Republican from Indiana. “We run this big business here, which is really six or seven times the size of Walmart, basically by the seat of its pants.”

Braun is one of eight Republicans who voted against this year’s relief package.

He says Congress should abandon the pay as you go system. Instead, he wants to start planning and budgeting for disasters each year.

“Disaster relief, to me, since they happened somewhat routinely and it’s where the federal government ought to be in a place to help out,” Braun said. “But of course, we don’t offset it. We don’t plan for it. It’s what makes this place run so dysfunctionally.”

Democrats like Ohio Senator Sherrod Brown blasted the plan saying in a statement “after blowing a $1.5 trillion hole in the budget, it’s the height of hypocrisy for Republicans to suggest we can’t afford to take care of Americans who have been harmed by these disasters.”

The bill remains in the Senate, but Braun hopes to push it through in time for this year’s budget.