Welcome to the world, Little Frank! 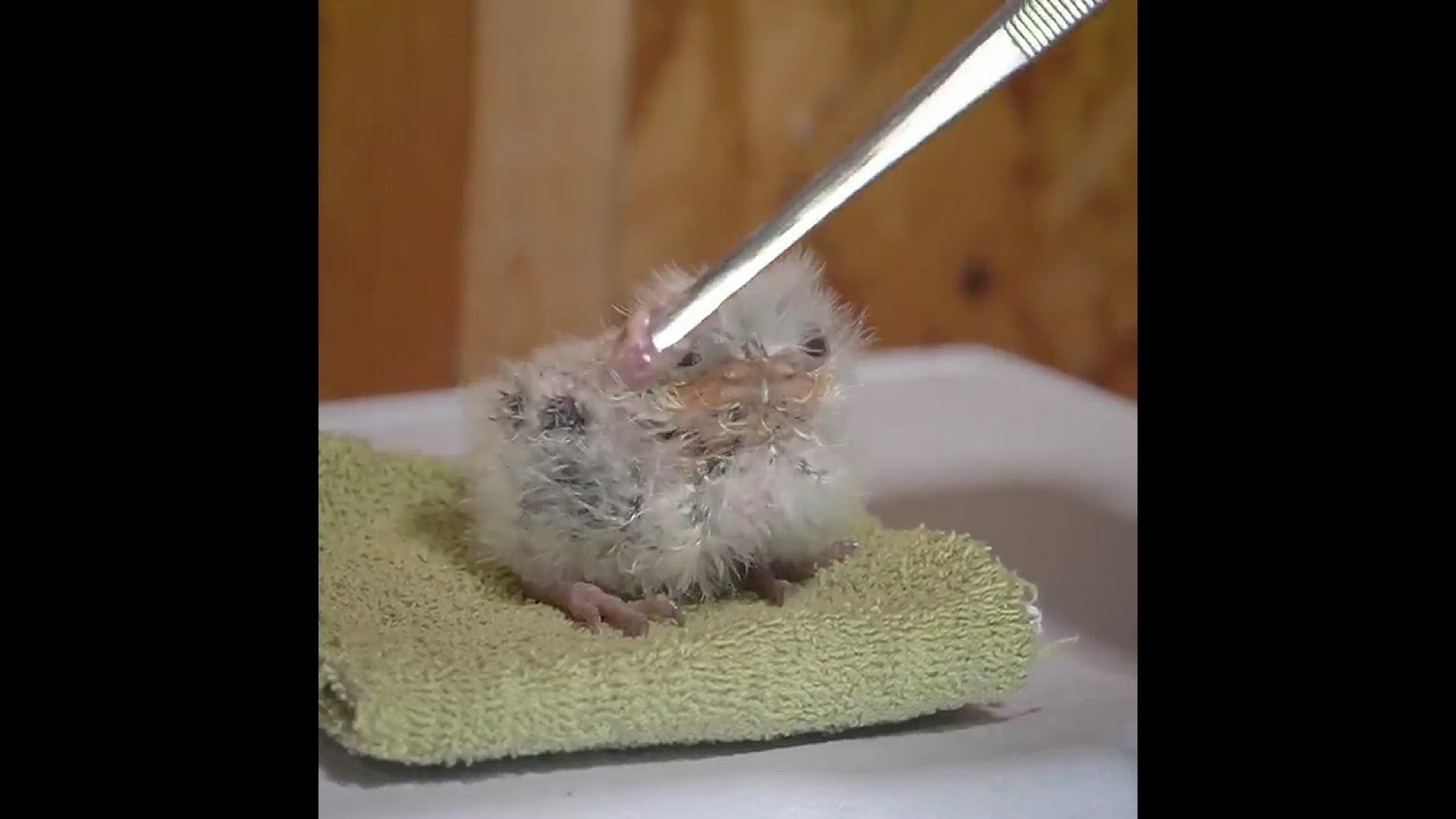 BREVARD COUNTY, Fla. — Staff at The Brevard Zoo are celebrating the newest member of the family, a tawny frogmouth chick named Little Frank.

The chick was born on April 21 and weighed 16 grams after hatching. Little Frank's sex has yet to be announced.

According to the zoo, Frank's parents, Nathan and Hotdog, have five offspring but haven't been able to raise their chicks on their own. That's when the zoo stepped in.

The chick had to be put in an incubator and is now being raised by the zoo. Little Frank eats meat and cat food every two hours during a 16-hour period each day.

"Tawny frogmouths are often confused for owls, but they are actually more closely related to nightjars. These carnivorous, nocturnal birds are known for their bright yellow eyes, wide beak, long wings and short legs," said the zoo. "Native to Australia, the tawny frogmouth faces threats such as habitat loss, pesticide use and nonnative predators like cats and foxes."