Lucas Hembree turns 13 years old March 2. That's three years longer than he was expected to live. His family wants everyone to send Lucas a card to celebrate. 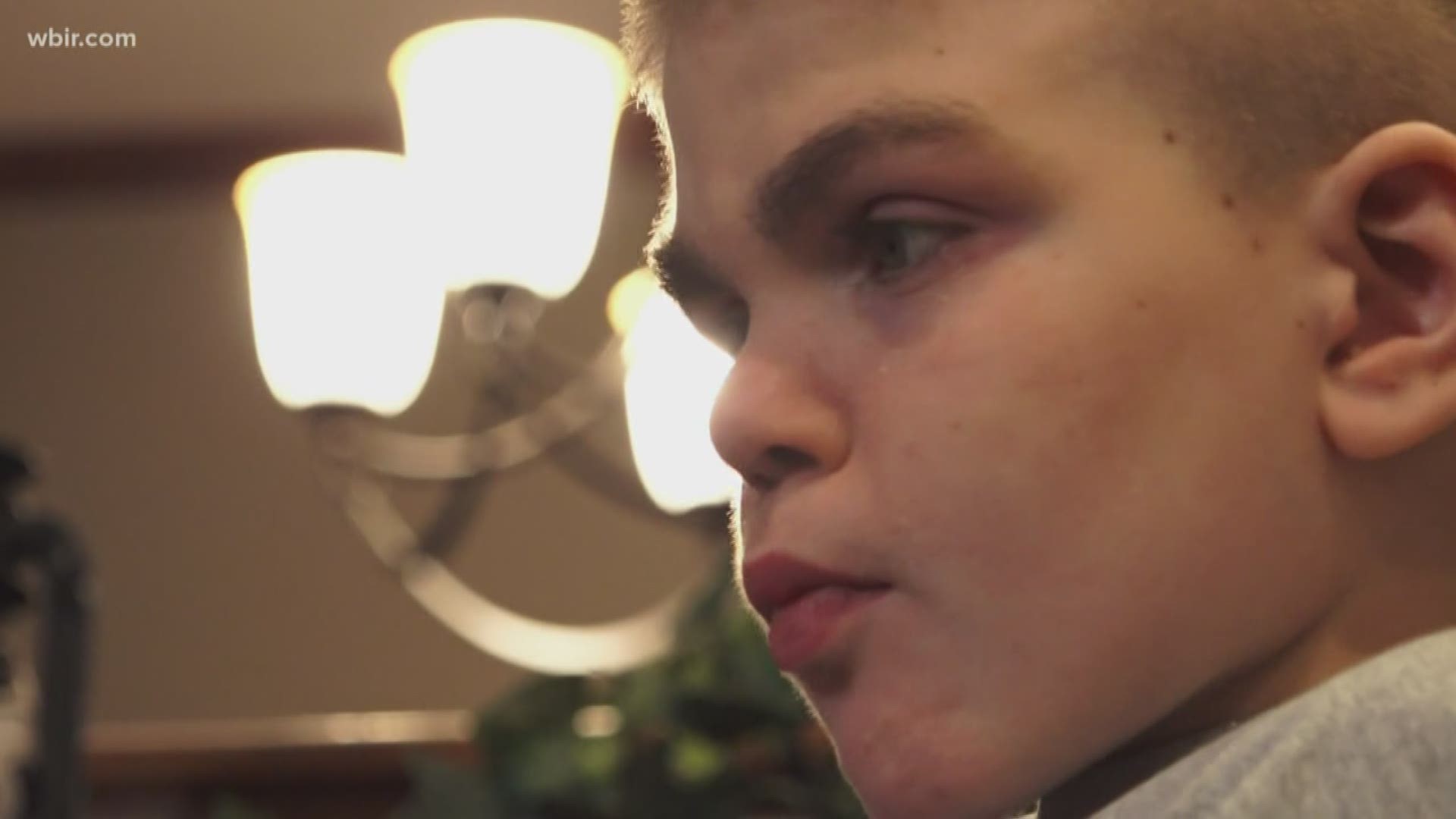 LOUISVILLE, Tenn. — Update: As of Thursday, Lucas' father said they had received more than 750 cards! Thank you!

The family of a terminally ill boy in Blount County wants anyone and everyone to brighten his special day by sending him a birthday card.

On March 2, Lucas will become a teenager.  His family has remained optimistic and proud of the boy's fighting spirit. But they also know this could be his last birthday. Lucas is now in Hospice care.

Lucas Hembree received a fatal diagnosis at the age of three.  A genetic disorder called Sanfilippo syndrome was already in an advanced state, so doctors believed he may live until he was 10 years old.

"This birthday is a big occasion for us because he has beaten the odds for three years. Doctors said he might live until he was 10. He isn't able to walk or talk at this point. But we want to do something big and special for his birthday. He still loves to get cards," said the boy's father, Chester Hembree. "He responds to the bright colors. You can also see him trying to listen to the cards that make sounds and play music."

Cards can be mailed to:

Many people in East Tennessee know the story of Lucas and his service dog Juno.  Juno was a rescue from the Tri-Cities saved by the Hembrees on the day he was scheduled to be euthanized.  Juno worked as Lucas's service animal until his death in December.

"The last year, 2019, was a really tough year for Lucas. He got pneumonia and lost a lot of his lung capacity. Juno died in December. It's just been a lot of hardship. We want to make sure he has a happy birthday.  The birthday card campaign was an idea that came from a similar thing a few years ago when everyone sent him Christmas cards. He loved it. And that's something he can still enjoy because he can't go outside or play. He's trapped in his own body," said Chester Hembree.

The Hembrees posted the request for birthday cards on the Facebook page "Prayers for Lucas."  The family has already received dozens of cards from across the country.

Credit: WBIR
Lucas Hembree was diagnosed with the terminal Sanfilippo syndrome as a 3-year-old.

"We have a lot of cards locally from Tennessee. We also have cards from Florida and Ohio. A family from Texas sent a few cards with a photo of the parents and kids holding a dry-erase board with 'happy 13th birthday Lucas' written on it," said Chester Hembree.

Chester said the cards will not only brighten Lucas's day.  They will serve as a reminder to his siblings of how much people cared for Lucas.

"It's something his little brothers can look at later down the road, and maybe share one day with their kids. They'll be able to say this is the legacy of love that Lucas had.  This is how much people loved and cared for him. With everything he's gone through, for people to spend a couple of dollars on a card will help the whole family," said Chester Hembree.

RELATED: Sep. 2019 - Remembering Garrett Jablonski: Celebration of life to be held on Sunday for boy who died from Sanfilippo Syndrome 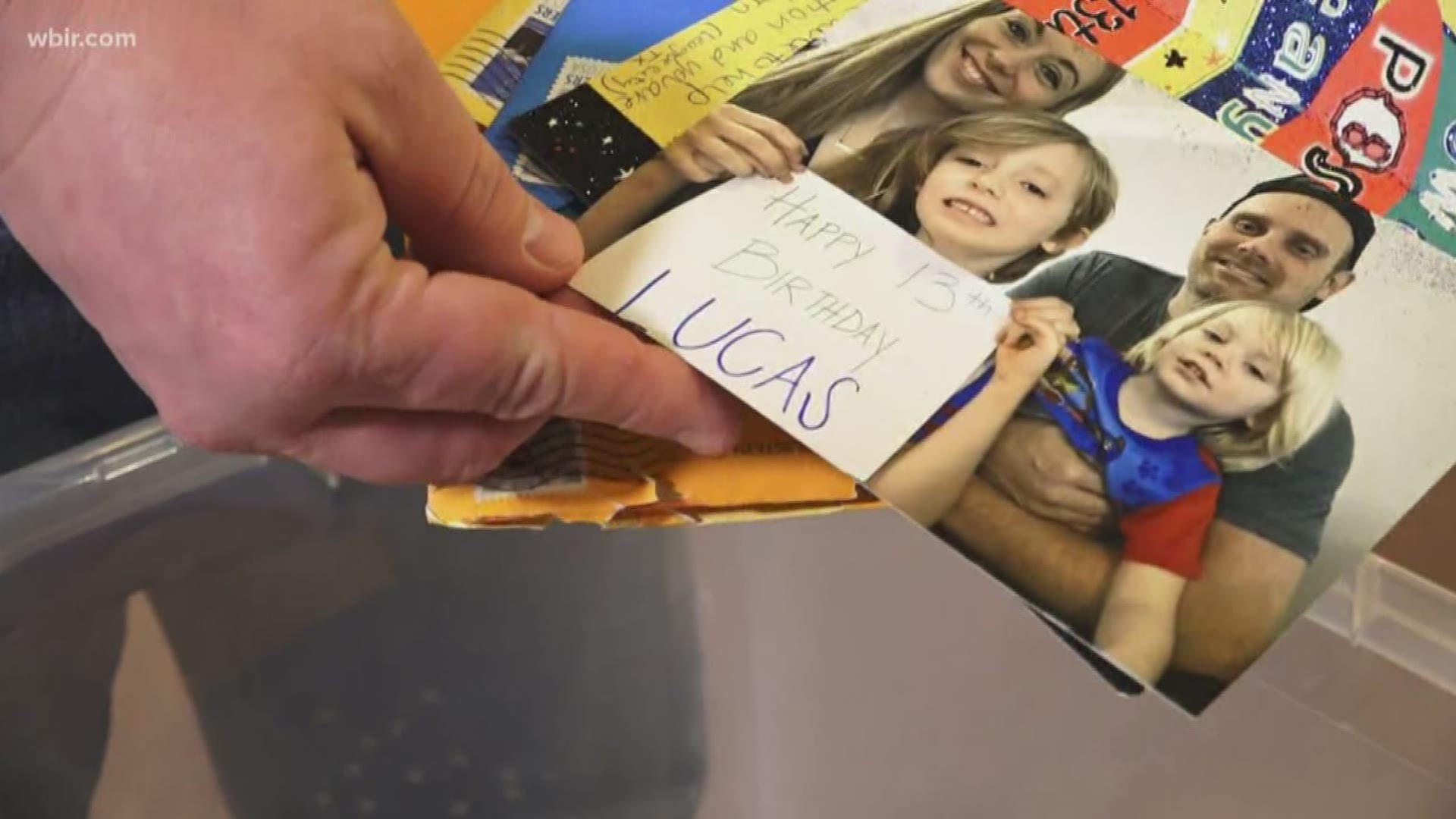