Proposed Alabama bill requires vasectomies for men over 50, with 3 kids

Our reporter went out and asked a couple men in Huntsville how they feel about the proposed vasectomy bill. One man adds, “I do not support what she is recomme... 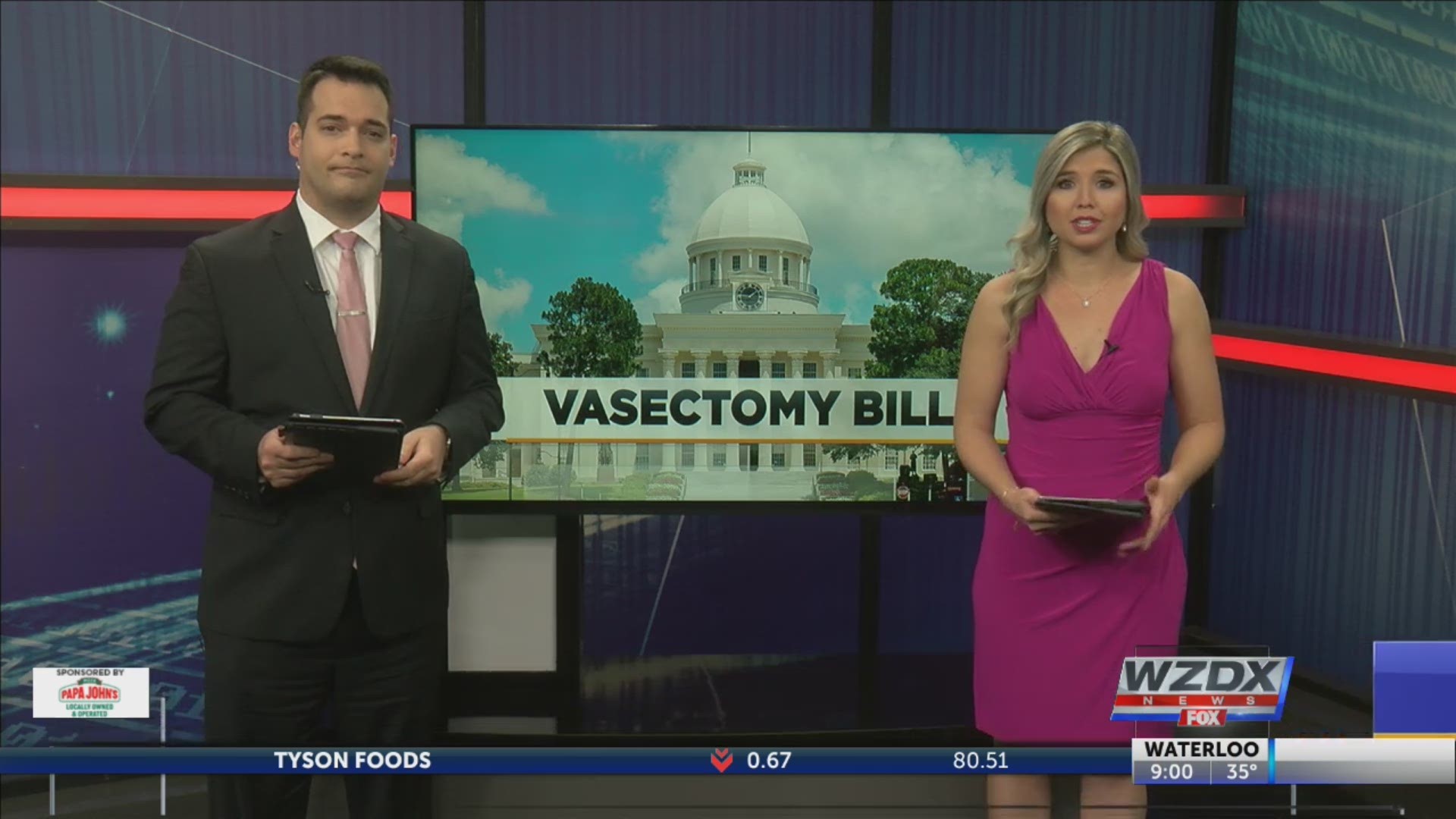 HUNTSVILLE, Ala. — Last year, Alabama was one step away from making it a felony to perform an abortion in the state. Now, an Alabama lawmaker is making a bold statement about the right to choose.

A Birmingham lawmaker filed a bill Thursday that would require Alabama men to get a vasectomy once they reach 50 years old or father three children, “whichever comes first.”

Democratic State Representative, Rolanda Hollis, sponsored the bill and says that a man will have to pay for the vasectomy “at his own expense.”

Our reporter went out and asked a couple men in Huntsville how they feel about the proposed vasectomy bill.

Craig Spector says, “Stay out of my house. Leave me alone. If I do something illegal, put me in jail. Leave my personal life alone.”

Another man adds, “I do not support what she is recommending. She’s getting into a person’s personal business.”

Tom Robertson says, “I don’t know. I guess she would have to be a man to understand where we’re coming from.”

The vasectomy bill is all in response to Alabama’s history of passing laws revoking a woman’s right to choose to have a legal abortion.

Just last year, the legislature and Governor Kay Ivey passed a near-total ban on abortion. Making it a Class-A felony for doctors to perform abortions in the state– punishable by 10 to 99 years in prison.

The 2019 bill would only allow abortions in cases of a serious health risk to the woman.

The bill was struck down by a federal court in 2019.

In a tweet responding to an individual asking what the “purpose” of the bill is, Rep. Hollis responds “This is to neutralize the abortion ban bill.”

The Vasectomy bill is to help with the reproductive system. This is to neutralize the abortion ban bill.
The responsibility is not always on the women. It takes 2 to tangle. This will help prevent pregnancy as well as abortion of unwanted children. This

It adds, “The responsibility is not always on the women. It takes 2 to tangle.”

Our reporter shared this with the locals she spoke to earlier– and this is what one man had to say.

Craig Spector says, “We got too many bills that have to do with personal lives that have no business to be in the legislature. A woman’s body is her own body to do what she feels is necessary to do. And a man’s body is the same thing.”

The bill also notes, “Under existing law, there are no restrictions on the reproductive rights of men,”.