Under pressure, President Donald Trump rescheduled his rally from the Juneteenth holiday. But still, its location drew the ire of his opponents. 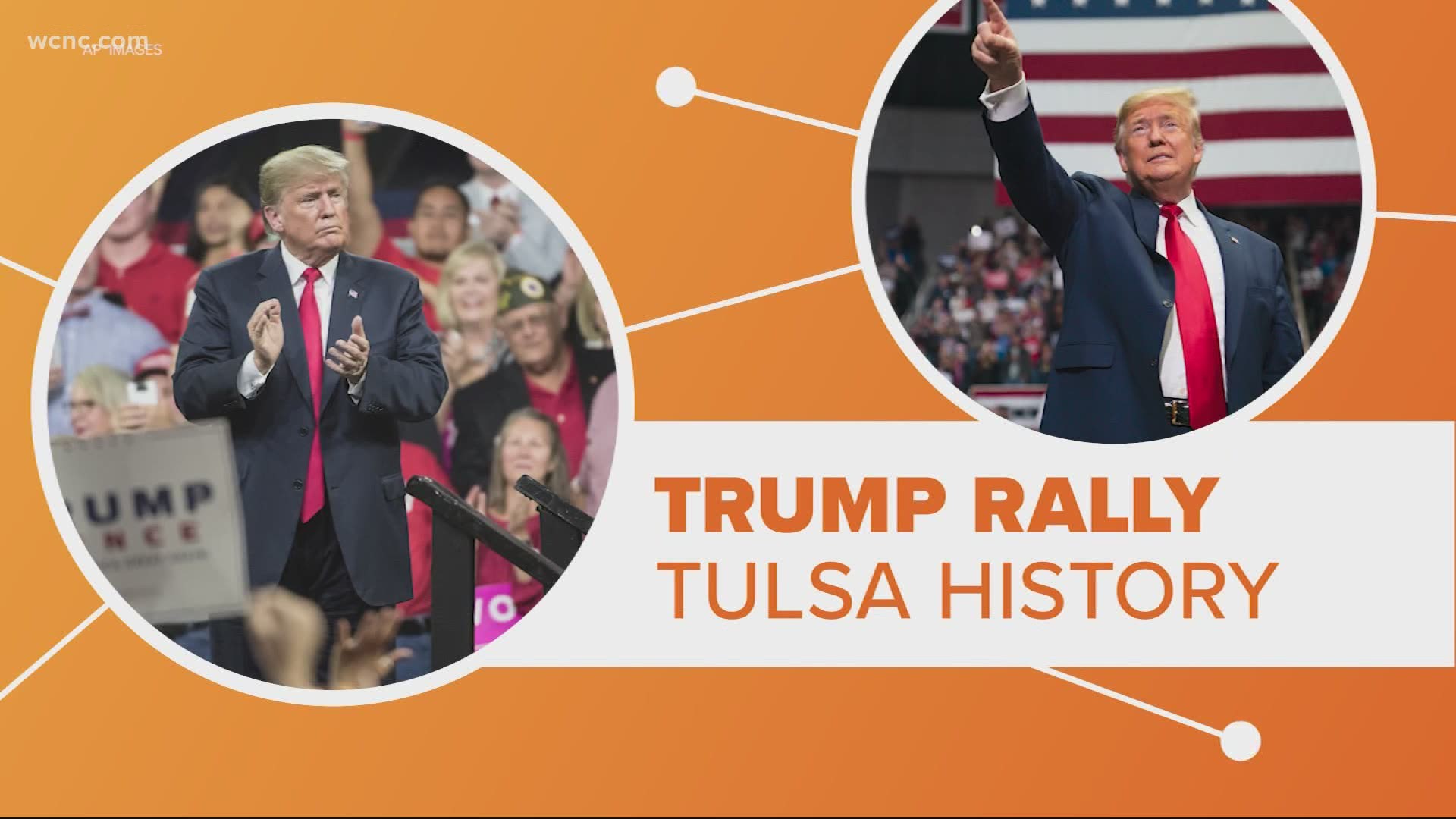 CHARLOTTE, N.C. — This week, President Donald Trump will host his first political rally in months as he continues his re-election campaign with a visit to Tulsa, Oklahoma.

Under pressure, Trump moved the rally back one day to June 20. It was originally scheduled for Juneteenth, the holiday reserved for marking the end of slavery in the United States. But still, it's where the rally is happening that's drawing criticism from Trump opponents.

The president's rally in Tulsa has brought new attention to one of the most horrific moments in that city's history, the Tulsa race riots.

In the 1920s, Tulsa was a prosperous and growing city, thought it was segregated. The city's black residents mostly lived in an area called Greenwood and established a thriving business community, often referred to as "Black Wall Street."

In 1921, a black teenager was arrested after he was falsely accused of assaulting a white woman. When he was arrested, an angry white mob surrounded the courthouse while a small group of armed black men arrived to protect the teenager. Chaos broke out and the white mob descended on Greenwood. By the morning of June 1, thousands of them poured into the community, looting and burning entire blocks.

RELATED: Defunding the police: What does it mean?

By the time it was over, it's estimated 300 people died and more than 1,000 homes and businesses were destroyed. The Tulsa Race Massacre is now remembered as one of the deadliest riots in American history.