U.S. Attorney Michael Sherwin and agents from the ATF and FBI spoke about their plans to get violent offenders at the Capitol breach behind bars. 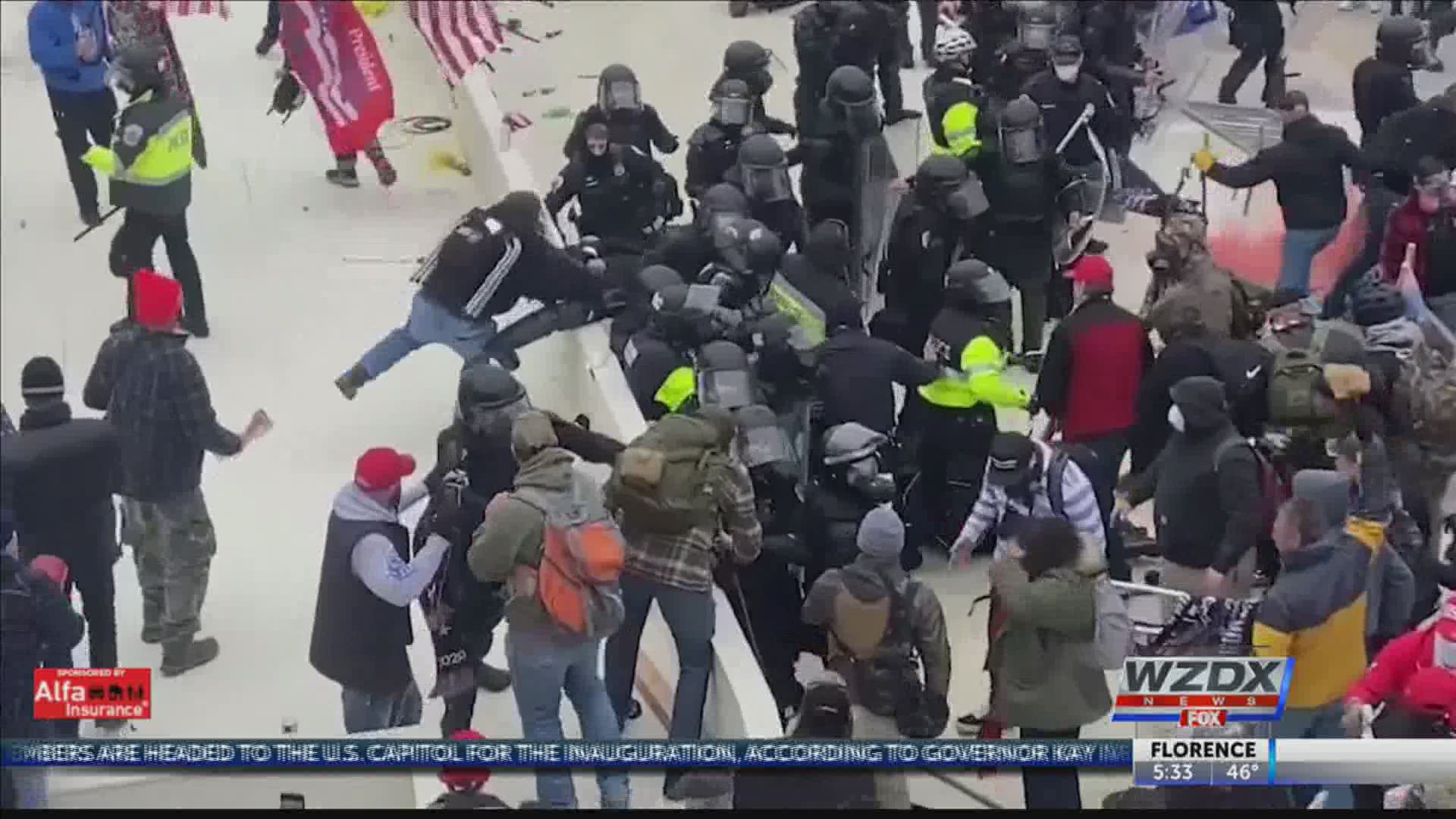 HUNTSVILLE, Ala. — According to the U.S. Attorney for the District of Columbia and agent from the FBI and ATF, there are currently 275 open investigations surrounding people who were involved in the violence that occurred at the capitol on Wednesday, January 6. That number is expected to rise significantly in the weeks ahead.

Officials are looking to find and charge those people. A big bulk of the charges were misdemeanors but there are many that will be charged with federal felonies.

"Some of these cases include Mr. Peter Stager, this was the individual at Arkansas. He was charged with a federal felony and arrested yesterday in Arkansas. This was the individual, I think that's really the height of hypocrisy, that was beating an NPD officer with a flag pole, and at the other end of that flag pole was attached the American flag," said Michael Sherwin, the Acting U.S. Attorney for the District of Columbia.

RELATED: Department of Justice releases information on those charged in violence at Capitol

A member of the FBI has a message for those who took part in the violence, but have not been charged with a crime yet.

"To those of you who took part in the violence, here's something you should know, every FBI field officer in the country, is looking for you. As a matter of fact, even your friends and family are tipping us off. So, you might want to consider turning yourself in, instead of wondering when we're going to come knocking on your door, because we will," said Steven D'Antuono, the Assistant Director in Charge of the FBI's Washington Field Office.

Fortunately though, there have been many people who have turned themselves in since the incident occurred.

"Over the past few days, we have had several people, given the way that we're charging these cases and what we're charging them with, these federal felonies, have self-reported and turned themselves in with attorneys, and we encourage the public to do that and we believe that will continue as the investigation goes on," said Sherwin.

Along with people turning themselves in, there have been a whopping 140,000 photos and videos sent in by different people all across the country to help find and charge the violent offenders at the capitol. The FBI strongly encourages people to keep sending in tips and assures that they are looking over all of them.