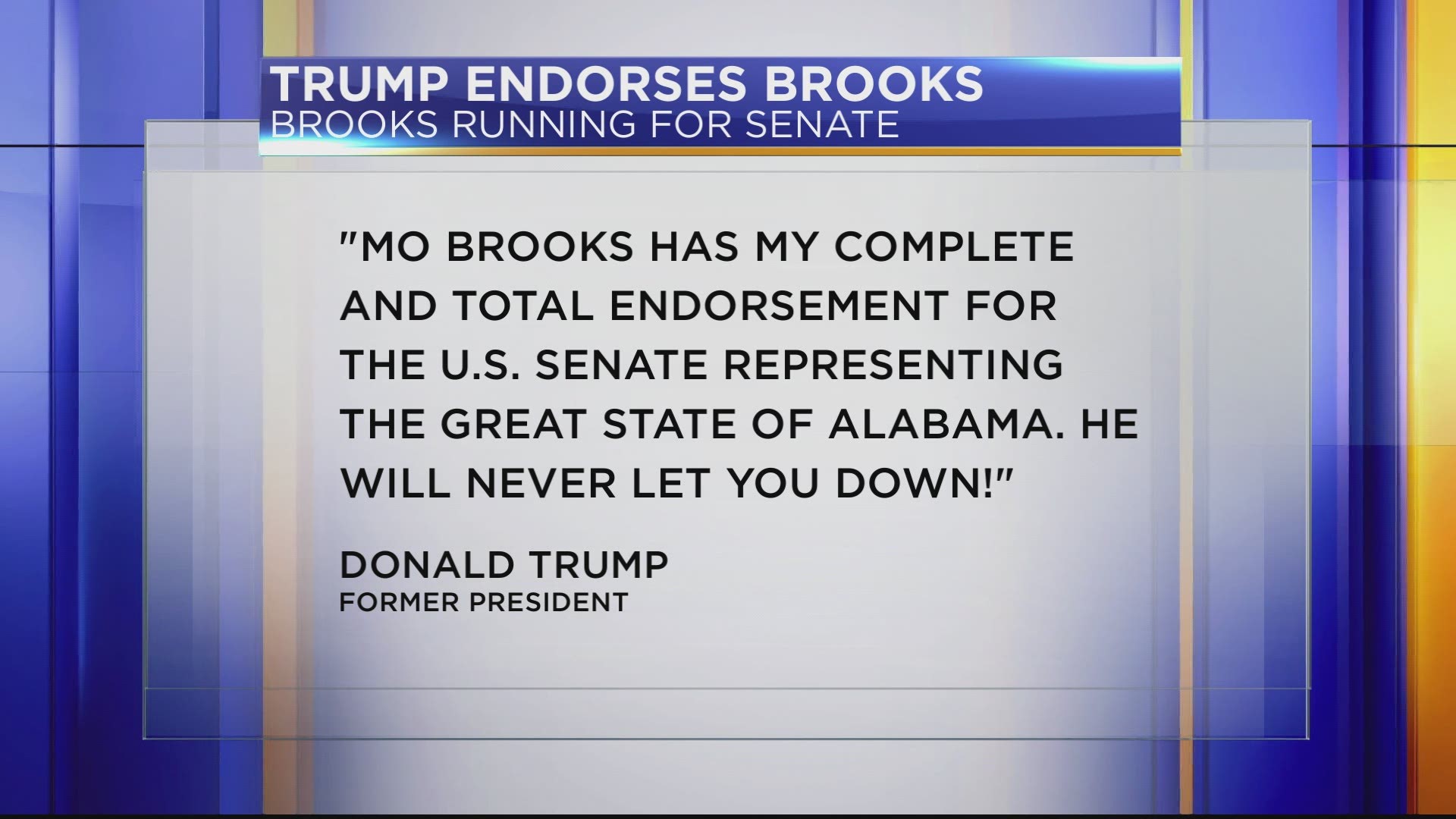 “Mo Brooks has my Complete and total endorsement for the U.S. Senate representing the Great State of Alabama,” wrote the former president.

“Few Republicans have as much courage and fight as Alabama Congressman Mo Brooks,” said Trump. “Mo is a great Conservative Republican leader, who will stand up for America First no matter what obstacles the Fake News Media, RINOs, or Socialist Democrats may place in his path.”

Trump continued to praise Brooks for his pro-life stance and other issues important to Republican voters.

“Mo Brooks is pro-life, loves our military and our Vets, will protect our Second Amendment, combat the Biden open-border agenda, is fighting for voter integrity (like few others), and was the Co-Chair of our winning, and record-setting, Alabama campaign in 2020,” he said.

In the press release, Brooks stated: “I am honored and humbled by President Trump’s strong endorsement of me for Alabama’s U.S. Senate seat.”

IN OTHER NEWS: Rep. Mo Brooks announces candidacy for US Senate