Defunding the police: What does it mean?

The Minneapolis City Council plans to defund the city's embattled police department after George Floyd's death. It sounds extreme, but what does it mean? 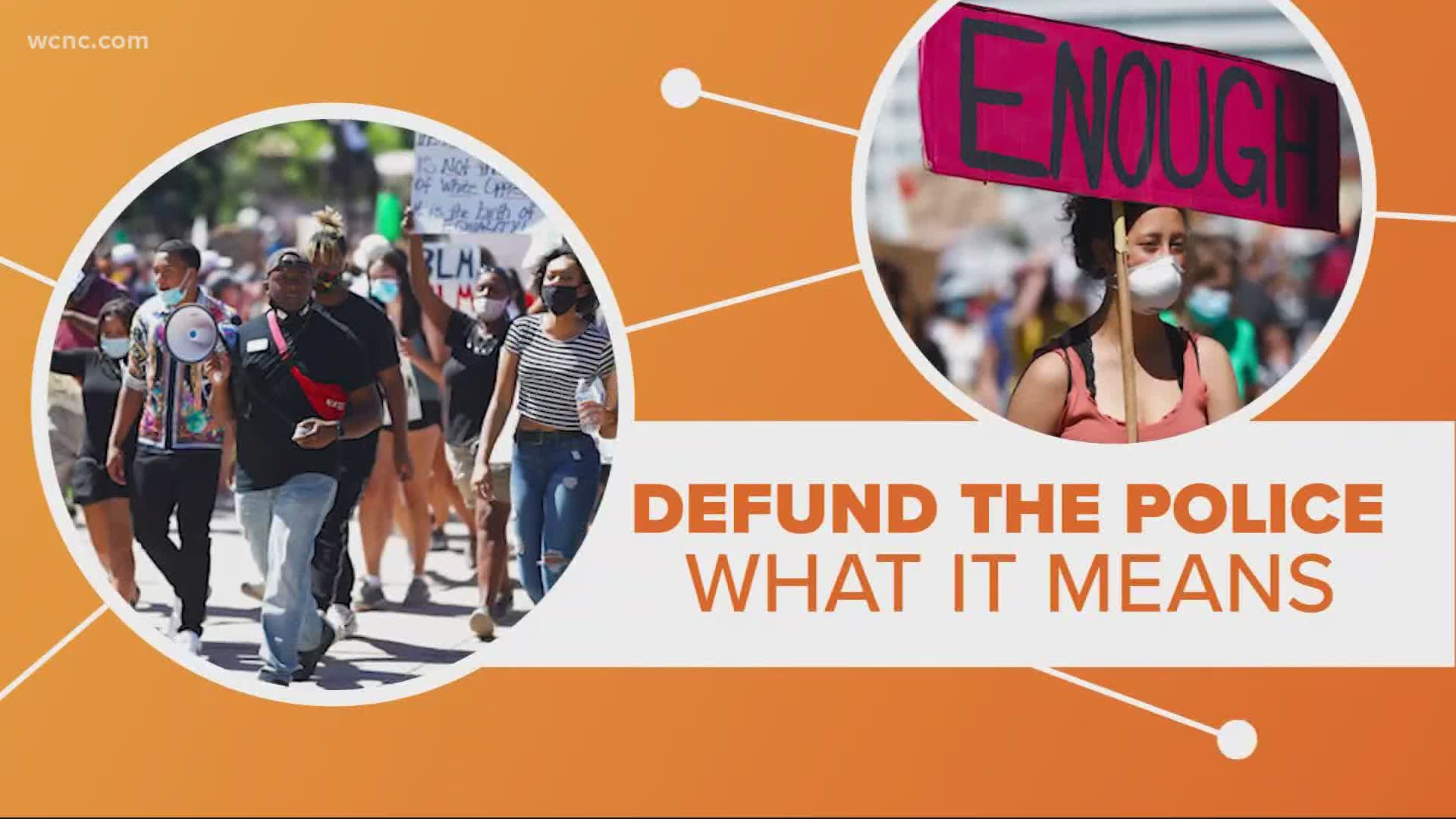 CHARLOTTE, N.C. — As protests against police brutality continue across the country, the Minneapolis City Council is planning to defund its embattled city police department following the death of George Floyd.

Defunding the police sounds extreme, but what exactly does it mean? That's the tricky part, not everyone agrees on what it means to defund police. So, how exactly would it work and what are protesters calling for?

The idea of defunding police isn't new. Calls for defunding departments began after the Ferguson protests in 2014, but it was treated as a radical idea and didn't gain much traction. Now, as the spotlight once again shines on racial inequality, calls to defund law enforcement are growing louder.

So does the idea actually mean disbanding police departments? It kind of depends on who you ask.

Some activists are calling for police budgets to be slashed with the money being reallocated to social services. Others want all of the funding to be removed and departments to be dissolved completely, with the idea being that communities of color often don't feel protected by the police and rely more on community services to be safe.

RELATED: Charlotte students painted ‘end police brutality,’ ‘Black Lives Matter’ on a rock at their school. Someone painted over it.