Brooks says in a Tweet that the complaint was served to his wife and claims that Swalwell's team committed 1st-degree trespassing in doing so. 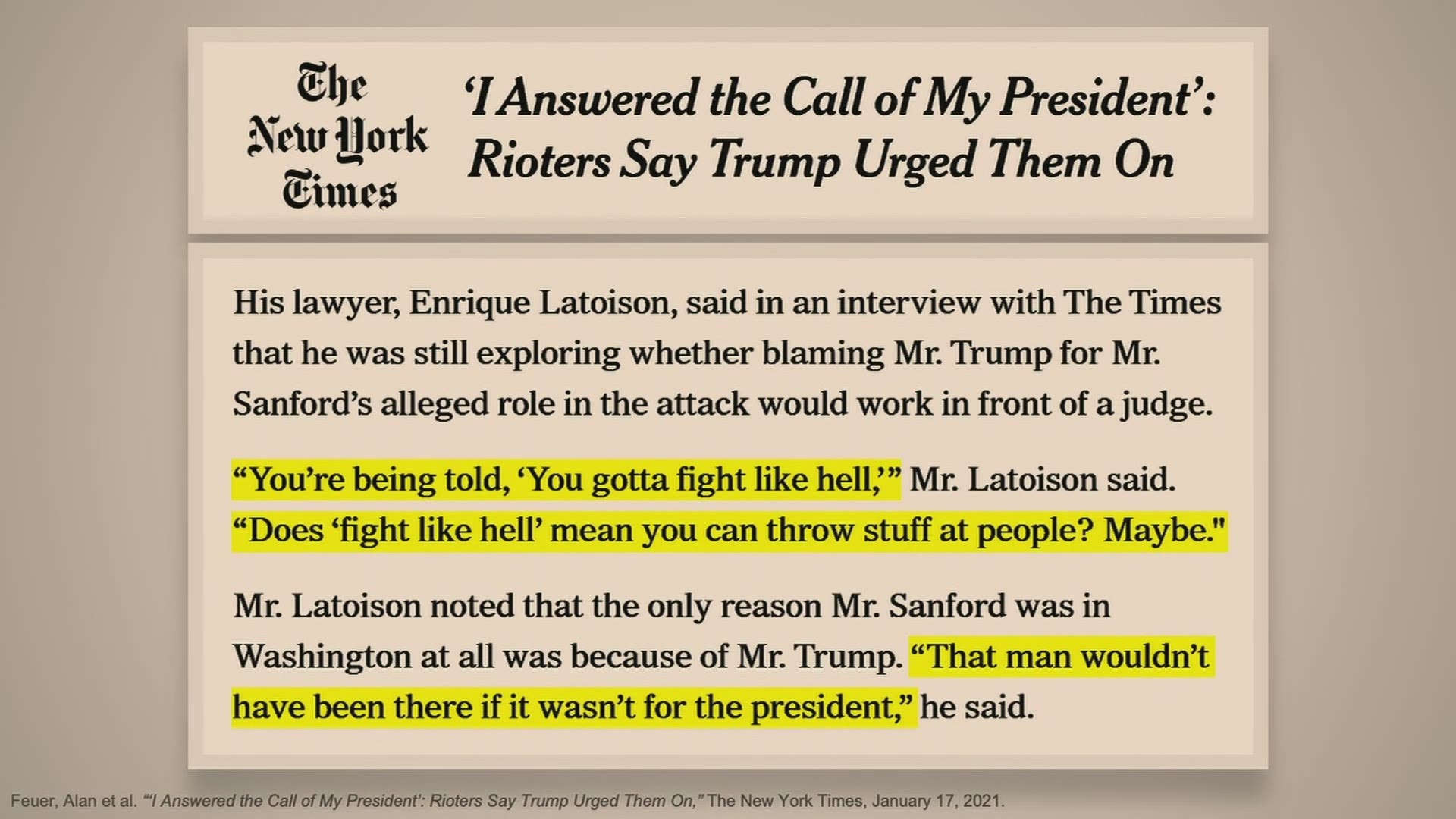 Update: On Sunday, June 6, Alabama Congressman Mo Brooks said he had been served a lawsuit from California Congressman Eric Swalwell over the January 6 Capitol attack.

.@EricSwalwell Well, Swalwell FINALLY did his job, served complaint (on my WIFE).

HORRIBLE Swalwell’s team committed a CRIME by unlawfully sneaking INTO MY HOUSE & accosting my wife!

Brooks also previously Tweeted a claim that Swalwell's lawsuit was frivilous and was to distract "from him bedding a communist spy." On that same Twitter thread, Brooks claimed that he hadn't altered his conduct since Swalwell's team filed the lawsuit. Brooks continued, stating that he had voted on the House floor more than 100 times since the lawsuit had been filed.

In regards to Swalwell’s frivolous lawsuit against me to detract from him bedding a Communist Chinese spy, first, under the law, it’s the plaintiff's job to serve a lawsuit on a defendant, not the other way around. It’s not a defendant's job to alter conduct or seek out service.

Republican Congressman Mo Brooks has apparently gone into hiding in a bizarre and curious attempt to avoid being served with a subpoena in a lawsuit filed by fellow Rep. Eric Swalwell, a Democrat, over the Jan. 6 failed insurrection at the U.S. Capitol.

Brooks helped plan the insurrection, according to an activist and numerous news reports — an allegation he denies — appearing at a rally on the morning of Jan. 6, where former President Donald Trump also stoked the crowd. Brooks told the crowd that morning that “today is the day that American patriots start taking down names and kicking ass.” He also encouraged them to fight.

Swalwell has filed suit against Brooks and three others, claiming that their numerous lies and encouragement to overturn the 2020 election results directly led to the ugly riot and looting that took place inside the Capitol. Lawmakers and their staffs were trapped in the House chambers for several minutes, as police officers barricaded the doors. At one point, there was gunfire inside the Capitol.

The other defendants — Trump, Donald Trump Jr. and Rudy Giuliani — have all waived service of the subpoena and instead acknowledged through their attorneys that they were aware of the lawsuit and their requirements to appear. But not Brooks.

A recent filing asking for another 60 days to serve Brooks — a request that federal Judge Amit Mehta granted on Wednesday — detailed Swalwell’s legal team’s troubles locating Brooks, including through his staff, by email and by phone.

“Counsel spoke to two different staff members on two separate occasions, and each time was promised a return call that never came,” the filing read.

Swalwell’s legal team even hired a private investigator to locate Brooks “in many different jurisdictions,” but recent security measures implemented in the wake of the Jan. 6 riot hampered that effort.

The other defendants in the case have already filed answers in the suit, claiming that they can’t be held accountable. Mehta is set to take up the motions to dismiss in July. If the suit moves forward, the next step would be the production of documents and records, which could shed significant light on just how involved, if at all, Brooks, the Trumps and Giuliani were in planning and helping to execute the insurrection attempt.