Alabama Secretary of State will not seek candidacy for any office in 2022 after admitting to affair, according to a report

A report from AL.com says Secretary of State John Merrill admitted to having an affair with a 44-year-old woman. 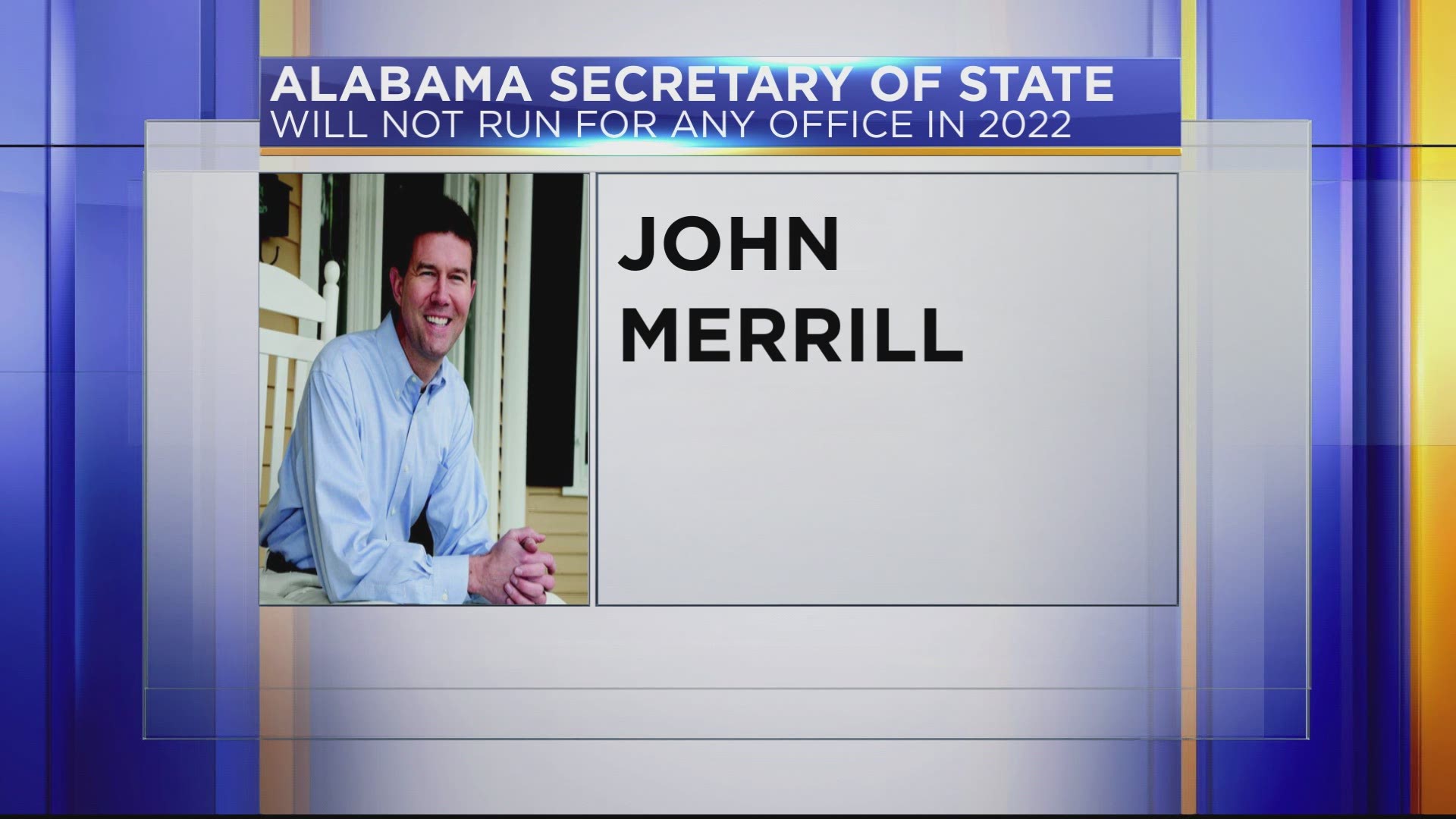 MONTGOMERY, Ala. — Alabama Secretary of State John Merrill on Wednesday, April 7, announced he would not seek candidacy for any office come 2022.

The announcement comes after he told reporters with AL.com he had an affair with a 44-year-old-woman, according to a report.

Merrill issued the following statement regarding the decision:

“Since January of 2015, it has been my honor to serve as the 53rd Secretary of State of Alabama. During my time in office, we implemented America’s toughest voter ID law, slashed our office budget and saved Alabama families millions, and made government operate at the speed of business, as opposed to the speed of government.

“With the end of my term coming up in January of 2023, I have been presented with a variety of options for where my path in public service could lead. After much prayer, reflection, and conversations with my wife, Cindy, I have decided that I will not be a candidate for any office in 2022.

“Life presents us with a series of chapters, some more challenging than others, in our book of life, and when one finishes, another one begins. While I remain fully committed to continuing my service as your Secretary of State through the end of my term, I do not know what the next chapter will present for me and my family.

“I am incredibly humbled by the outpouring of support of many Alabamians throughout our great state. I am surrounded by a great team and we look forward to finishing the goals we set out to achieve before our term ends in January of 2023. I will follow the path the Lord puts in front of me to see what happens next. Regardless, I am extraordinarily proud of all that we have been able to accomplish in the last six years, two months, and 19 days that I have had the esteemed privilege of serving as your 53rd Secretary of State.”

"With the exception of the use of state resources to facilitate his affair, Merrill's personal life and conduct are just that - personal.

The Democratic Party is much more concerned about the allegation that he regularly referred to African American judges and citizens in Alabama as ‘The Coloreds’. If true, he must apologize AND resign immediately."

WZDX News reached out to the Madison County Republican Party and Rep. Mo Brooks' office for a statement. Both declined to comment.