Many on social media are thanking the two girls for saving the votes during the breach. The photo was not taken then. 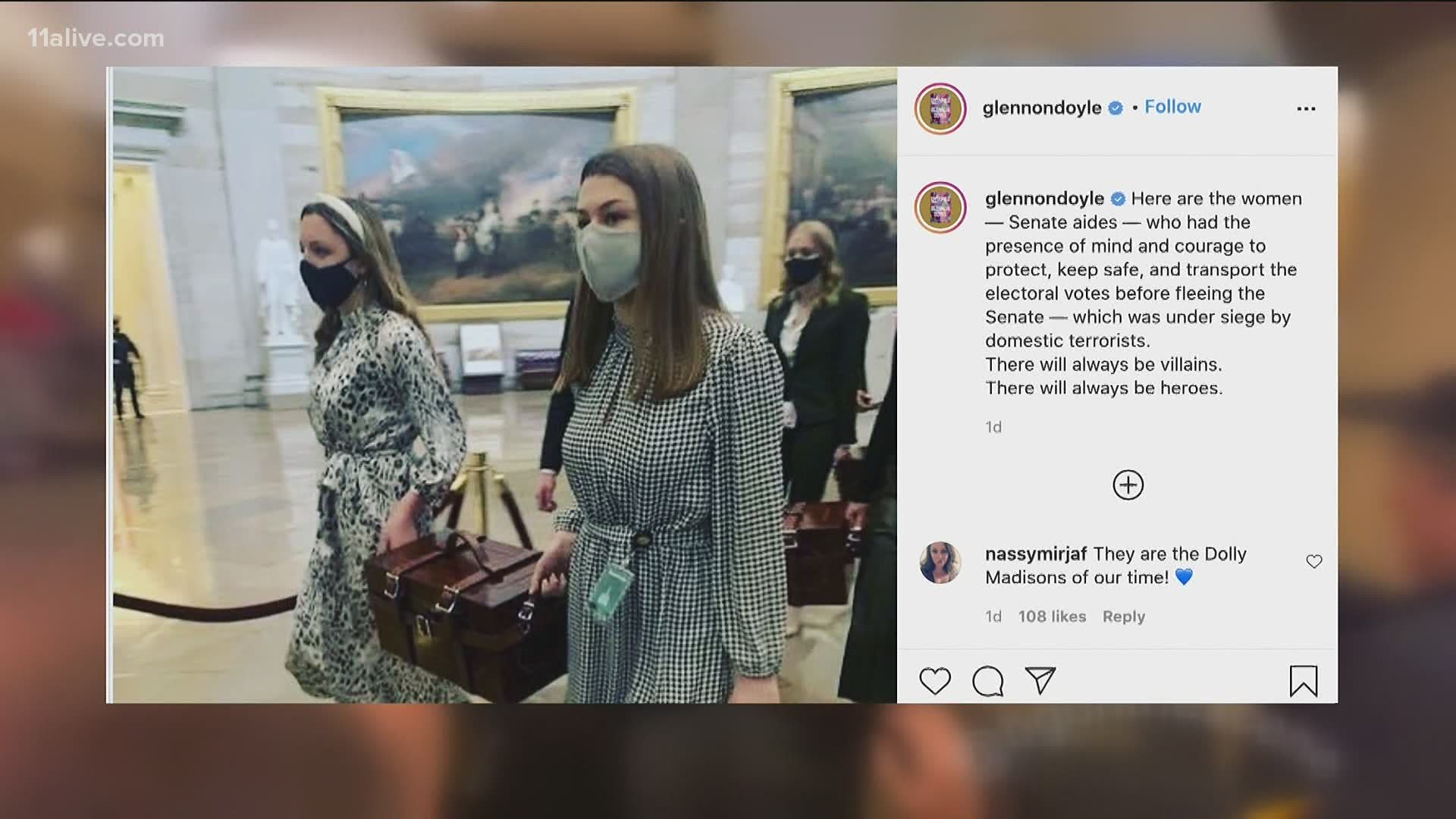 Another photograph of two young women carrying electoral college votes also surfaced and went viral. However, the social chatter didn’t quite get the story right.

Many on social media are thanking the two girls for saving the votes during the breach. Bestselling author Glennon Doyle posted on Instagram, saying that the women “had the presence of mind and courage to protect, keep safe and transport the electoral votes before fleeing the Senate”.

But here’s what actually happened during, and after, the photograph was taken, according to sources who were there.

The image was taken around 1 p.m. prior to the breach. It shows two chamber assistants. The one on the right is a sophomore at Emory University and the girl on the left is a Northwestern student.

Sources tell 11Alive’s Paola Suro that they were then on lockdown for five hours and later went back into the House chamber to continue the certification of votes at 8 p.m. that night.

The story behind this photograph now on #11Alive. If you miss it, check it out on our website. https://t.co/hRnPy2Vd9j

The Emory student told the Washingtonian that she felt that continuing with the certification of votes was the best message they could have sent to the people trying to intimidate them out of doing it.

“We were definitely anticipating (the crowd) getting a lot bigger, but we didn’t see any of the violence or destruction coming – I don’t think anyone was expecting it to go that far,” the sophomore said. "Within a matter of minutes, they had broken down the barricades, they were inside (the chamber).”

As of Friday, five people died, dozens of officers were injured and nearly 100 people have been arrested.