League of Women Voters of the Tennessee Valley celebrate the 100th anniversary of the ratification of the 19th Amendment.

ATHENS, Alabama — The League of Women Voters of the Tennessee Valley celebrated 100 years of a woman's right to vote, by registering people to vote on Saturday at Athens-Limestone County Public Library. Leaders say 17 people were registered to vote, and 16 people requested absentee ballots. Organizers say so far they've helped close to 300 people since the start of the drive-up voter services in July.

Organizers say they're hoping more people will turn out for the general election in November, after a low turn-out from Tuesday's municipal elections.

Leaders say the good news is that they are impressed with the number of people choosing to vote absentee.

"People are learning what it means to vote absentee, because a lot of folks have never voted absentee before. And so, they're going through it the first time. The second time will be easier. You know what to expect."

League of Women Voters of the Tennessee Valley
The ratification of the 19th amendment "marks for African American w... omen a start, not a finish." "It fuels a new chapter in the struggle for voting rights in the United States, a movement that Black women will lead all the way to 1965 and passage of the Voting Rights Act." 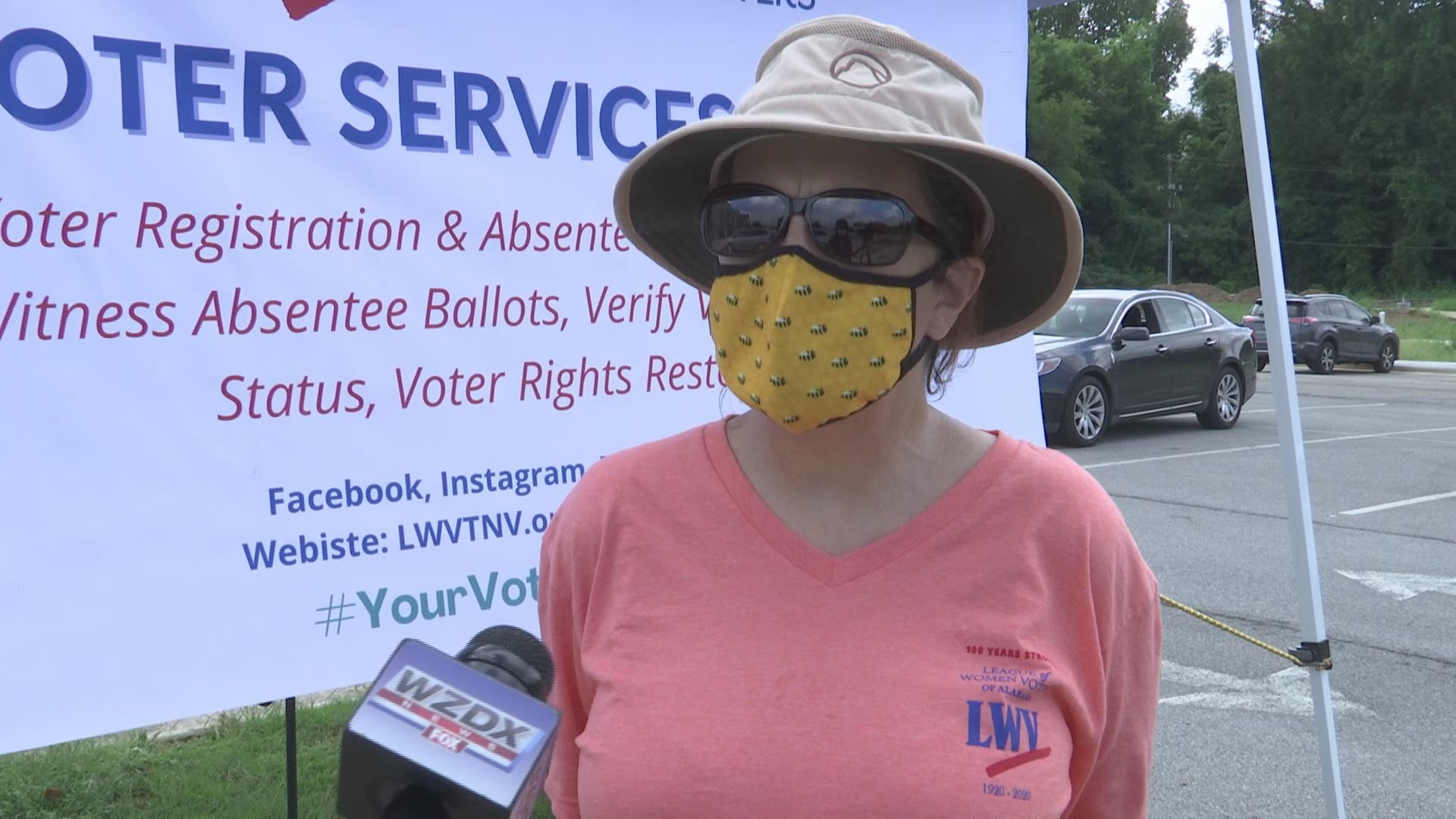 Leaders at the Athens-Limestone County Public Library say they've seen the impact the organizers have provided to the community.

"We are a great central location here in the Downtown. So it's just a great place for everyone in Athens and in Limestone County. It's a good place for them to come and meet up," says Head of Adult Programming, Kristopher Reisz.

The next voter drive up services will be next Saturday, Labor Day Weekend, at First Missionary Baptist Church in Huntsville.