Leaders with the League of Women Voters for the Tennessee Valley believe the sooner voters request their absentee ballots the better. 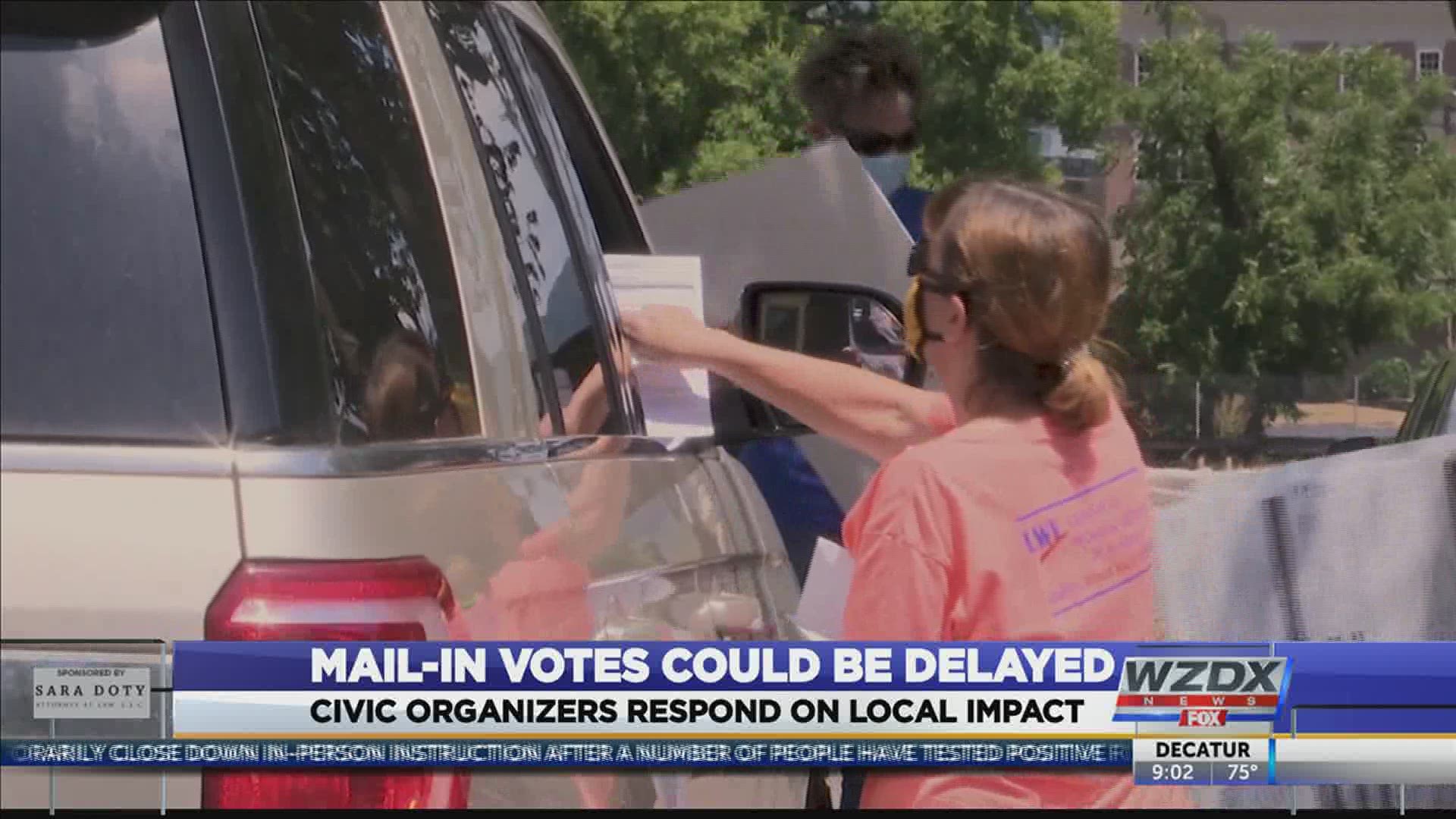 HUNTSVILLE, Ala. — This November, millions of mail-in votes could be delayed according to the United States Postal Service. The USPS is preparing for a spike in absentee ballots due to the pandemic.

The Post Office sent letters to 50 states and warned that 46 of them, including Alabama could miss the mail-in vote deadline for Election Day.

Jones says they've helped more than 120 people request for absentee ballots since last month. When asked if there is any voter suppression is in the area, Jones says it's tough to call.

However, she says completing the absentee ballot is not a straight-forward process. "What we find is that there is basically a whole lot of people that have trouble working through the steps of the absentee ballot process because it's not a simple process," says Jones.

The municipal election is less than ten days away. Jones also offers this advice: "When people want to fill out an absentee ballot application for the municipal election; we're helping them get all that ready, but then we're telling them to take it to the city hall and deliver it to the elections manager directly, and then they can vote that day," says Jones.

Sarah Willard updated her voter information, and also requested an absentee ballot. She says the controversy with mail-in ballots is concerning, but says she'd like to believe in our system.

"It's been a crazy year. This is not a normal year for us. We're going to have to start thinking outside the box on how to make the processes work and do what we need to do to make sure everybody gets heard," says Willard.

Jones says the earlier you request an absentee ballot the better. "We've really kind of adjusted what we're recommending to people; to say that you need to get your absentee ballot in as soon as possible," says Jones.

USPS strongly recommended in the letter to the Alabama Secretary of State's office that voters should submit their absentee ballot request at least 15 days before the election.