Vote Gone Viral, The League of Women Voters of the Tennessee Valley, and Alabama Non-Violent Offenders are informing returning citizens on their voter status. 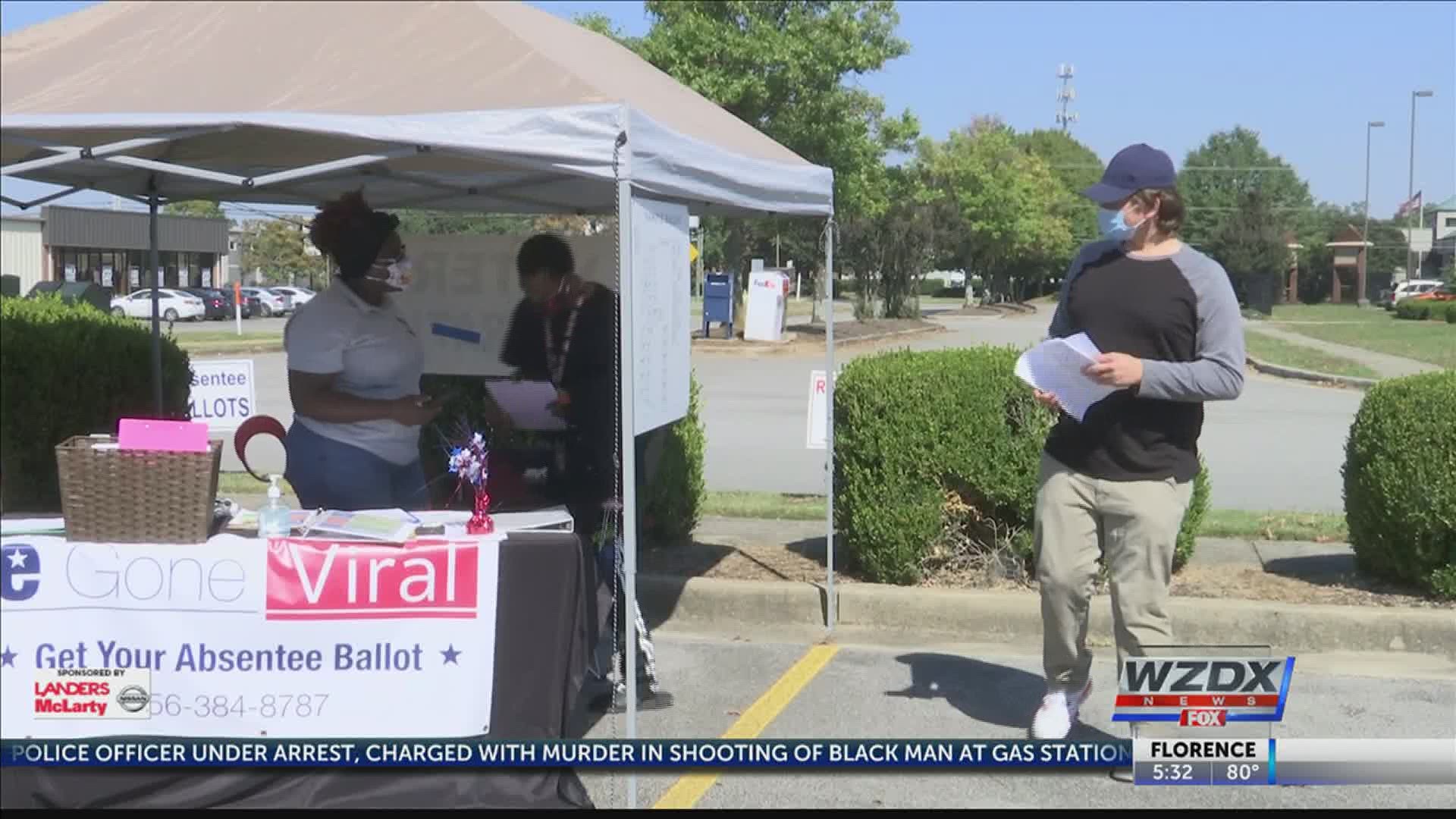 HUNTSVILLE, Ala. — If you have a criminal record, several Huntsville groups want you to know that you may be eligible to vote in November. 'Vote Gone Viral', 'League of Women Voters of the Tennessee Valley', and the  'Alabama Non-Violent Offenders' have teamed up to help returning citizens know their voter status and eligibility."

More than a dozen people heading in and out of the Day Reporting Center on Tuesday found out that they or their loved ones can mark their ballots November 3rd.

"Let it be known, I'm one of the people who didn't think they could vote," says registered Voter, Quinton Corbett.

"My daughter, she registered to vote. I've been trying to get on her the last two years," added Ruth Stafford.

WZDX News caught up with Alabama Secretary of State John Merrill earlier today. He explains the process of voter restoration after crimes of moral turpitude were defined in 2017.

However, not many returning citizens know this.

Many people also don't know they still have the right to vote even if they were convicted of a crime. "The fact that people - they don't have the latitude to determine things that are not on the moral turpitude list. They need to follow the law, and that's what we're helping with," says League of Women Voters of the Tennessee Valley, Voter Services Chair Kathy Jones.

The voter registration deadline is on October 19th, and organizers say stopping here is a way to inform people on rights they may not know they have.

'We think it's great to have a opportunity to come to the Day Reporting Center, on the reporting days when we know that hundreds of people will show up to share that information," says 'Vote Gone Viral' organizer, Angela Curry.