Homeless communities face obstacles when it comes to voting 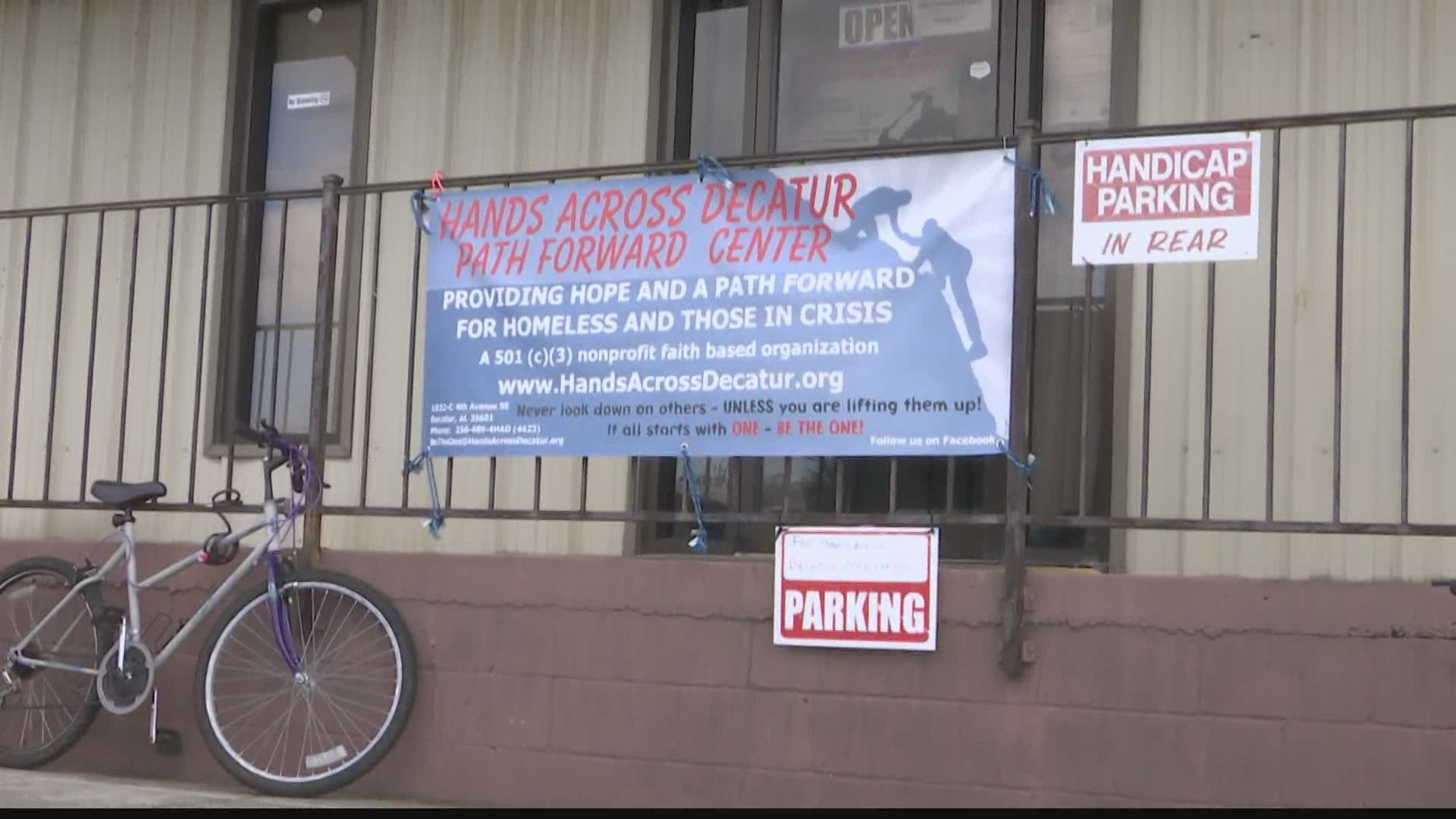 DECATUR, Ala. — The primary election is coming up Tuesday, with folks across Alabama are getting ready to vote, and there's a community that faces some real obstacles when it comes to being able to vote-- and that's homeless communities.

Hands Across Decatur serves more than 100 people in the homeless community-- many of whom Executive Director Sue Terrell says want their voices heard and want to be able to vote.

Hands Across Decatur is a non-profit helping the homeless in Decatur.

" Most of our homeless do want to vote," said Terrell. "However, they have no address. You have to have an address to get a voter's registration card. If they could vote, there's no transportation anyway."

An ID is also needed to vote; most homeless people don't have one. At Hands Across Decatur, they help the homeless with getting ID's if it involves helping them get a job.

"We do help them get ID's," said Terrell. "Our criteria for ID's is they need to come in here and show me a letter on company letterhead they've been offered a job or they've gone to a personnel agency and have taken the test. Then, I actually put them in my car and take them and pay for their ID. They are $36 per ID, and we are totally a volunteer organization. We are funded by private donations. We have no grants. No regular funding."

While Hands Across Decatur is doing everything they can to help the homeless, others in the community also see the obstacles the homeless face when it comes to voting and are trying to help.

"Other people see, yes," said Terrell. "My friend Suzanne came in yesterday to help people register to vote. And one person had an address, so he registered to vote."

That's just one of many she says who want to vote.

"They need to be able to vote too because they are constituents," she said. "They live here like you and I do."

Hands Across Decatur depends on the community's support to be able to help folks not only with meals and clothes but also for financial donations as well as help with the soup kitchen, which are both needed. You can visit Hands Across Decatur's website to donate. You can also reach out to Sue Terrell via phone or email for more information about donating at 256-686-4423 or Sue@HandsAcrossDecatur.org.