In addition to candidates running for office, there are six Alabama statewide amendments on the ballot. 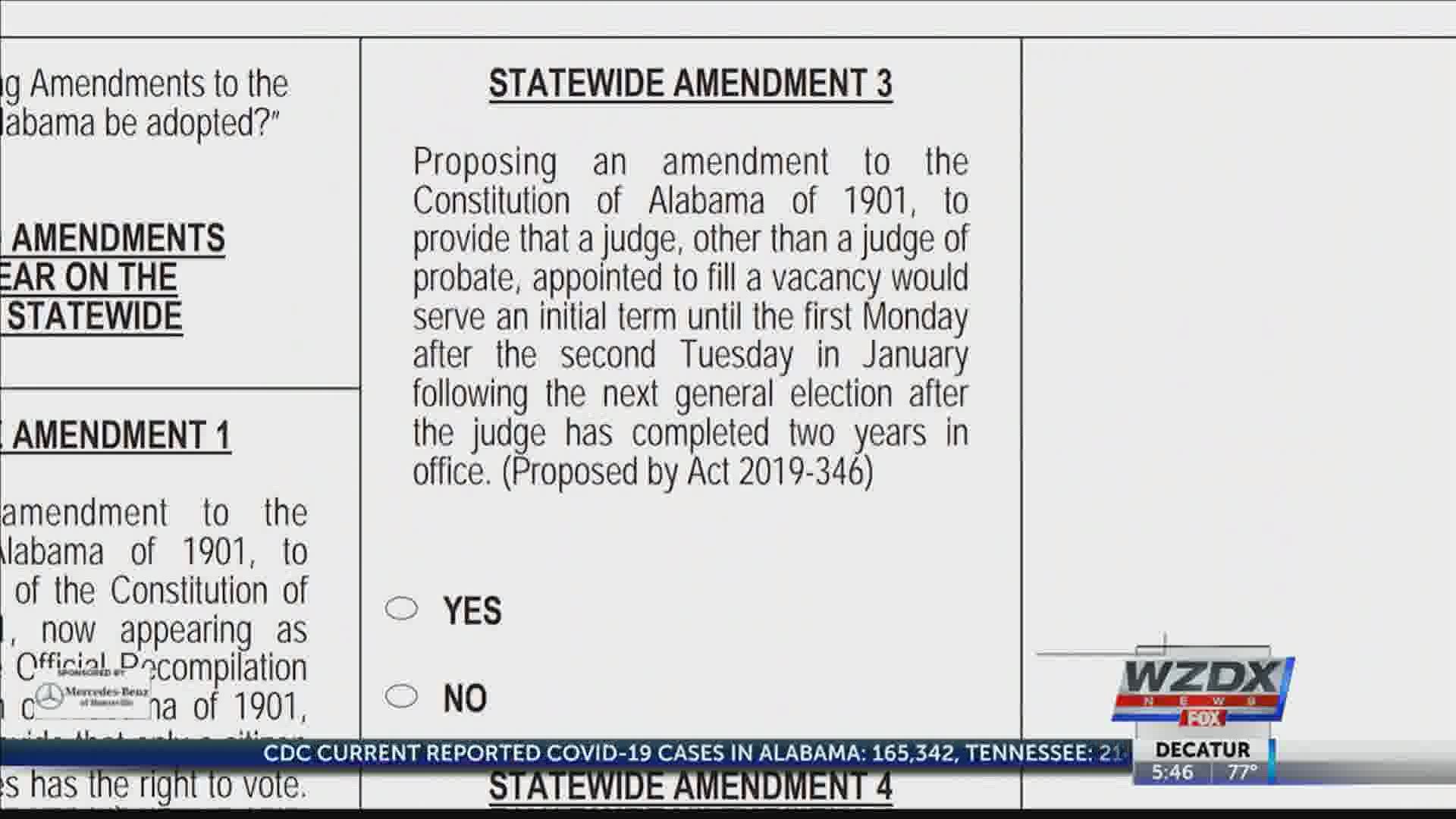 HUNTSVILLE, Ala. — We know people running for office are on the ballot this November. However in Alabama, there's also six amendments on the ballot.

Leaders with the League of Women Voters of the Tennessee Valley say some people didn't know that amendments were on the ballot.

"I've had people call me, and say oh my gosh I went down to vote and I had no idea these were on the ballot and I didn't know how to vote," says League of Women Voters of the Tennessee Valley Coordinator, Pam Caruso.

Caruso says it's important that voters know the meaning of these amendments. Statewide, Amendment 1 to the Alabama Constitution ensures only U.S. citizens can vote. "When you go a little deeper and actually realize that's pretty much how it's already written. It's just changing the word," says Caruso.

Caruso says that amendment requires a closer look, and so do Amendments 2 and 3. "The second and third amendments are on the judicial, and the second one I believe has six parts to it," she added.

Amendment 2 on the ballot is quite lengthy and includes the appointment of judges. Amendment 3 addresses the length of time a judge can fill a vacancy.

Caruso says Amendment 4 allows legislators to propose drafts to the constitution. "That one seems to have a lot of backing by several groups and several legislators."

Amendments 5 and 6 are specific to both Franklin and Lauderdale counties. "It allows them to use deadly force for protection in a church setting," added Caruso.