The bill also allows parents or guardians to opt their students out of such instruction. 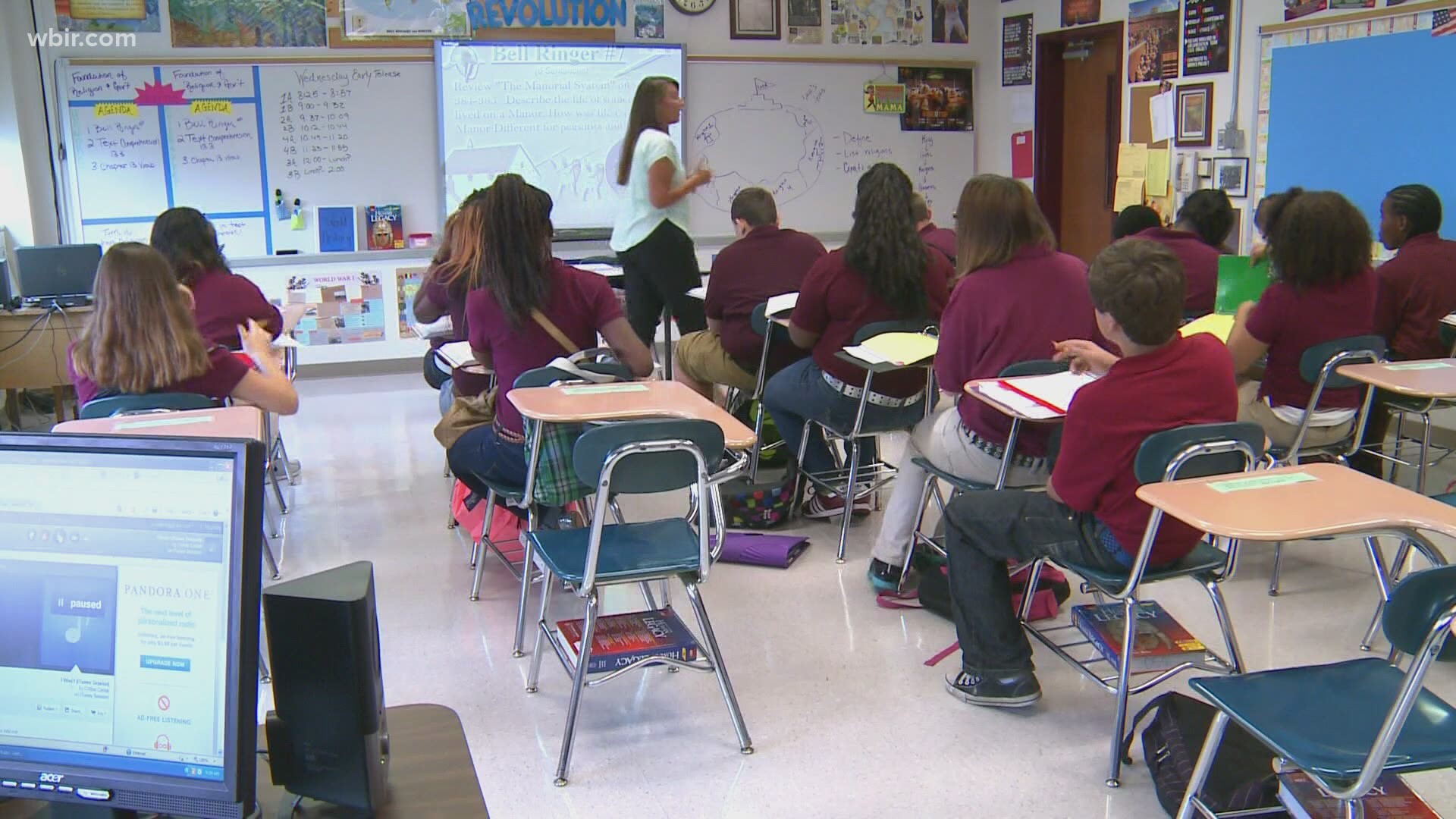 NASHVILLE, Tenn. — The Tennessee Senate advanced legislation that would require school districts to alert parents of any instruction on sexual orientation or gender identity.

The bill also allows parents or guardians to opt their students out of such instruction.

Backers of the bill argued Monday that the measure strengthens parental rights, but critics counter it could further alienate students already marginalized.

After clearing the Senate, the bill must now pass the GOP-controlled House.

Governor Bill Lee has not weighed publicly whether he supports the measure.

The Tennessee Senate advanced a bill on Wednesday that would allow students to opt-out of lessons that involve LGBTQ+ content.

S.B. 1229 was introduced by Senator Paul Rose (R - Tipton County, part of Shelby County) and would require schools to notify parents about upcoming lessons within 30 days of teaching them, regardless of its context.

If the instruction includes content about sexual orientation or gender identity, regardless of whether it's offered as part of a family life program or sex education program, schools would need to notify parents about it. Parents would also be able to examine instructional materials and speak with educators about them.

The bill specifies that instruction of LGBTQ+ content can include distributing materials, administering tests, or conducting surveys.

If a parent wants, they can request students to be excused from the lesson. They would need to submit a written request to educators, and the school would not be able to penalize students who are excused.

The bill passed the Senate Education Committee and is headed to the full Senate for a vote.