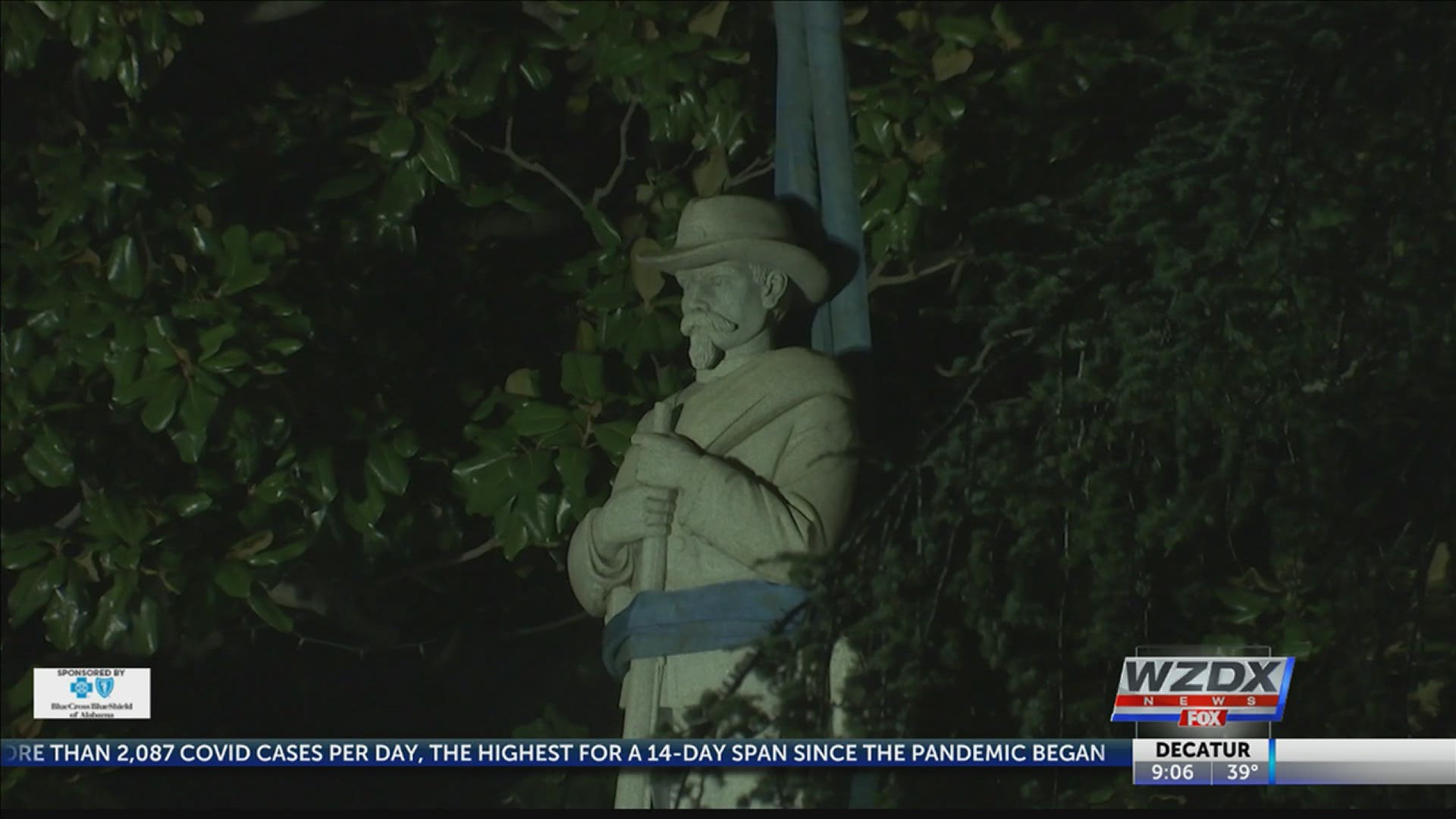 MONTGOMERY, Ala. — Editor's note: The attached video was published in November 2020 when a Confederate monument was removed from outside the Madison County Courthouse in Huntsville.

Alabama Attorney General Steve Marshall will seek a second term as Alabama’s 48th attorney general. Marshall made the announcement on the lawn of the Attorney General’s Office in Montgomery surrounded by supporters. Marshall pledged to continue to fight violent crime, root out political corruption and defend Alabama against what he said is Biden administration overreach.

“On January 12, 2018, I stood across the street on the Capitol steps to acknowledge the mandate that I’d been given by the people of Alabama, as their Attorney General, to defend Alabama’s sovereignty and to protect her people,” Marshall said. “I have come to work every day since, fighting with everything I have, to deliver on those directives.”

Marshall referenced his office’s ongoing fights against progressive criminal justice policies that threaten public safety, as well as his aggressive number of high-profile corruption investigations and prosecutions. Several of these cases have trial dates set for this summer.

“As you have witnessed in all parts of this state, my Office is fighting crime and corruption at an unprecedented level, and we have no intention of slowing down,” Marshall said.

He also emphasized his record of fighting the Biden administration:

“We are in a fight—for the sovereignty of our state and for the safety of our citizens,” Marshall said. “It is a fight that I gladly take on each morning when I walk up the stairs of this building and join the men and women hard at work inside. It’s a fight that I’ve been privileged to fight for you—the people of Alabama—for the last four years, and one that I look forward to continuing for four more years as your Attorney General.”

Marshall was elected as attorney general in 2018, after being appointed to the vacant position by then-Gov. Robert Bentley in 2017. The position was made vacant when Bentley appointed AG Luther Strange to the vacancy in the Senate created when the Senate confirmed former Sen. Jeff Sessions as U.S. Attorney General.

Marshall was a longtime district attorney in Marshall County. Marshall’s wife died by suicide during the 2018 Republican runoff campaign. They have one adult daughter. The 2022 Republican primary will be on May 24, 2022.

Gov. Kay Ivey on Wednesday announced that she is seeking re-election as governor. Lt. Gov. Will Ainsworth will formally launch his re-election as lieutenant governor at an event in Guntersville on Friday that will include Ivey and country music star Riley Green. Alabama Department of Agriculture and Industries Commissioner Rick Pate is also running for re-election.

Secretary of State John Merrill and State Auditor Jim Zeigler are term-limited from running for another term. Merrill has already announced that he will not be running for another office in 2022. Zeigler said that he is being encouraged to run for governor. He will make a decision on whether or not to form an exploratory committee next month.

Congressman Mo Brooks, R-Alabama, and former Ambassador to Slovenia Lynda Blanchard are running for the U.S. Senate seat. Former BCA President and CEO Katie Britt is expected to announce that she is also a Senate candidate. Incumbent Sen. Richard Shelby, R-Alabama, is not seeking reelection.