Police charged a man with Capital Murder after a shooting Tuesday night that left one man dead and his wife's car wrecked. 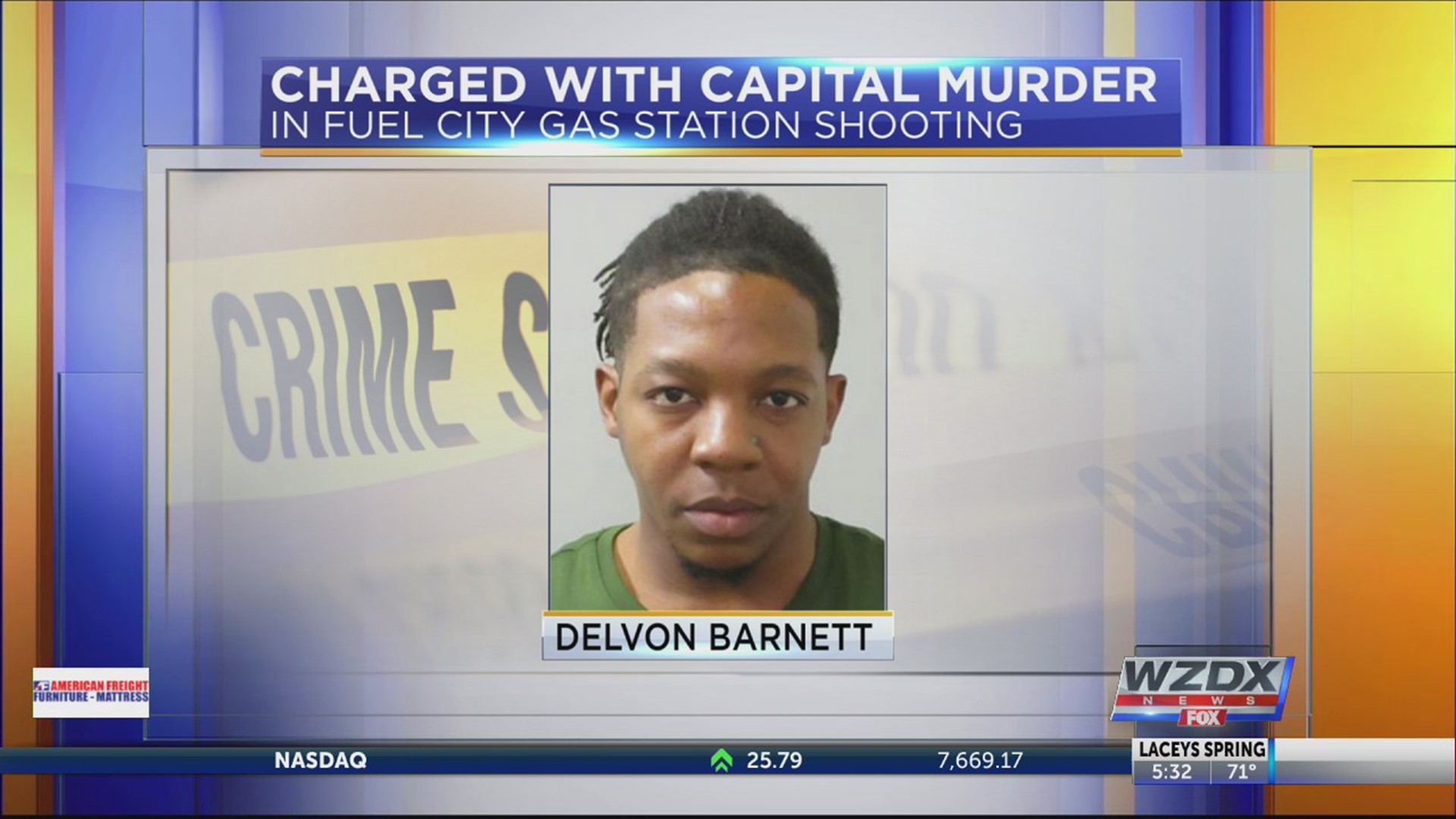 Police charged a man with Capital Murder after a shooting Tuesday night that left one man dead and his wife’s car wrecked.

Delvon Oneal Barnett, age 29, was arrested Wednesday night after fast work and many interviews by homicide investigators. He is being held without bond in the Madison County Jail.

Officers determined that the driver, 41-year-old James E. Jones, was involved in a drug transation gone bad. During the investigation, officers discovered that the suspect was also in the car and a drug transaction/robbery was underway at the time the shooting occured.

The Huntsville Police Major Crimes Unit, working with the Madison County Sheriff’s Department and Madison County Probation Officers, identified the suspect. Barnett was taken into custody Wednesday afternoon. A search warrant served at the suspect’s home recovered evidence linking him to the shooting.

Huntsville police officers responded at about 10:00 p.m. Tuesday night to a women reporting that her husband had been shot the Fuel City at Hwy 72 and Mastin Lake Rd. She crashed their vehicle while trying to get him to the hospital.

Officers responding to the wreck confirmed that the man had been shot and called for HEMSI to respond. The victim was pronounced dead shortly after.

The investigation into this incident is ongoing.