Huntsville Police announced today that Ashley Gene Rice has been arrested for trafficking cocaine in North Alabama. Three more warrants will go out for others i... 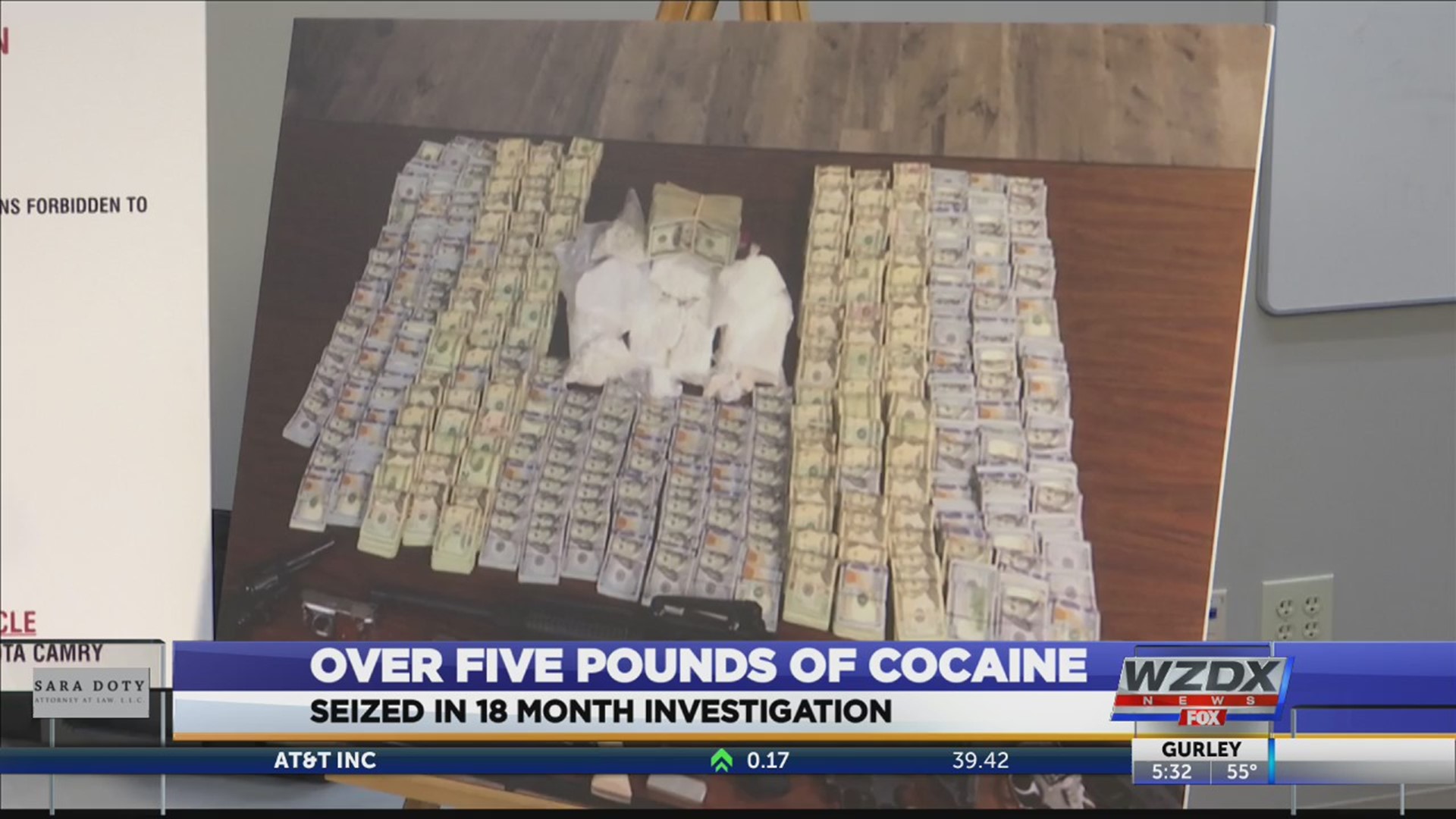 Three more warrants will go out for others involved in what they’re calling the Rice Family Drug Trafficking Operation. Investigators say the people involved are all related.

This comes after an 18 month investigation by the STAC team and the FBI Safe Streets Task Force.

After searching buildings in Huntsville, New Market, and Toney, investigators found over five pounds of cocaine, eleven guns, and $500,000.

Lt. Tony McElyea, Community Resource Sergeant at the Huntsville Police Department, said, “Anytime you take somebody off at this level, it definitely funnels down and trickles down. This is huge for the community, and not only the amount of drugs but the amount of money. They don’t have that money to purchase more drugs.”

Investigators say the street value of the drugs seized is over $195,000.