Only 1 in 10 homeowners have flood insurance: With all this rain, you may need it 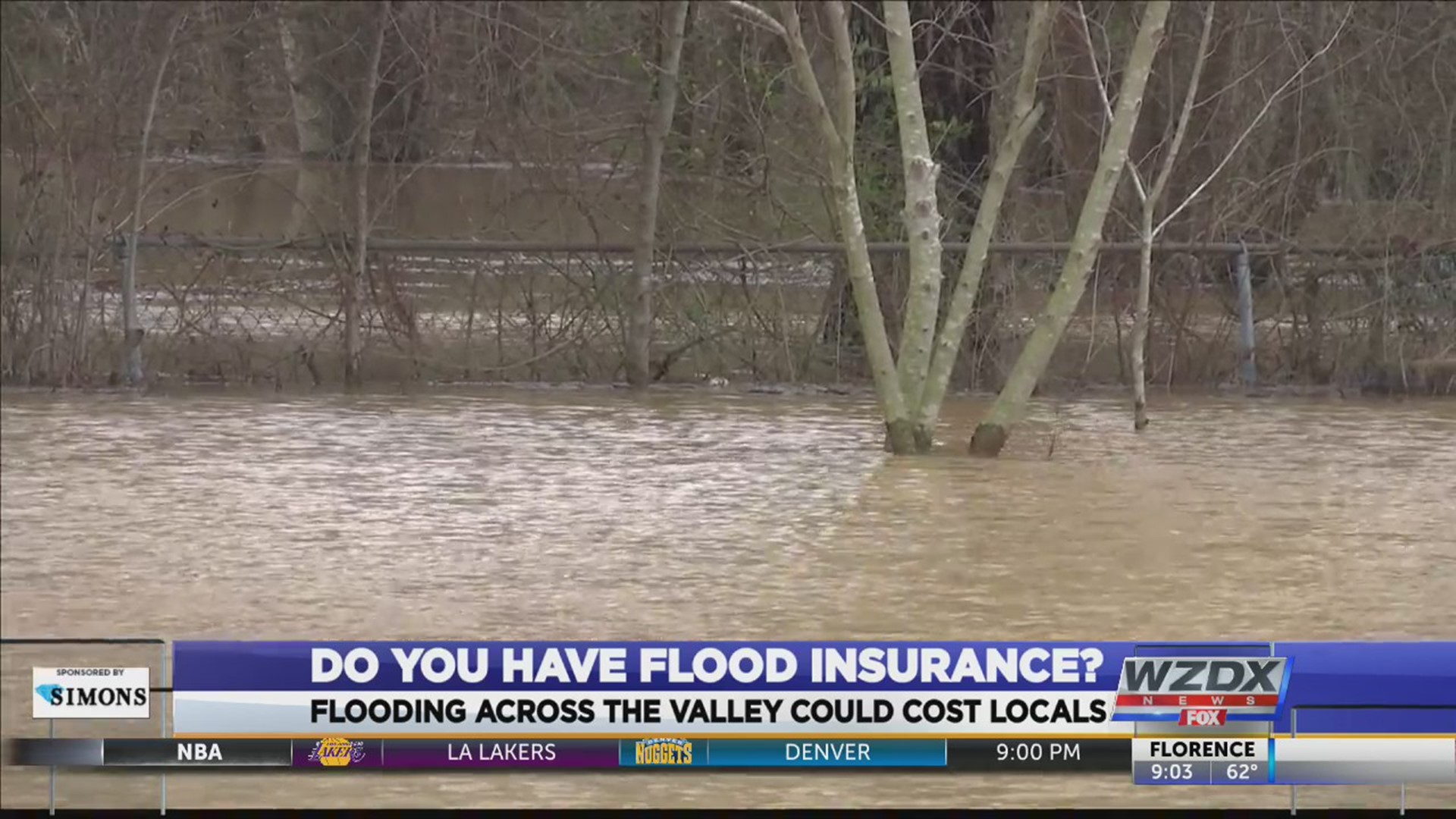 Less than 20% of homeowners have flood insurance. With all the rain we’re experiencing in North Alabama, you may need it. You probably have home insurance and think “I’m good”. But, you might want to take a second look. Chances are– you’re not covered.

That might be a shocking thing for most property owners to hear. We stopped by Budget Insurance Agency in Huntsville. With all this road and yard flooding across the valley, they say locals need to make sure they’re covered.

Newman says, “Definitely always check what’s on your home owner’s policy. Because there could be a wide range. There’s just the basic fire, which won’t cover any water at all. But if you have the advanced policies, it will cover stuff like your pipes busting inside you walls and that kind of damage.”

But, that won’t cover you from flooding caused by the weather or natural causes.

Home flooding insurance is purchased completely SEPARATELY from homeowners insurance. And you get it  from a federal program.

Policies can be purchased from the National Flood Insurance Program.

Only 1 in every 10 American families own home flood insurance. That number is comes after a rise in policy purchases over recent years. Floods are not covered by basic homeowner’s policies, and the term “flooding” could mean just about anything to insurance companies. So, you could find yourself coming out-of-pocket for damages.

With the extreme amounts of water we’ve seen in places like Lacey’s Creek, locals should know they could be at risk.

After a heavy rain season in 2019, we experienced major flooding in the valley. That took a hit on locals’ wallets– whether the water was at their front door or not. Megan Newman tells our reporter, “The flood insurance program did a lot of rezoning in North Alabama and put a lot more people in a flood zone that normally weren’t.”

She says history could repeat itself. Newman adds, “We’ve had flood insurance policies almost double because of that.”

Megan tells our reporter, most people don’t know they’re not covered for flooding until it happens– and then it’s just too late. Dealing with the costs after the damage can just be overwhelming.

She adds, “It’s just a lot, dealing with flood.”

The National Flood Insurance Program says only half the homes in the United States that absolutely “need” flood insurance actually have it.