Eight people were killed before dawn Monday in a head-on collision between a box truck and a passenger van on a rural highway. 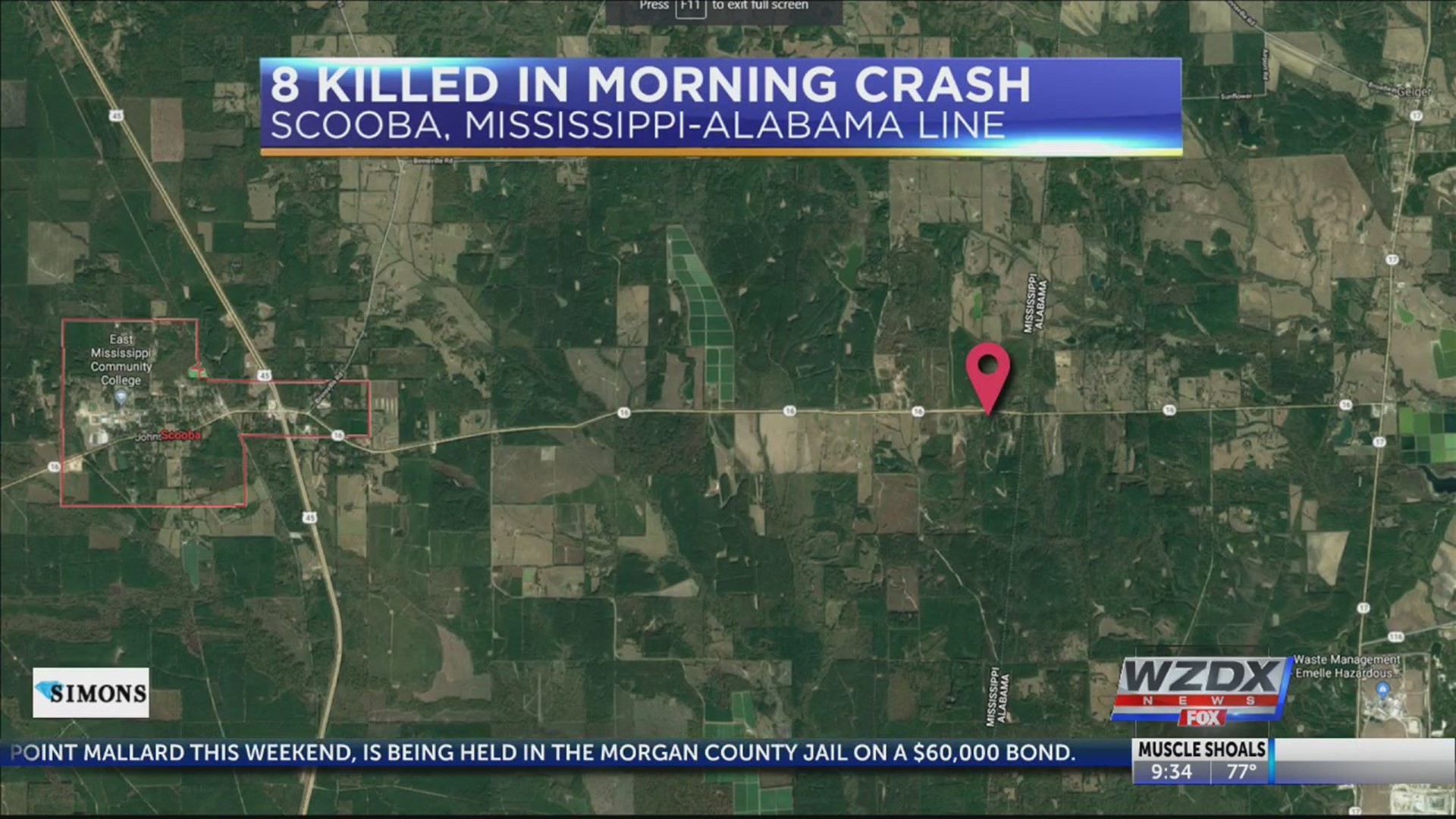 SCOOBA, Miss. (AP) — Eight people were killed before dawn Monday in a head-on collision between a box truck and a passenger van on a rural highway.

All the deceased were passengers in the van, Kemper County Sheriff James Moore told The Associated Press. They did tree work for an agricultural company, Moore said. Most were from Macon, Mississippi — about a 20-minute drive from the crash scene, he said.

“We had rescue workers there who said that out of 25 to 30 years they’ve been doing this, they haven’t had one this bad,” Moore said. “The van is pretty tore up.”

In an interview on the road shoulder near the crash site, Alejandro Estrejo Resendiz said he was driving the van. He had blood on his head from a cut and more blood on his blue jeans, but he said he was otherwise unhurt.

Speaking through a translator, he said the crash happened on a curve near a small bridge as he and the other workers headed for their jobs in Monroeville, Alabama.

They had left Macon, Mississippi, and were about 25 minutes into a more than 110-mile (177-kilometer) drive along rural roads.

Resendiz said he was in his lane and tried to avoid the truck but couldn’t.

“At the moment I tried to swerve, get over to the side, the truck hit me,” he said.

The truck pushed the van backward into the guardrail, where it came to rest. The asphalt was gouged, and metal guardrails were bent. The road was stained with fluids from one of the vehicles.

Asked if he felt lucky to be a live, he said, “It was a miracle.”

Investigators on Monday were working to reconstruct how the crash happened. Weather is not believed to have been a factor, the sheriff said.

Volunteer rescue workers from Kemper County and from the nearby town of Philadelphia, Mississippi, responded.

“You do what you can to preserve the bodies with dignity,” Moore said. “After it’s over with, that’s when it starts to set in what you’ve just done.”