A crackdown on violent crime in North Alabama has resulted in a record number of prosecutions in our area, according to US Attorney for the Northern District of... 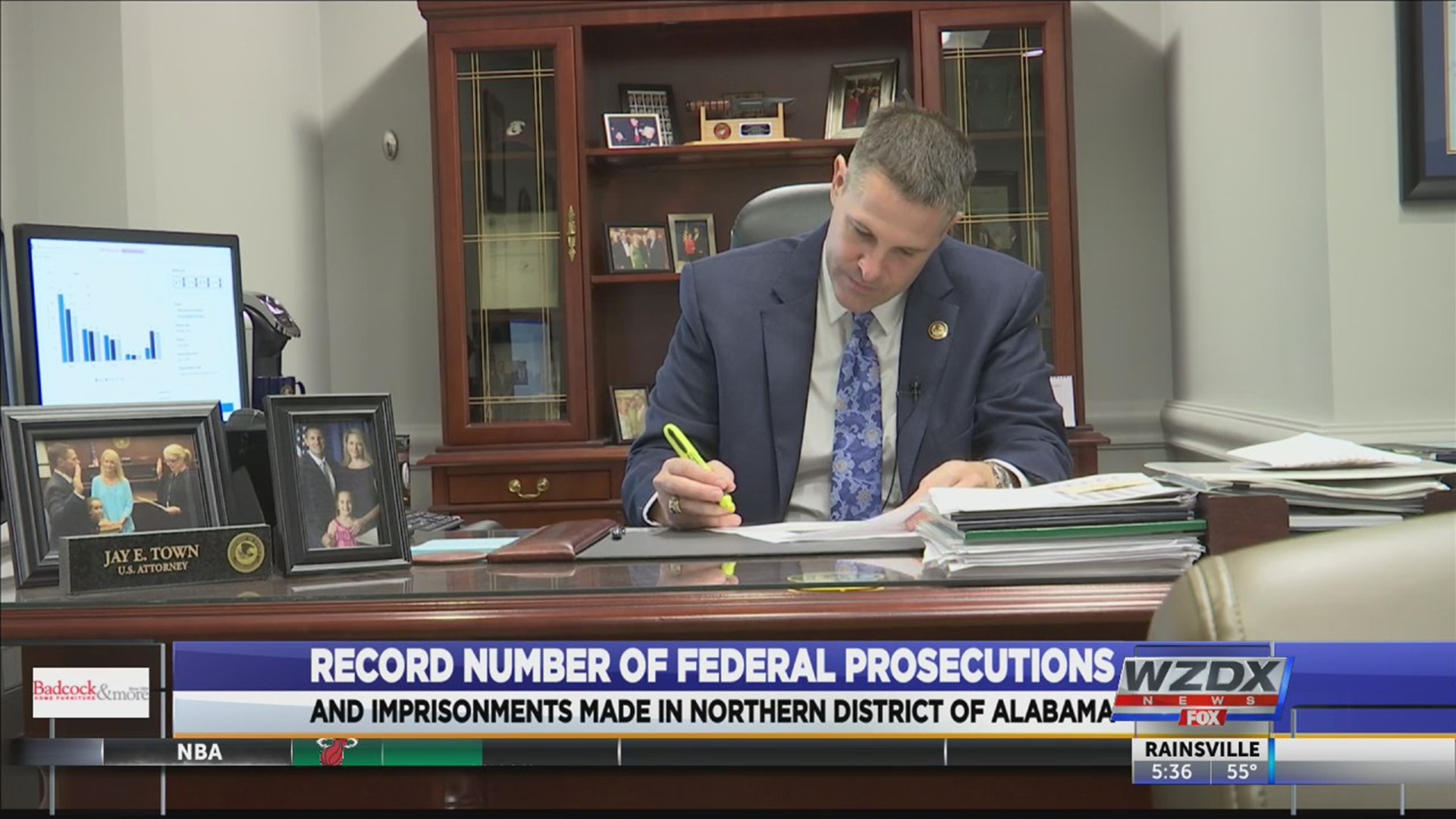 A crackdown on violent crime in North Alabama has resulted in a record number of prosecutions in our area.

Town says what we are seeing across the district is violent crime trending downward.

“What I expect the district to see– the citizens here– what they deserve and I expect they will see– is that their streets will be safer,” said Town. “Their children will be safer. Violent crime will hopefully continue to decrease because we are removing these alpha criminals from the streets.”

Town says out of large districts in the US, the Northern district of Alabama ranks 5th in federal prosecutions. It ranks 10th overall.