This means 2.9 million deaths have been avoided since 1991. 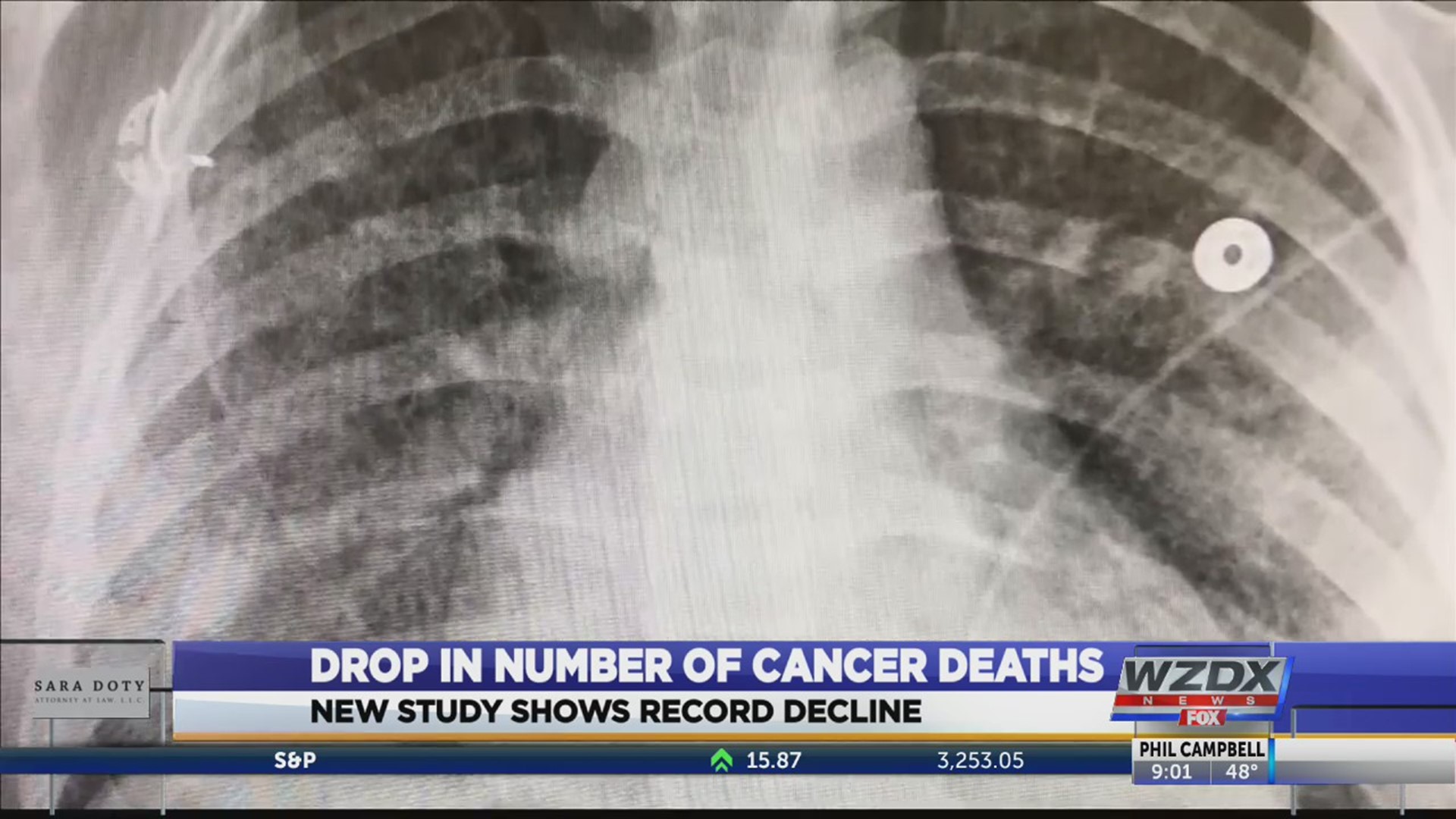 The American Cancer Society released a study Wednesday, saying there’s a record breaking drop in cancer deaths in the U.S.

New developments in treating lung cancer led to the decline. Lung cancer is one of the most common forms and impacts many, especially with the increase of vape-related illnesses and deaths in 2019.

This means 2.9 million deaths have been avoided since 1991.

Kaki Morrow/ American Cancer Society: “In the case of cancer screenings, ignorance is not bliss at all. The sooner you know about things, the sooner you can prevent things and ultimately have better outcomes if you ever have to hear those words ‘You have cancer.’”

American Cancer Society reports, cancer rates have steadily been declining since the 1990’s. But, it still impacts millions.

Kaki Morrow says, “Either you know someone or you have been affected by cancer directly.”

American Cancer Society’s Kaki Morrow says, “Make sure you keep up with your appointments. Those annual appointments or every 6 months– those exist for a reason.”

Representatives from the American Cancer Society say they just hope this progress continues. Kaki Morrow tells us, “It’s a big step in the right direction. But it also tells us we have so much more work to do.”

It’s very important to pay attention to your body’s signs, attend screenings, and learn how to conduct self-exams.  Early detection is key.