New policy will limit number of cars in funeral procession

DECATUR, Ala. – A city in Alabama is limiting the number of vehicles allowed in funeral processions after local authorities say they became “large and dan... 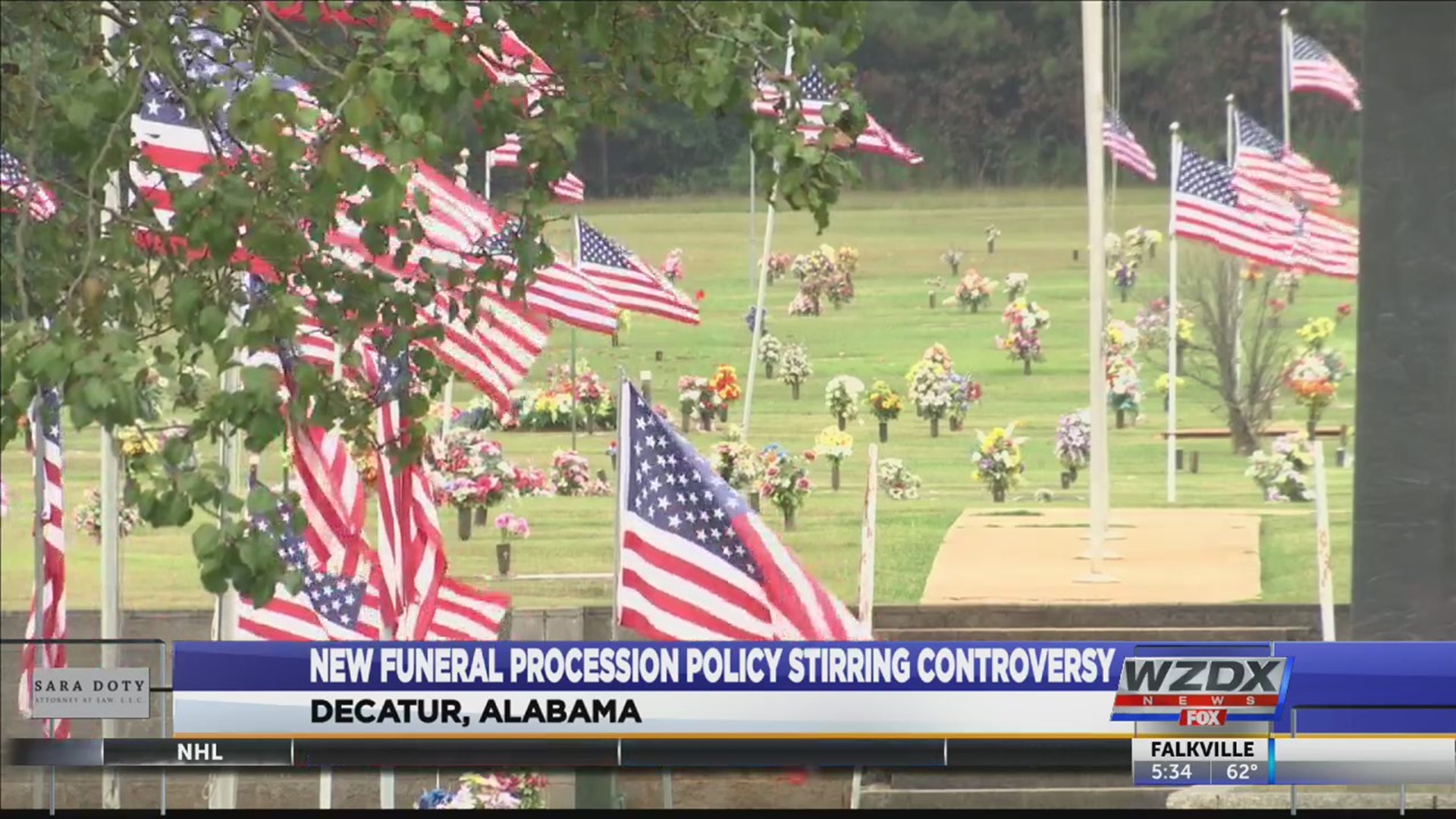 DECATUR, Ala. – A city in Alabama is limiting the number of vehicles allowed in funeral processions after local authorities say they became “large and dangerous.”

Decatur, Alabama, police Chief Nate Allen says only 15 vehicles will be permitted to drive in processions, in addition to a hearse, a funeral home vehicle and a vehicle for family of the deceased.

“They can have as many cars as they want to, they just can’t have everyone get there at the same time,” Chief Allen added.

Chief Allen suggested that folks who want more vehicles included can do so by contacting the department.

“They could have 400 cars or something of that nature. We can tell them the best way to get there and how to break the procession up because ultimately everyone wants to get to the burial site from the funeral home or the church.”

Capt. Chris Jones told Decatur Daily that up to 40 vehicles were driving in a line during some processions, “overwhelming” the department’s ability to provide proper assistance. He says neighboring cities have banned processions entirely, but the department instead came up with a compromise.

Councilman Billy Jackson says the tradition should continue unchanged in order to respect the dead. He asked the mayor to override the decision, but the mayor declined to intervene.

Another policy similar to Decatur’s allows up to 25 vehicles per procession. That policy belongs to Huntsville Police Department.

According to HPD, their policy has been in place for years. Their biggest issue though, comes with scheduling their escorts. Lt. Michael Johnson of HPD said manpower within the department limits them from being able to help more.

“Families can receive a free escort, but it is never guaranteed. If the shift is busy answering calls or there is some major traffic or crime event that has quickly pulled manpower, then they will not honor the request even though they may have scheduled it. The safety of the public as a whole and maintaining proper staffing levels is the priority,” he said.

A way families are told to guarantee the escort in Huntsville, is by hiring officers in an off-duty capacity. Those officers are not part of the day to day manpower and can come in with only the funeral escort to perform.

The Associated Press contributed to this article.