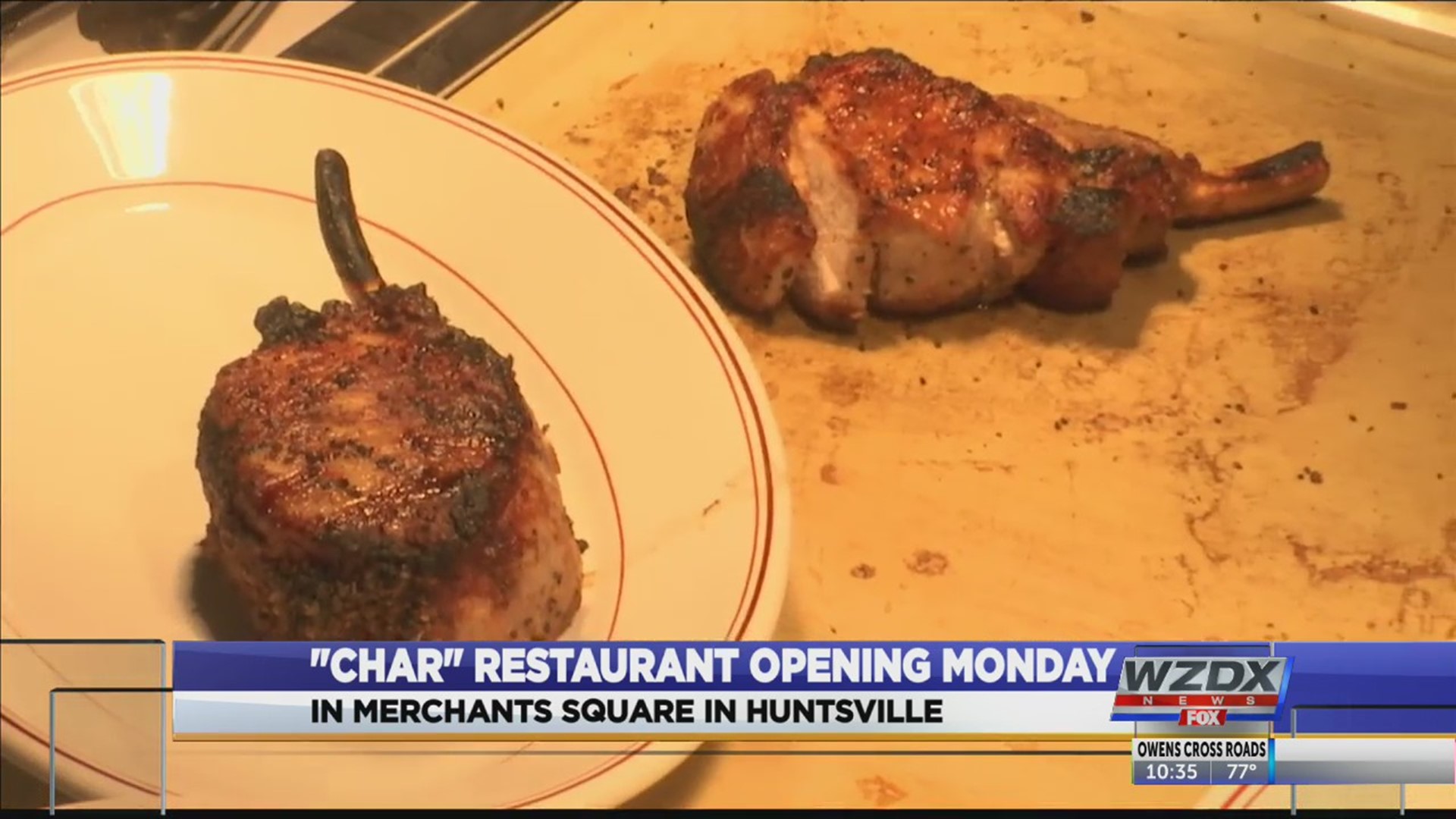 A new contemporary steakhouse is opening in Merchants Square in Huntsville.

The 200-seat restaurant includes a piano bar and private dining area for up to 65 guests. Lunch and dinner menus will be available daily, and weekends will feature Saturday and Sunday brunch and a New Orleans-themed jazz trio every Sunday.

Steven Howell has been named Executive Chef of Huntsville’s Char. Chef Steven is originally from Memphis and has served as Executive Chef at Char in Memphis since opening in 2016. His culinary creativity has been showcased throughout the Char menu, including his creation of one of its most popular dishes, the Cornbread Dusted Redfish with cheddar grits, spinach and Huntsville’s InnerSpace Pub Ale crab and crawfish pan sauce.

Char is part of Nashville-based 4Top Hospitality Group, a multi-concept independent restaurant group with 16 locations across the Southeast.