The Space Weather Prediction Center says Thursday's solar flare could cause aurora displays this weekend to be visible as low as Pennsylvania to Iowa to Oregon. 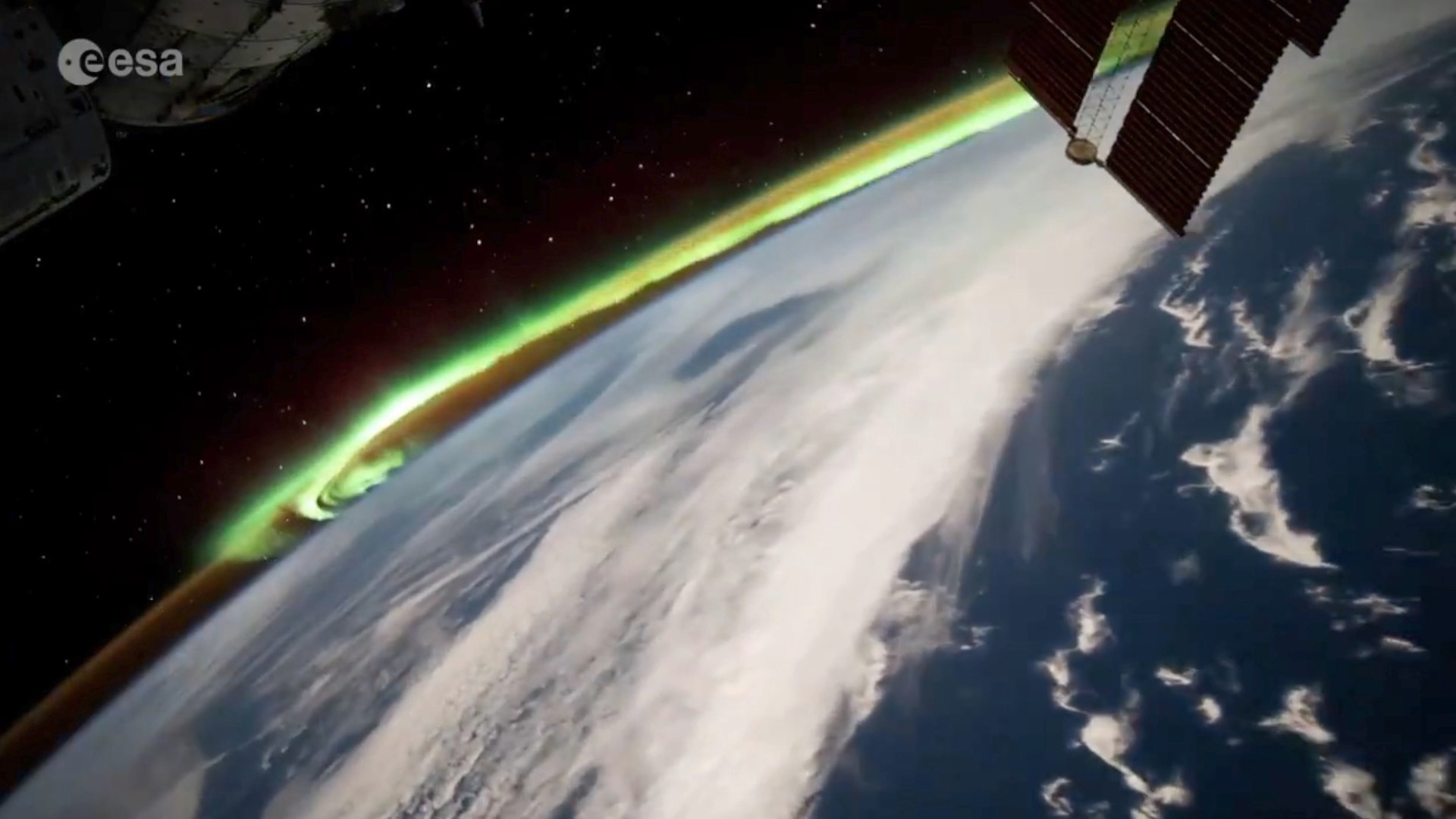 WASHINGTON — A "significant" solar flare was emitted by the sun on Thursday, which could lead to an impressive northern lights display this weekend for some parts of the country.

As a result, the National Oceanic and Atmospheric Administration's Space Weather Prediction Center issued a strong geomagnetic storm watch for Saturday, Oct. 30, and a moderate watch for Sunday, Oct. 31.

Solar flares have a similar classification system as earthquakes. With X-class being the most intense and A-class being the least. The higher the number, the more intense the flare. While X1 is still considered a major flare, a solar flare in 2003 was so powerful it overloaded the sensors, which cut out at X28, according to NASA.

NOAA's Cooperative Institute for Meteorological Satellite Studies at the University of Wisconsin-Madison captured images of Thursday's event, which it joked was a "Pretty cool, er-hot" flare.

"POW! The Sun just served up a powerful flare," NASA tweeted from its official Sun & Space account, along with an image captured by the agency's Solar Dynamics Observatory.

POW! The Sun just served up a powerful flare! ☀️ 💥

At 11:35 a.m. EDT today, a powerful X1-class solar flare erupted from the Sun. NASA’s Solar Dynamics Observatory caught it all on camera. 📸

The Space Weather Prediction Center said some of the possible geomagnetic storm effects for Saturday include that auroras may be visible "as low as Pennsylvania to Iowa to Oregon." That forecast could still change.

Today's X-1 solar flare did launch a coronal mass ejection(CME) towards Earth. The main impact will be felt this weekend in the form of #Auroras & some communication issues. The aurora forecast is fluid and could change dramatically by the weekend. Stay Tuned! #spacewx #cltwx pic.twitter.com/Gu2T66bscB

Solar flares are described as powerful burns of radiation. As NASA explains on its website, Earth's atmosphere blocks harmful radiation from flares from affecting humans on the ground. However, if intense enough, "they can disturb the atmosphere in the layer where GPS and communications signals travel."